Lucy Orta talks us through her 2017 Frieze Project

It’s hard not to feel like something of a world citizen when moving between the stands at Frieze. The annual London art fair, which takes place 5-8 October this year, draws in 160 leading galleries from 31 different countries, as well as a wide range of collectors from across the globe. Yet how does this elite group fit into the kind of wider mix of nations and identities summed up in Lucy Orta’s Antarctica work?

In this interview the British artist – who works with her Argentinian husband Jorge as Lucy + Jorge Orta – runs us through their Frieze Project: to sign up more citizens for their imagined global nation, on a set of repurposed army surplus trailers. 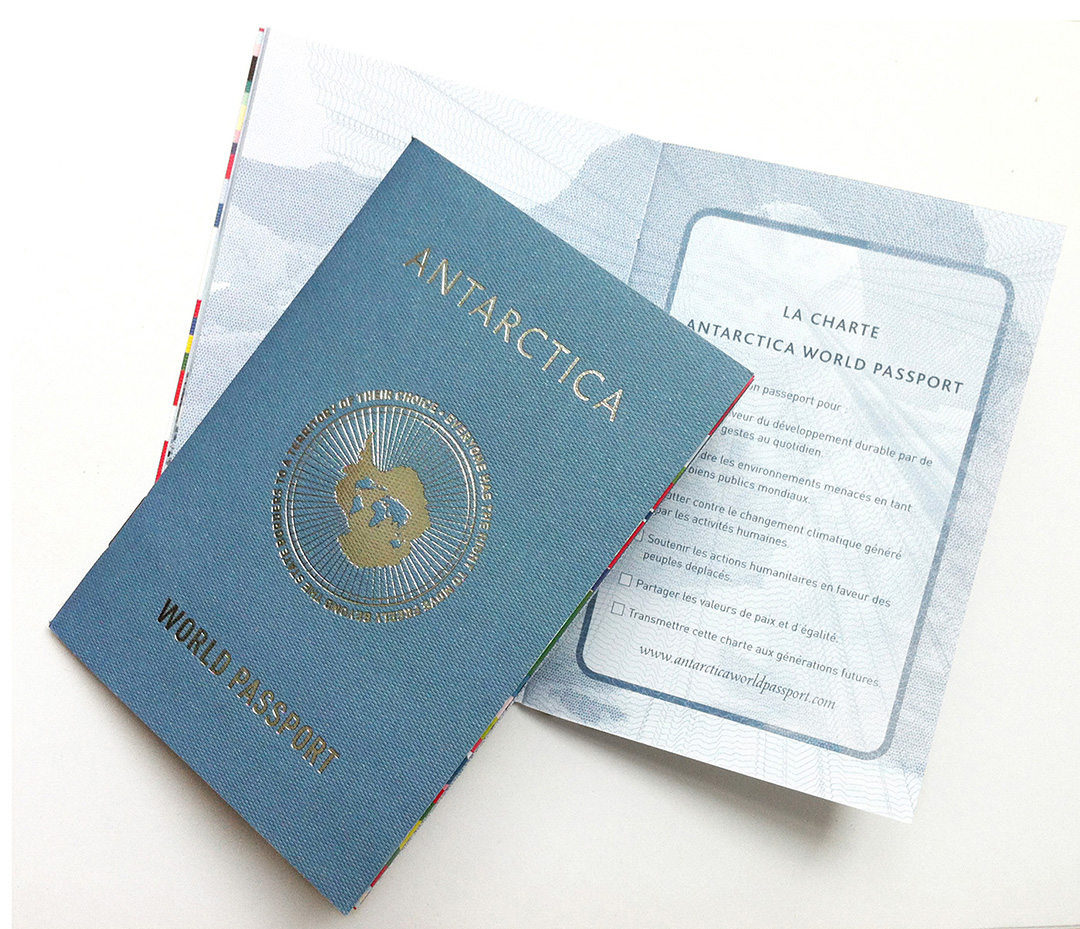 So what are you doing at Frieze? We have created a mobile Antarctica World Passport Office, which consists of two customised ex-army trailers, which will be components of a much larger convoy. We’re interested in exploring the transformation from surplus military ‘weapons of war’, into ‘tools for peace’ and our studio is filled with hundreds of items that we have sourced from army surplus auctions that we intend to remodel/reinfuse with new meaning.

On one of the trailers we have incorporated the human body in the form of mini-bivouacs that make-up a dormitory tower, these are surrounded by all-kinds of objects that have multi-functions relating to other themes in our work, like water scarcity. On the second trailer we have constructed a bureau structure from which the passport officers will distribute Antarctica World Passports. There is a desk and a number of distribution kits complete with registration devices and rubber stamps. Each passport distributed is registered onto an online citizen database, numbered and stamped with a unique identification number. 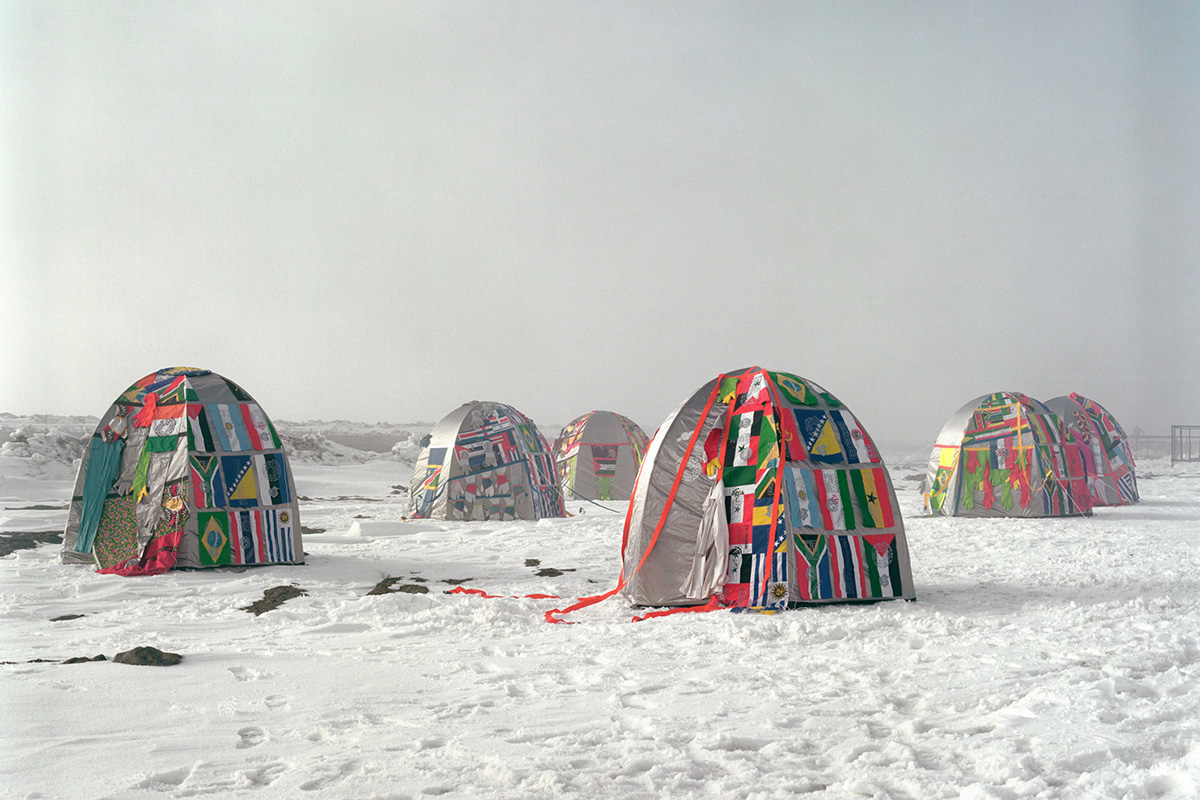 How does this relate to your Antarctica project? In 1995, Jorge was invited to represent Argentina at the 46th Venice Biennale International Art Exhibition. As Argentina no longer had a pavilion, he created two works: Light Messenger: networks of dust, a series of ephemeral light projections along the Grand Canal, and Antarctic 2000: territorio sin fronteras, a written project statement published in the exhibition catalogue. The statement included an amendment to the 1948 Universal Declaration of Human Rights (Article 13.3), and drawings for a flag and passport for a new worldwide community.

Antarctica 2000 took its inspiration from the Antarctic peace treaty, signed after the Cold War in 1958 as a founding Utopian endeavour to promote international peace, cooperation and exchange of scientific research. We imagined that the 21st century would be a century of change, of hope, and Antarctica’s immaculate ice landscape was our metaphor, a filter for the kaleidoscope that make up our nations and identities, concentrating all the colours into the sum of light and the purity of a hope. 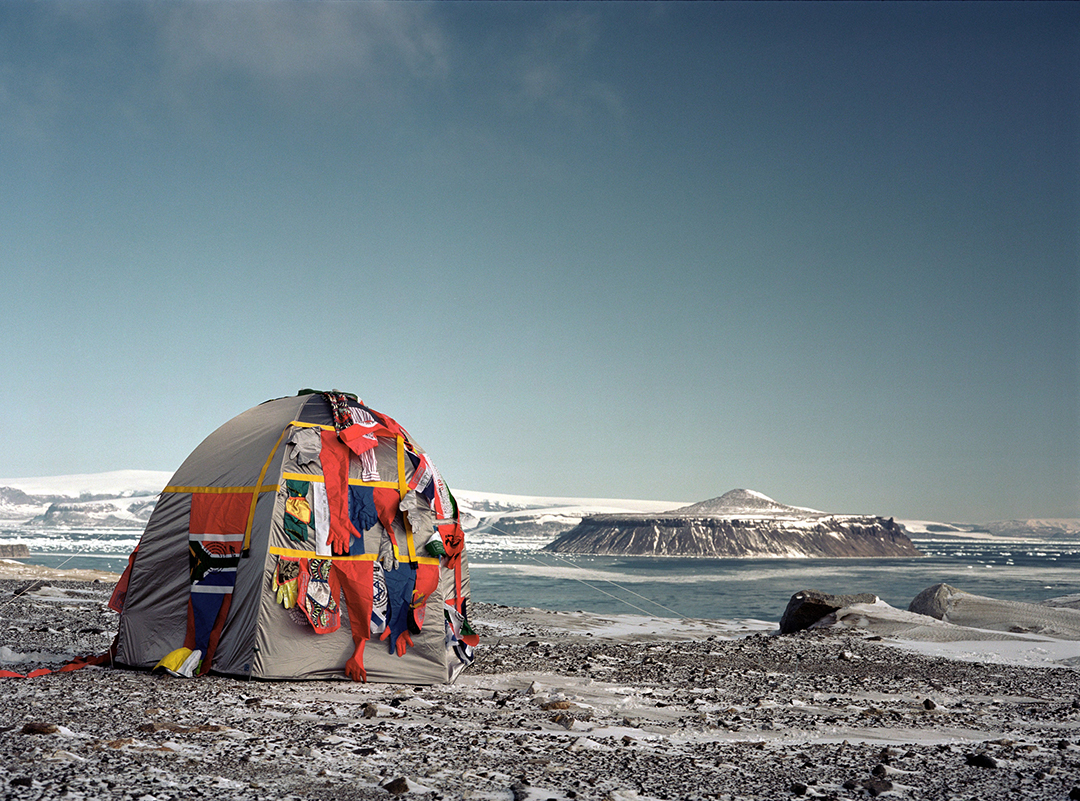 The last few years have been terrible for anyone whose hopes lie in new types of communities, beyond national borders. Do you regard these events as setbacks? Do they strengthen your resolve? Yes, is the short answer, but how do we respond is the real question. When Jorge and I take stock of the last 25-years working together we ask ourselves if anything has changed!

When we launched the Antarctica project at our Hangar Bicocca exhibition in Milan in 2008, we lay down the foundations for the Antarctica World Passport community, prompting people to think about how they could contribute to peaceful resolves. Since, with the technological development of the social networks we have been researching how to mobilise networks of virtual citizens, and we think this no-borders community may be a way forward. And, despite the rise in nationalist tendencies we are experiencing more interest in our passport bureau installations, which create physical one-to-one forums for discussion, which certainly strengthens our resolve to continue creating work that questions the status quo. We’re aware that any for any project to be effective it needs to reach a great diversity of people, and for people to take up action we have to continue to search for new artistic strategies. When we look back, we feel like we have only just started! 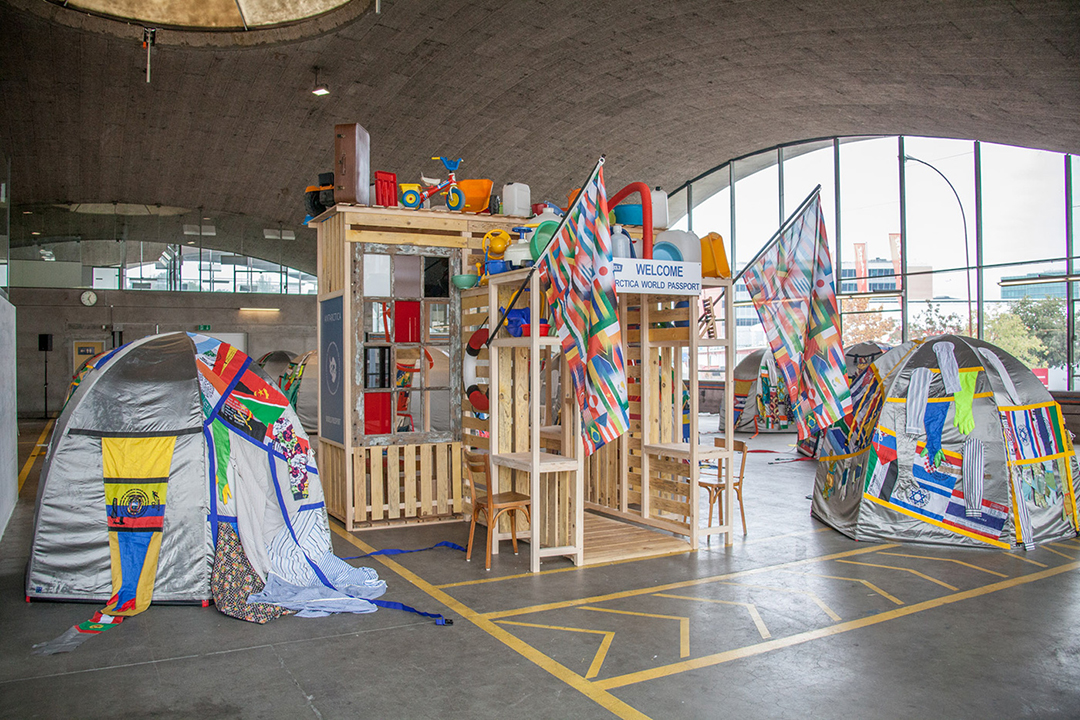 __Frieze visitors are part of a kind of international community. Are they a good representation of the kind of world citizenry you picture? __ Frieze receives over 60,000 visitors, aside from the art professionals, this includes the general public and families and these visitors are often looking out for the Project section, which sits outside of the commercial constraints of the wider fair. We hope that in among this melting pot of people visiting Frieze, the passport officers can recruit more citizens who play significant roles in the cultural sector: journalists, art critics, museum curators, and those who will be sensitive to the project and the questions it raises.

Since 2008, we have printed three editions of Antarctica World Passports totalling 50,000 copies, the Frieze Projects passport will be the fourth edition, so it’s part of a much larger body of work. These passports are distributed through exhibitions all over the world. 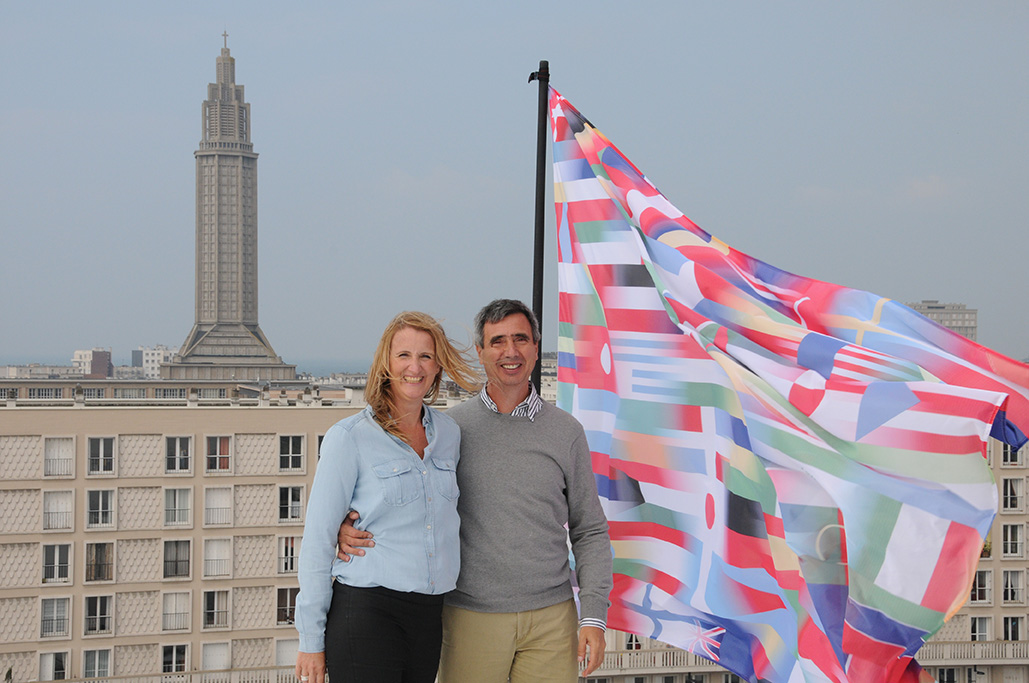 Frieze pavilion is, in some sense, a kind of tent, which is a common theme in your work. Does this aspect of the fair appeal to you? The notion of ‘pop-up’ has been omnipresent in our practice since the beginning. In Argentina during the 1970s Jorge had to stage ephemeral ‘guerrilla’ happenings because the military regime didn’t allow for public gatherings. I’ve been creating temporary pop-up architecture, especially tents, since the early 1990s. These temporary spaces allow for community gatherings that would not happen otherwise.

Aside from the business aspect of the fair, I think it’s safe to say that the Frieze tent does a very successful job of bringing lay people into contact with high-quality art in a small surface area, and even more so that art has ‘spilled-out’ into the park for a longer period of time. What is difficult to reconcile is the energy and resources in terms of the environmental impact on such short events like Frieze.

Some more thinking could be initiated with artists and architects to brainstorm how aspects of the fair could be re-used in communities that have less access to art, which is where our interests lie.

For more on Lucy's work order a copy of our Lucy Orta book here; for more on artists who collaborate get Co-Art; and for more on Frieze get this book.