A Brazilian show for a gallery never to be built

You would be hard pressed to identify the current home of Sao Paulo's Museu de Arte Moderna, in the city's Ibirapuera Park Brazil, as a temporary structure. This undulating concrete pavilion, designed by the late, great Oscar Niemeyer has served the modern art institution well over the past fifty years.

However, MAM's building was only ever intended to be a temporary exhibition space, originally designed to house a Lina Bo Bardi exhibition for the 5th Biennial in 1959. Indeed, Niemeyer criticised the museum for failing to relocate from its initial space, which it began to occupy in 1968. 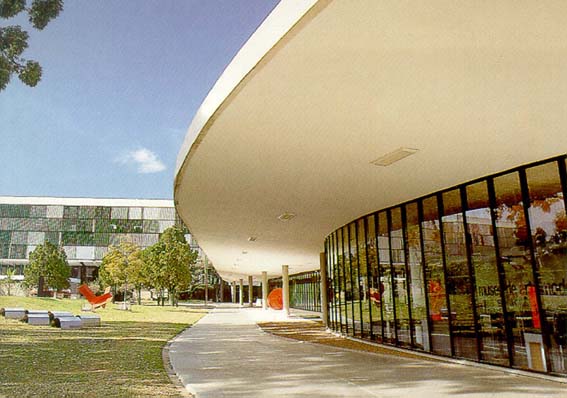 This year's Panorama da Arte Brasileira, held in MAM and part of the city's 33rd Biennial, plays around with the idea of the museum's transience and intransigence, by inviting artists and architects to dream up a new home for MAM rather than gathering together a more customary survey of contemporary art.

"It's a museum without its own headquarters, which occupies a temporary space that became a definitive characteristic of our modernity" explained curator Lisette Lagnado to local newspaper Fohla,"the exhibition will showcase aspects of the relationship between art and architecture."

This might sound a little like curatorial overreach in a country not exactly lacking existing visionary architecture, while still trying to establish itself in the arts world. However, the show hopes to draw together both bold proposals from local and internationally renowned architectural practices alongside works by contemporary artist; Lagnado says she has approached the likes of Herzog & de Meuron and Dominique Gonzalez-Foerster. 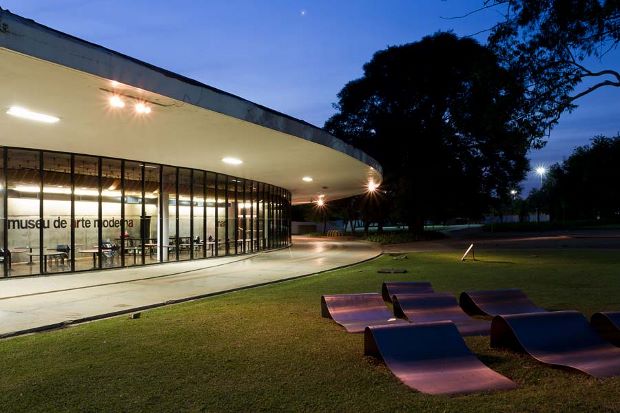 We wait to see how the show, which opens on 5 October and runs until 15 December, will pan out, artistically, architecturally (and critically).

Any Latin American arts institution keen to commission a large-scale display space should certainly pay a visit to MAM's curiously permanent home this autumn. For more, visit MAM's site. To discover more about the great Oscar Niemeyer, consider his wonderful visual memoir, The Curves of Time, and if you're going to Sao Paulo any time soon, don't forget your Wallpaper guide. We've been travelling rather a lot lately and they've proved invaluable (along with Where Chefs Eat)