What would the capital have looked like had Mies been allowed to create a Seagram Building for Britain?

Not everyone agrees with Mies van der Rohe’s motto “less is more”. For the Prince of Wales, even one Mies building in the city of London would have been one too many. Prince Charles, no fan of contemporary architecture, rather unkindly described the German-architect’s scheme for Mansion House Square in the centre of the British capital’s financial district as “a giant glass stump, better suited to downtown Chicago than the City of London”.

Mies began work on this distinctly modernist project in 1962, following a commission from property developer Peter Palumbo, and continued to work on the glass-and-steel tower, even designing Travertine ashtrays to suit the proposed development, up until his death in 1969. As Detlef Mertins writes in our book, Mies, the architect modelled Mansion House Square on the Seagram Building, completed in New York in 1958. Yet this London tower “remained too controversial in its modernity to be realized in that city,” and was eventually rejected by the city’s planners in 1985. 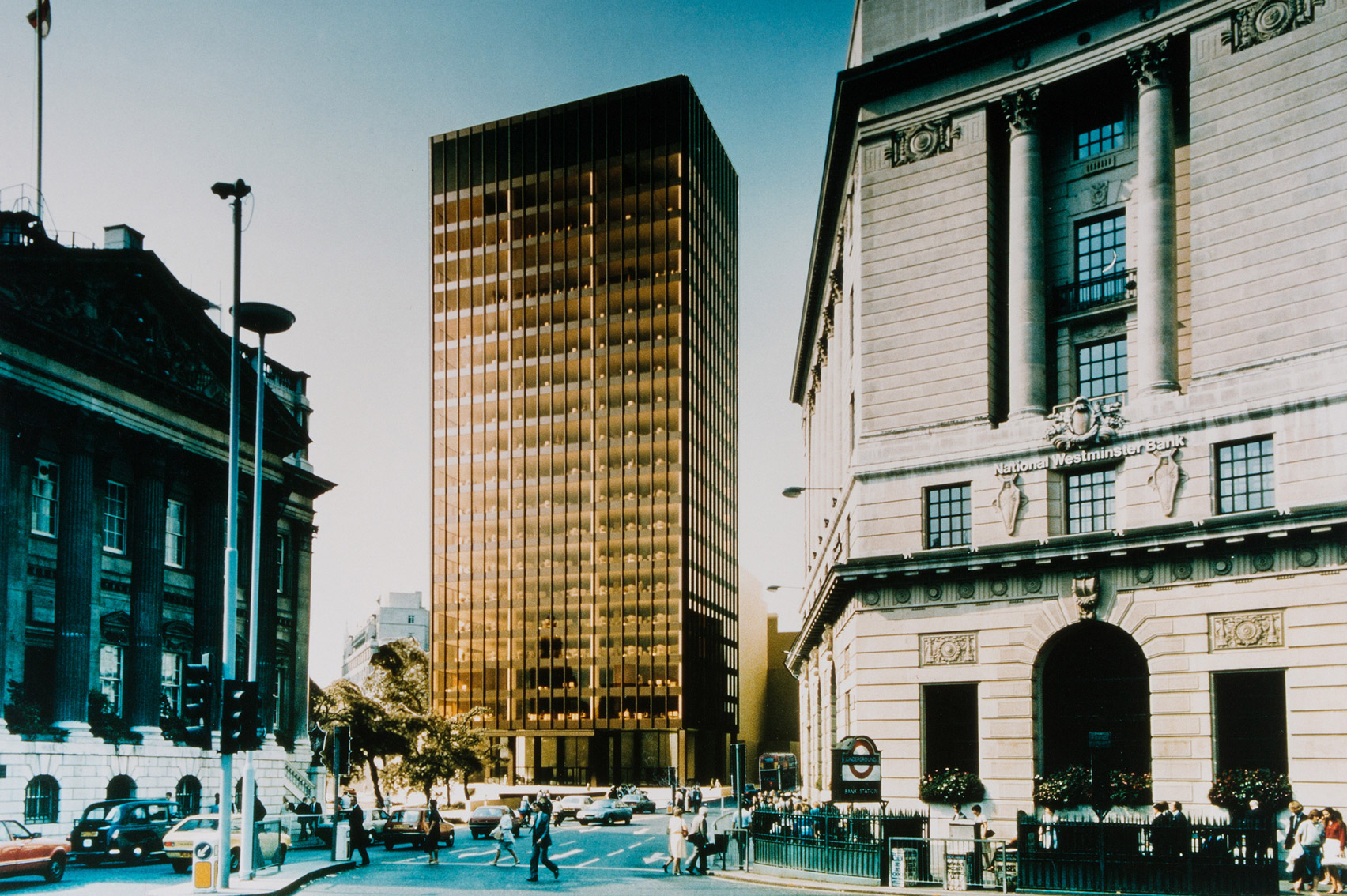 In 1997, the plot went on to accomodate James Sterling’s post-modernist No 1 Poultry building, yet Mies’ earlier designs haven’t been entirely forgotten. Next month the Royal Institute of British Architects’ Architecture Gallery will place the architect's designs and models alongside Sterling’s in a show entitled Circling the Square.

Sterling’s wedge-shaped, pink-and-yellow sandstone building, remains an entertaining landmark within the city’s centre, 20 years after its completion. However, this new show invites visitors to wonder how mid-century London might have benefitted from a 19-storey Mies tower, with public square and an even an underground shopping centre. Maybe a slice of downtown Chicago would have done the British capital some good?

For more on Mies’ life and work, including the Seagram Building and Mansion House Square, order a copy of our book Mies here.