You may not have heard of David Blandy but the Brighton-based artist, who studied at the Slade School of Art and Chelsea College of Art and Design, produces video, performances and comics that address his complex relationship with popular culture, highlighting the slippage and tension between fantasy and reality in everyday life.

One early piece, Emotional Content (2003) saw him being taught how to make art by martial arts star Bruce Lee. His work deals with his search for a cultural position in the world and often attempts to answer the question of how much a person is formed by the music, films, TV and other mass media they consume, and whether they have an identity outside that.

For his latest animated film installation, Anjin 1600: Edo Wonderpark at the Rose Lipman building - a former library in East London - he explores Britain’s relationship with Japan, turning William Adams, who in 1600 became the first Englishman to enter Japan, into an Odysseus-like figure, interweaving the story of the man caught between countries with that of his own. 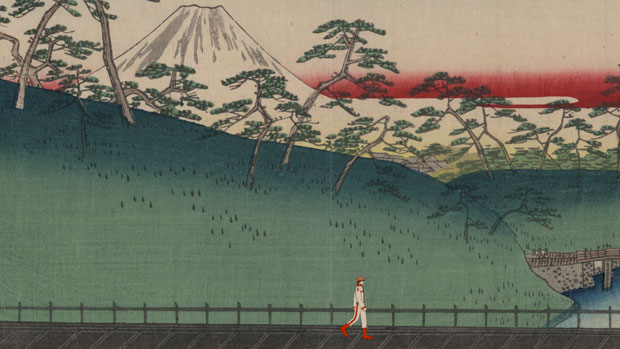 The artist has found an intriguing foil for his interests in the figure of Adams, an adventuring sailor who adopted Japanese dress, became chief translator to the Shogun and has been immortalised as the only Western samurai thanks to the hit novel, Shogun.

Blandy on the other hand, is a bespectacled unabashed devotee of  “geek pursuits”, whose martial arts experience extends to Street Fighter and Kung Fu movies. Like Adams, he loves Japan, but it’s a country filtered through the Manga cartoons and computer games he got hooked on as a kid. Adams’ story he says, is “a metaphor for our relationship with global culture, where people define themselves through what they consume, not their nationality.” 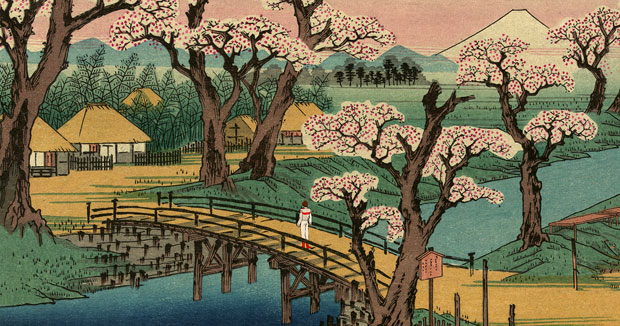 There’s plenty of cross-cultural metamorphosis at work in the show as the artist explores appropriation, identity and belonging. A retro spaceship deck turns scenery from the seminal Manga series, Space Battleship Yomato, into a 3D set with flashing screens and twiddly knobs. Another riff on Homer’s homecoming epic, the cartoon recast a destroyed WW2 warship as a spaceship on a mission to save the Earth. Appropriately, Blandy’s deck looks out, not to the cosmos, but a domestic setting, the home in Ithica or England that Odysseus/Adams dreamed of. 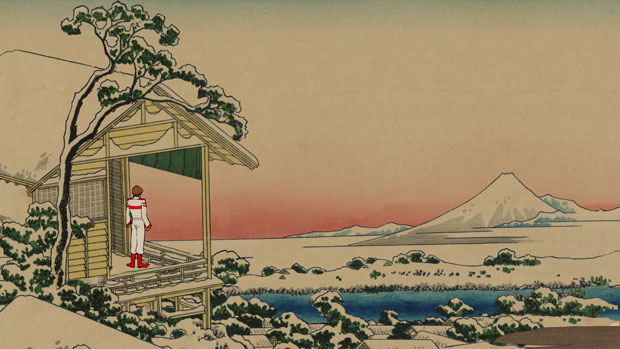 Blandy’s own animation screens within an English pastiche of a Japanese rock garden. The artist appears as a Manga version of Adams, in trademark black-rimmed specs, “a cut-out character, trying to feel part of a culture but always removed from it”. Hiroshige prints, their figures erased, become sets for the action character to walk through, while clips from Space Battleship Yomoto 2129, itself a remix of the first cartoon, and games like Final Fantasy 7, chime with the artist’s narration. 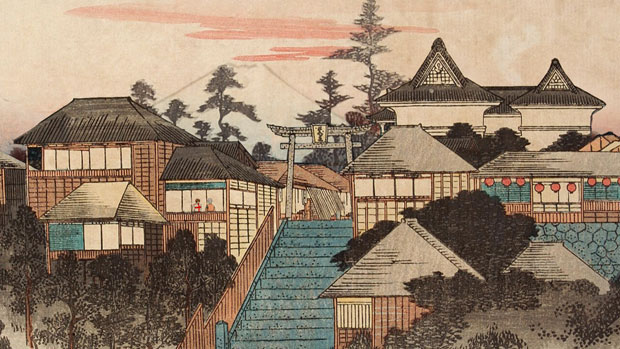 As an outsider, Blandy’s Japan necessarily becomes one of floating surfaces and collaged samples. Like he says of Adams in the film, “[he was] undertaking an endless journey, exiled from home. But maybe England wasn’t Ithica, it was Japan.” Anjin 1600: Edo Wonderpark, runs at the Rose Lipman Building, N1, to Oct 26. If you're interested in finding out where some of this came from you can learn more about some of Blandy's more historical inspirations in our books Japanese Colour Prints and Hokusai.