Hernan Bas’s Memphis Living paintings are an homage to the bright, challenging work of the designer

It can't be denied that some people think of furniture design as a less worthy undertaking than fine art. Yet a new exhibition of painting and works on paper, opening at both Victoria Miro’s London galleries this Saturday, shows how one designer’s work inspired a whole suite of paintings.

Memphis Living by the American artist Hernan Bas, draws heavily from the Italian designer and co-founder of the Memphis movement, Ettore Sottsass. Bas, who has shown at Tate St. Ives, the Kunstverein Hannover, Brooklyn Museum of Art, and the Whitney, believes he first came undeert the influence of the Memphis aesthetic as a child in the 1980s, with the trend for angular, brightly coloured TV shows and films such as Tim Burton’s Beetlejuice and Pee-wee’s Playhouse. However, Bas’s formal appreciation of Sottsass,  has matured into something far more cerebral. 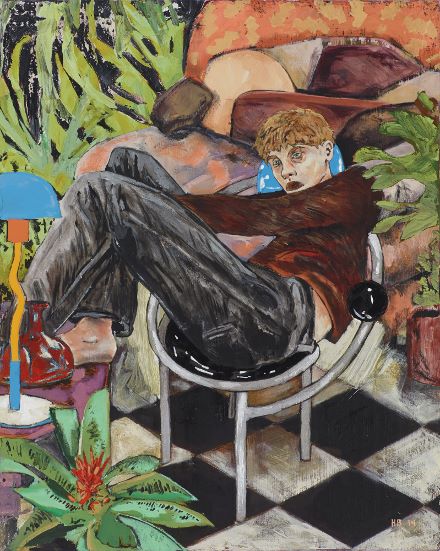 “In my opinion, living ‘Memphis’ means more than a love of bright colours, pattern and uncomfortable seating.” the artist explains. "It was an impassioned moment, a daring, bold-formed and wildly influential movement that is just catching our rear-view attention again."

As we explain in our comprehensive new monograph on the Italian designer, Ettorre Sottsass founded the Italian design movement with his friends in 1980 as a kind of riposte to modernism. On resigning from the movement in 1985 however, he said that decorating one’s house with too many Memphis products was like eating too much cake. 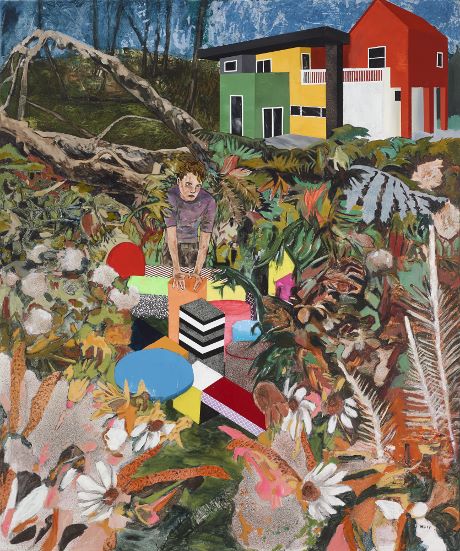 It’s a sentiment which Bas appears to share. He describes his Memphis Living paintings as “exploring new ways of interpreting a definitive and somewhat overlooked period in cultural history, developing works centred around the kinds of characters who populate my practice, imagining who is the boy/man who would make this sort of space his own, what his home might look like... and what sort of psychosis would lead to this?”

To find out more about this show, which opens 25 April and runs until 31 May, go here. For a greater understanding of Ettore Sottsass’s life and work, consider our wonderful new monograph, and for more on Bas and his contemporaries pick up a copy of Vitamin P2.