Curator Sarah McCrory reveals the highs and lows of squeezing a bunch of hermit crabs, two yachts, one daily TV show and quite a few paintings into a London park

Sarah McCrory’s sophomore year as curator of Frieze Projects sees her bringing some very different flavours together. Her piquant programme of special artist’s commissions to be found throughout the fair still includes the young bucks and lesser-known names she’s built a reputation for supporting, but there are also star artists like Christian Jankowski and Pierre Huyghe in the mix. From the art fair razzle dazzle of Jankowski’s yacht to internet art moving beyond the usual gallery system, this year’s Frieze Projects promises a wide-ranging look at an art world that’s finding new directions as economies contract. On the eve of the fair, we spoke to the woman who put it all together.

What were your objectives for the 2011 programme?

After the first year, understanding more about how the fair works and curating a program in this behemoth, I felt more confident and wanted to approach artists who I think are just incredible, like Pierre and Christian. But I also wanted to represent the grass roots production that’s perhaps the starting point for lots of the artists you end up exhibiting in an art fair. No doubt, many of the participants in LuckyPDF’s TV show will be in the fair in the future.

We understand they’re working with 50 other young artists.

The fair isn’t the easiest place to present collaborative practice but I also think that perhaps with the slowing of the economy and the changes in the art market, it might be something that becomes more prevalent, when younger artists aren’t snapped up by commercial galleries so quickly. LuckyPDF and Oliver Laric are also really engaging with new technologies. If a commercial gallery can’t offer certain artists what they need they find other solutions, whether that’s working online or collaboratively. 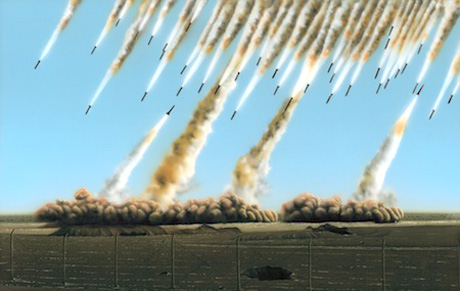 What challenges has the financial climate presented for the programme?

I would say I’m very lucky because we have the Emdash Foundation supporting us. I don’t have the stress of fundraising that not-for-profits have to deal with. On the other hand what’s happening [in the wider world] of course always bleeds into the projects.

Christian Jankowski’s boats would seem to speak to an art market boom era.

There’s been some comparisons made between his yacht and Richard Prince’s car [a Frieze project in 2007]. With Christian, the question is posed, aren’t all luxury objects just interchangeable to people who have money. But the bigger question in that project is that when it’s an artwork its value is a whole lot more. Also, I think it might seem like the yacht’s for the elite but actually Christian’s opening up the structures that govern selling art for the public. It’s ordinarily a secretive business, bound up in a set of rules, which no one really knows about, apart from dealers and collectors.

And does Pierre Huyghe’s Aquarium Project engage with the fair?

He has recreated The Sleeping Muse by Brancusi, which has a giant hermit crab living inside it. The aquarium is quite a brutal landscape made up of lava rock and arrow crabs, they’re ocean bed scavengers and have hilarious faces that look really sad. They’re much copied in cartoons like Finding Nemo. You could say the crab dragging the idea of pure inspiration around this difficult landscape might be an analogy for the fair. 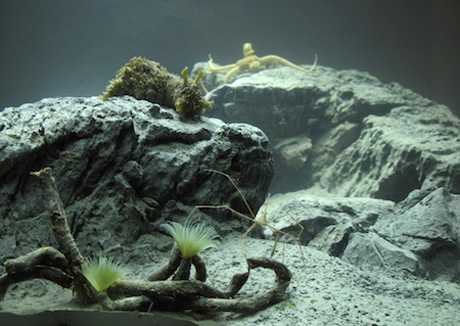 The political aspect of (Emdash winner) Anahita Razmi’s work includes questions about gender, cultural identity and oppression in Tehran. Did that give her the edge over the other contenders?

Personally, I was partly drawn to how this project embraces why some countries aren’t represented at Frieze, an incredibly international fair. Anahita’s work has a political angle, but it isn’t preaching or didactic. It’s a reinterpretation of Trisha Brown’s Roof Piece (1971), here though it’s Tehran, not New York, the moves are Middle Eastern and the dancers are dressed in red, not white. The rooftops are representative of a more safe, free space where information and messages can be passed on and not be seen from the ground. It seemed like a very sophisticated project by an artist who was at the point of her career where we knew this presentation would really be a great thing for her. And when I read the proposal I was desperate to see it in real life.

I think art would just be entertainment if it stopped asking questions. I wouldn’t say there is a single project that doesn’t have some level of criticality or ask questions of its audience. LuckyPDF are a great example because they use the idea of entertainment as a method, opening the door to ask more critical questions about what entertainment even means.