A Phaidon guide to the Whitney Biennial

The 2017 Whitney Biennial has met with rave reviews, with critics braving the blizzard to take in this cogent, considered, sharply insightful show, which opens to the public on Friday. Painting is big this year, as is politics and collaboration. Curators Christopher Y. Lew and Mai Locks have drawn together works by 63 artists, many of whom appear in our books Vitamin P3 and Co-Art: Artists on Creative Collaboration  as well as other titles. Here’s how to get a handle on a few of them, courtesy of our writers and editors. 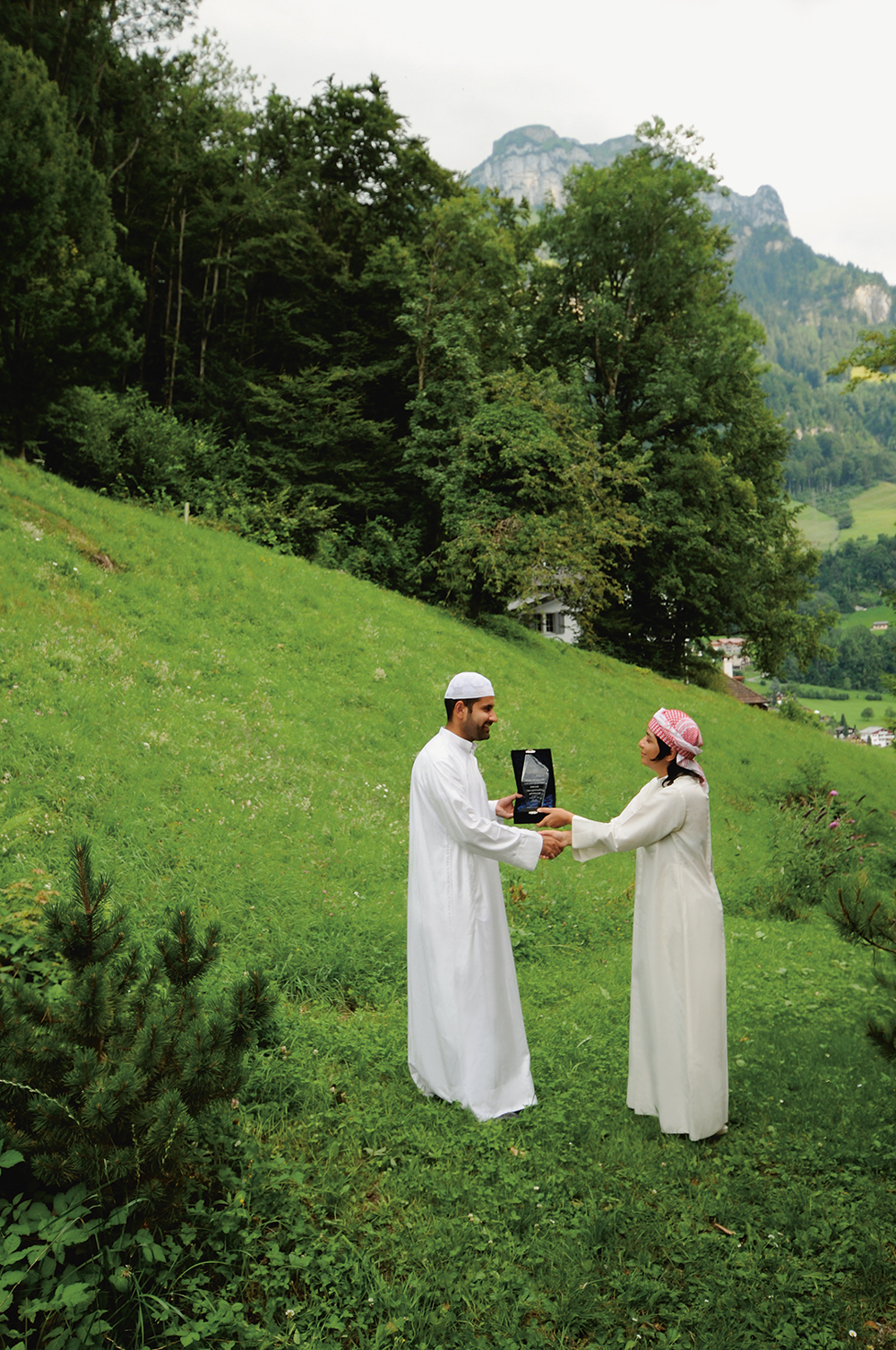 GCC  “The art collective GCC’s name is an acronym that doesn’t stand for anything,” writes Ellen Mara De Wachter in Co-Art: Artists on Creative Collaboration, “although it does make reference to another GCC – the Gulf Cooperation Council, an intergovernmental political and economic union of Arab states in the Persian Gulf. This allusion to international diplomacy is played out across GCC’s practice, which frequently uses pastiche to critique stately rituals and administrative rhetoric. Central to GCC’s work is an exploration of the role of branding in contemporary culture, especially its use in influencing local and international perceptions of nation-states and intergovernmental organizations.” 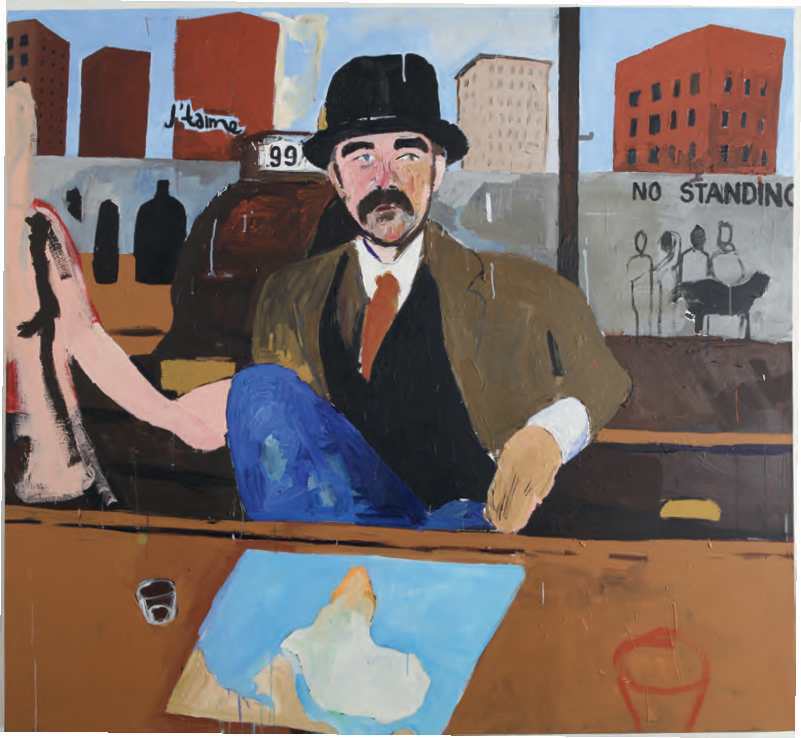 Van Lamprou ‘WE ALL GOT A BACKGROUND’, 2012 Acrylic on canvas by Henry Taylor. As reproduced in Vitamin P3

Henry Taylor “Taylor began by making portraits of the people who entered his orbit, beginning with family members and, eventually, locals, including drug addicts and the homeless, that he would ask to sit for him in his studio,” writes Andrew Goldstein in Vitamin P3: New Perspectives in Painting. “‘I paint those subjects I have love and sympathy for’, he has said. Taylor paints quickly and compulsively, completing a portrait in a few hours – typically in one sitting. Apart from 2014, he has had solo shows every year for the past decade – and accompanies his paintings with assemblage sculptures he makes from found objects scavenged from around his studio, sometimes using them as impromptu canvases for his portraits. His naive, brushy style engenders simple but emotionally direct depictions, which allows for improvisatory flights of painterliness in passages that could resemble a Richard Diebenkorn abstraction, a collage by Robert Rauschenberg or a text scrawl by Jean-Michel Basquiat.” 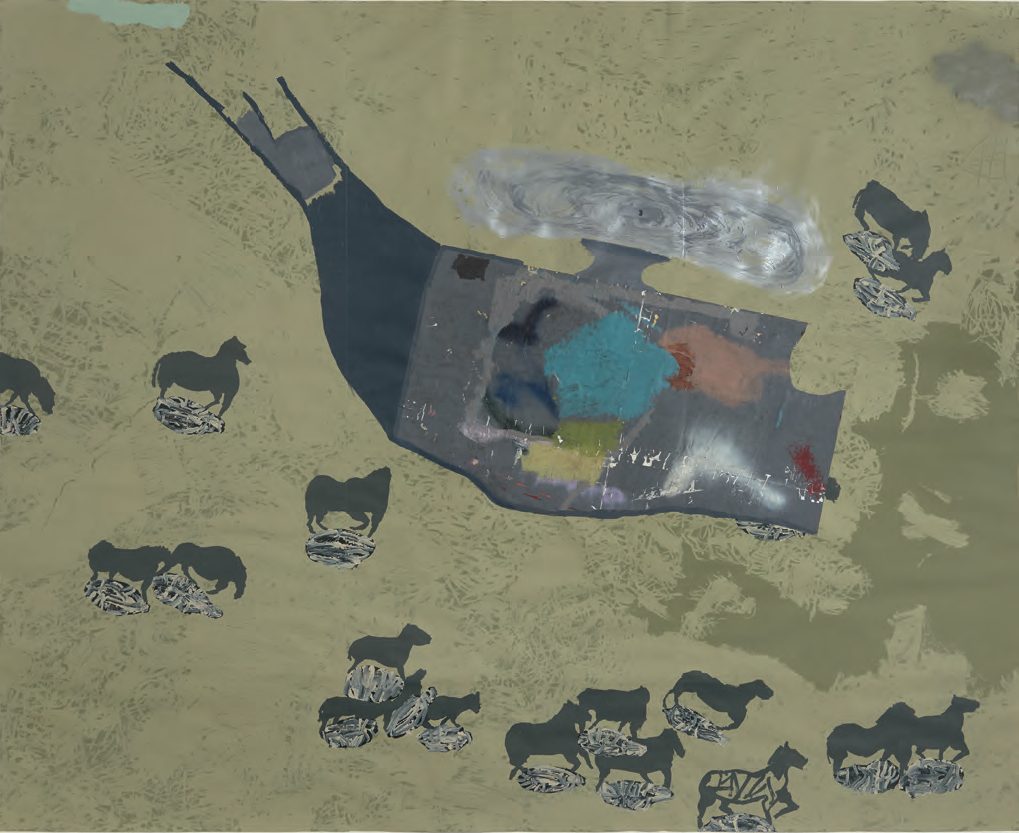 You Say Militia I say Melissa, Or Something. Mostly About Striping, 2015 by Tory Thornton. As reproduced in Vitamin P3

Torey Thornton “Torey Thornton’s paintings exude a laid back oddness that belies their formal and structural complexity. The artist lowers the viewer’s expectations from the outset with goofy, absurdist titles. The paintings, too, like to act dumb,” writes Jonathan Griffin in Vitamin P3. “All these qualities, however, simply set the tone for an enjoyable succession of small epiphanies that flow from his paintings. Thornton clearly takes pleasure in painting, and wants his viewers to as well. That is not to say that he makes things easy. Much of his work – like his titles, which can sound like cryptic crossword clues – present as riddles to be solved.” 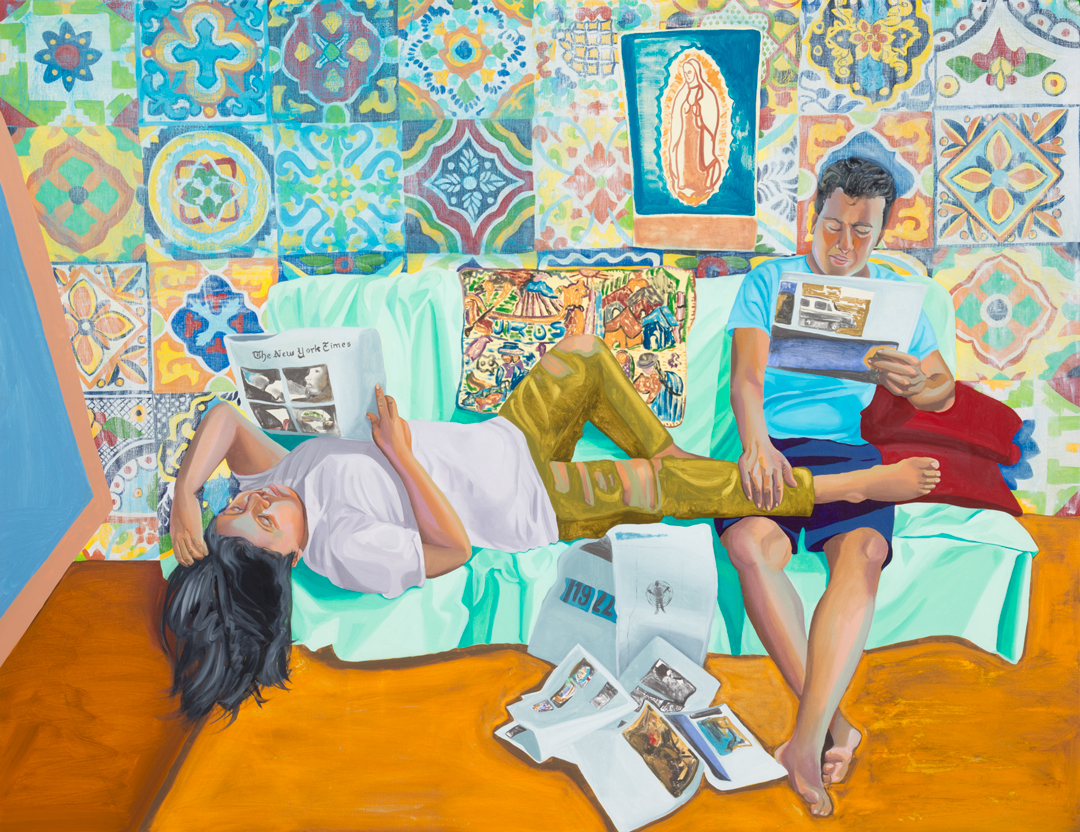 Aliza Nisenbaum  “In 2012 Nisenbaum began working with ‘Immigrant Movement International’ (IMI), a project initiated by the artist Tania Bruguera in Queens, New York,” writes Jonathan Griffin in in Vitamin P3. “Nisenbaum’s contribution, at first, was to teach an English language class using art. As she became increasingly involved in the lives of her students, she began to ask them to sit for portraits. To pay attention to these people – predominantly undocumented migrants from Mexico and South America – was, it seemed to Nisenbaum, in itself a radical act. She saw that because of their precarious legal status, and their societal marginalization, the men and women whom she painted were ‘people that hide in some way’, as she put it, but who were also ‘finding their voice’ through language, through art and through the support of IMI. In Nisenbaum’s portraits they gained representation in the wider culture of contemporary art as named individuals rather than nameless and faceless socio-political statistics.” 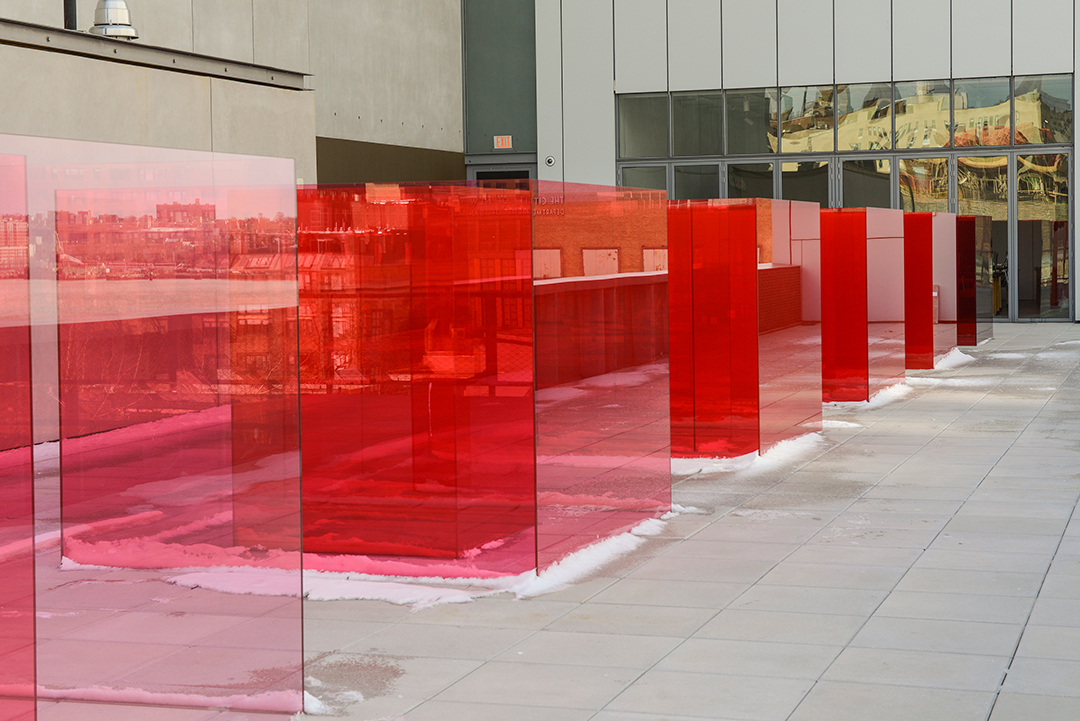 Larry Bell “Bell started as a painter, but since 1962 has made glass and mirrored sculptures of refined simplicity,” writes Judith Collins in Sculpture Today. “Bell began to use refractive and reflective materials such as mirrors and tinted glass, and in doing so introduced a new ingredient into his sculpture: the viewer, whose image was combined or superimposed on that of other viewers and reflections of the surrounding environment.” 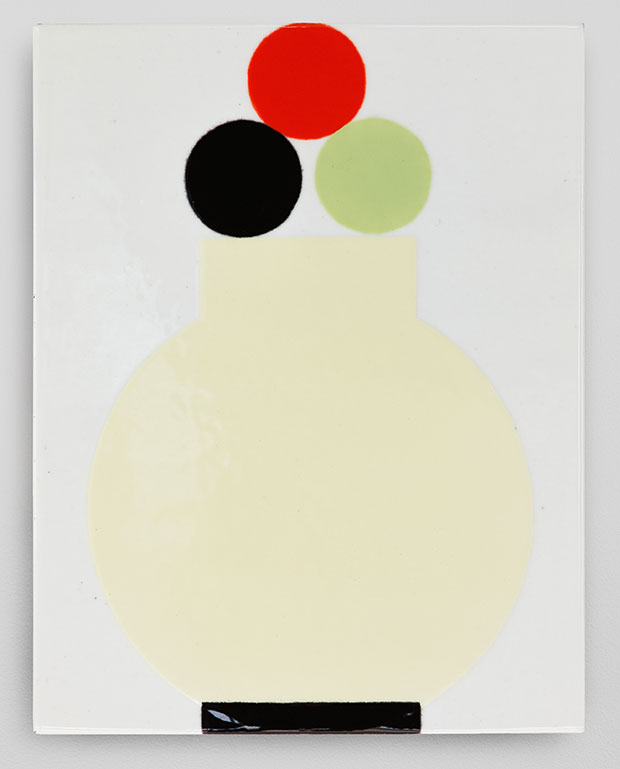 Ulrike Muller - Others, 2015 courtesy the artist and Callicoon Fine Arts

Ulrike Müller “The beguilingly simple compositions of Ulrike Müller are dominated by precise geometries: ample circles, rakish triangles and gentle U-shaped curves nestled into rectangular fields” writes Jens Hoffman in Vitamin P3. “Though they speak the language of geometric abstraction so familiar to the history of twentieth-century painting, Müller’s works seem to go beyond absolute non-figuration, hinting towards some sort of sensual interplay between shape and colour, arc and line.” 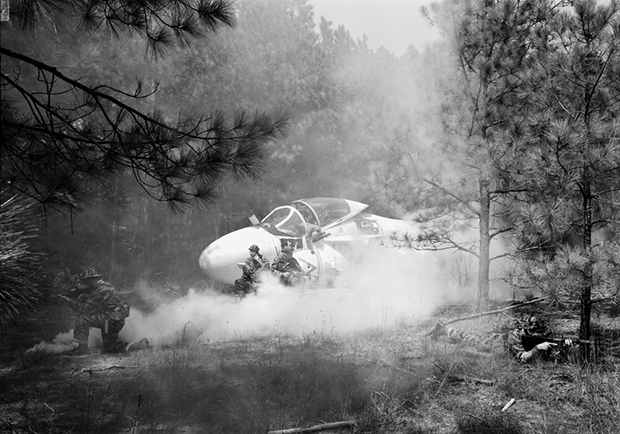 An-My Lê “An-My Lê uses the genre of landscape photography to explore how we remember, glorify and imagine law,” writes Mark Durden in Photography Today. “Born in Saigon in 1960, she moved to the United States as a refugee in 1975. She went back to Vietnam several times, and her beautiful, meticulous black-and-white pictures of her home country represent her attempts to reconcile memories of her childhood home with the contemporary landscape. She created these to explore, as she put it, “the Vietnam of the mind”. 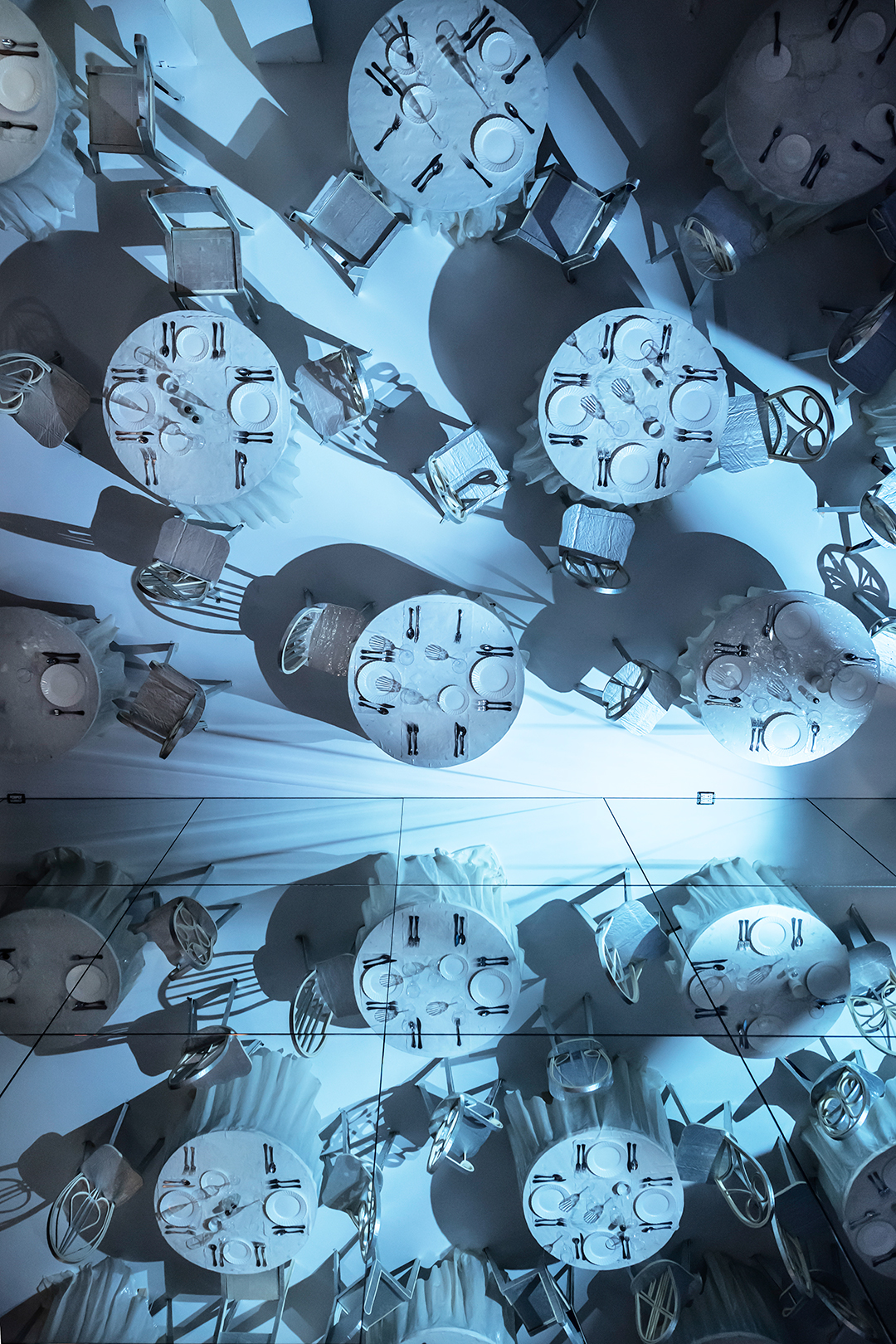 Samara Golden “I like the idea of making constructions of thoughts – i.e. thinking about layers of consciousness in terms of physical space,” Samara Golden told Phaidon.com  in an interview back in 2015. “To me, social stratification would be exploring the idea of showing the underbelly of the fair, all the bloodshed in the process of making a modern society; all the souls sacrificed in wars, all the injustice in the world. It could also be interpreted as the stratification of the social classes, about how the higher classes are founded on the sweat and tears of the lower classes.” 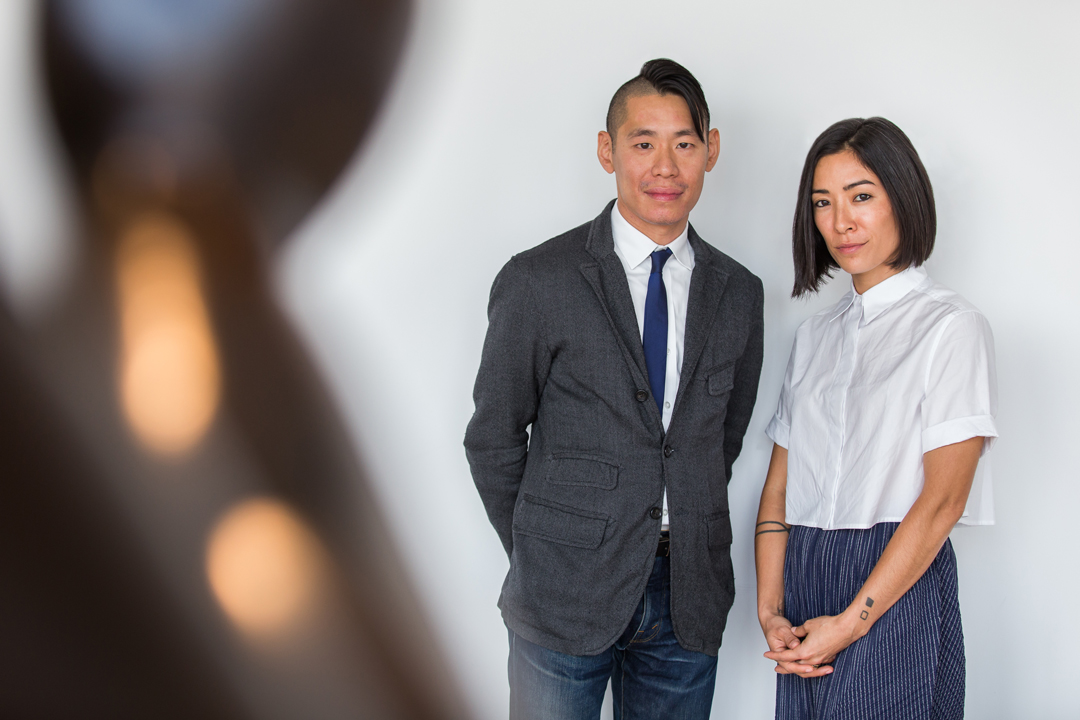 To understand the great work of all these artists a little better order a copy of Vitamin P3 here; get Co-Art here; buy Sculpture Today here; get Photography Today here; and for more on the Whitney's importance get Biennials and Beyond. Everything you want to know about art is on the shelves of our store.