London and Berlin-based Magma Architecture has designed three polkadot tents to house the shooting competitions at this year’s London Olympics. The PVC tents - erected at London’s historic Royal Artilery Barracks in Woolwich - are dotted with red, blue and pink circles that draw ventilation into each of the venues, as well as creating tension nodes for the steel structure beneath the white skin. The design of the venue was inspired by a desire to evoke an experience of the flow and precision inherent in shooting through the dynamically curving space. 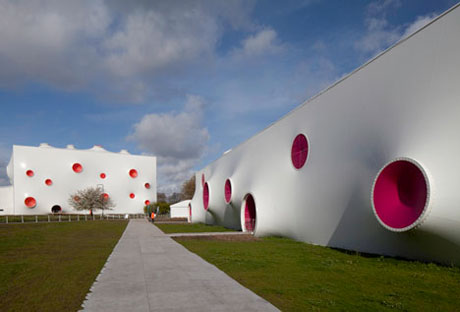 After the Olympics the temporary structures will be taken down, but the quirky design will make another appearance, in Glasgow for the 2014 Commonwealth Games. Magma Architecture has previously created temporary tent structures for a number of purposes, including a stage for the Manchester Horse & Bamboo theatre, and a summer bar in Berlin. 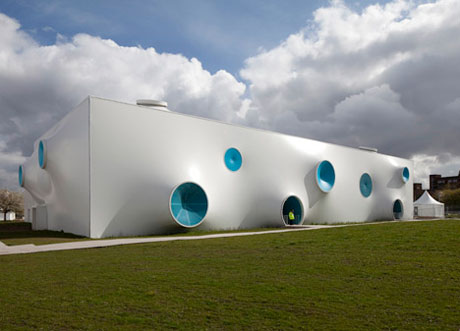 Other stand-out Olympic designs we’ve seen and liked include Anish Kapoor's spiralling Orbit Tower sculpture, and of course, the award-winning Olympic Torch, designed by Jay Osgerby and Ed Barber. You can watch a video of Osgerby and Barber talking about the torch design, along with other stars of British design here. And if you’re keen to see more of Anish Kapoor’s work, Phaidon’s Anish Kapoor monograph is an extensive account of his 30-year career.