Artist angered by Taiwanese copy of his duck

Florentijn Hofman is offended by local attempts to recreate his Rubber Duck, which burst on New Year's Eve

The Dutch artist Florentijn Hofman, creator of the huge Rubber Duck sculptures that have been installed in harbours across the world, says his project "knows no frontiers, doesn't discriminate against people and doesn't have a political connotation."

However, the 36-year-old artist might make an exception when it comes to the portside stallholders in the Taiwanese city of Keelung. Following the untimely deflation of Hofman's Duck on New Year's Eve, the traders have created their own version of the installation, in an attempt to draw back tourists. 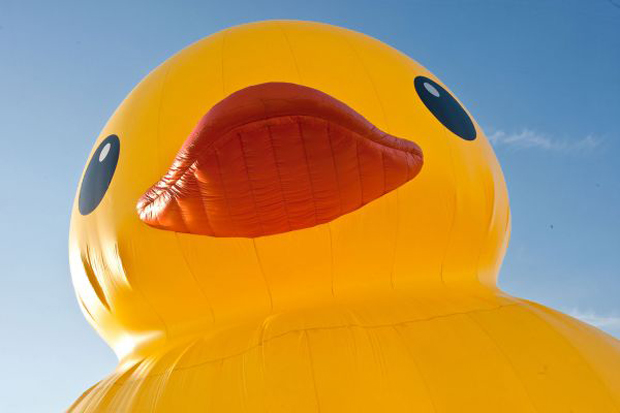 Hofman's 18-metre-high inflatable arrived in the Taiwanese port last month, as part of an exhibition orgainsed by the local YM Oceanic Culture & Art Museum. Yet, tensions between the artist and Keelung's citizens arose quite quickly. The Taipei Times reports that Hofman disapproved of the amount of merchandising on offer beside his work, describing it as a "commercial circus".

Locals had planned to see in the New Year beside the work. Unfortunately, Hofman's Duck sprang a leak on 31 December, disappointing both Keelung's revelers, as well as its traders, who had hoped to profit from the installation. 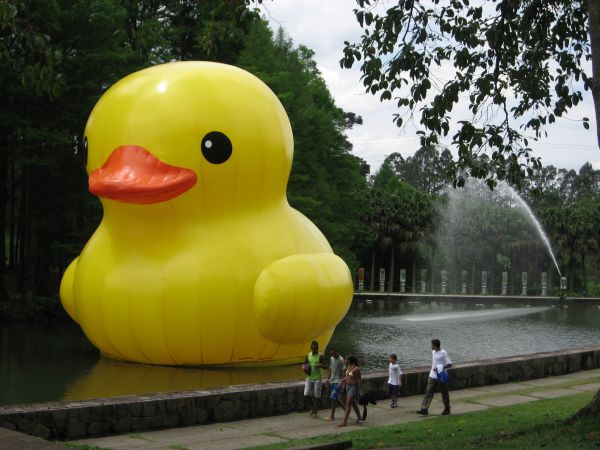 The Rubber Duck in Brazil

According to local reports, one stallholder has created and installed a six-foot duck in the harbour, and plans to make an even larger one, in an attempt to draw back crowds. Now Hofman has insisted that this new duck be removed, and has threatened to pull out of the exhibition, which was due to last until the beginning of February. 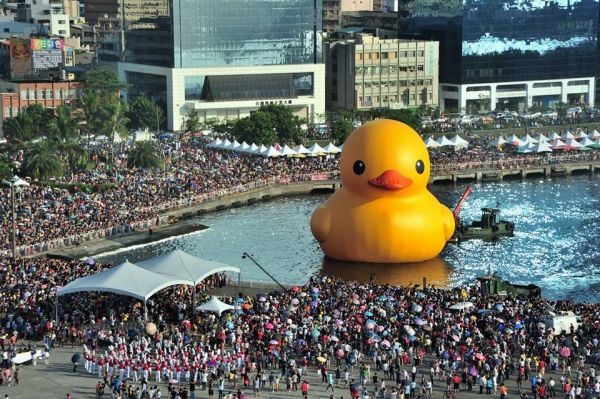 We're unsure of how copyright issues would shake down in case like this, where a common object has been appropriated by an artist. Yet, we sympathise with Hofman and hope the artist manages to install a replacement soon. For greater insight into how a giant rubber duck can come to be regarded as a work of art, pick up a copy of our canonical book, Defining Contemporary Art. Buy it from the people who made it, here.