The High Line gets a London-style art plinth

The Fourth Plinth in London’s Trafalgar Square was built in 1840 to display a statue of the British king William IV. A funding shortfall led to the platform remaining bare until 1999, when the Royal Society of Arts oversaw the display of temporary public art works on the plinth, a practice that continues to this day.

This rotating series of monumental commissions has proved so successful that New York’s linear park, the High Line, has just announced plans for its own Trafalgar-style plinth, which, the Friends of the High Line say, will become “a new landmark destination for major public art commissions”. 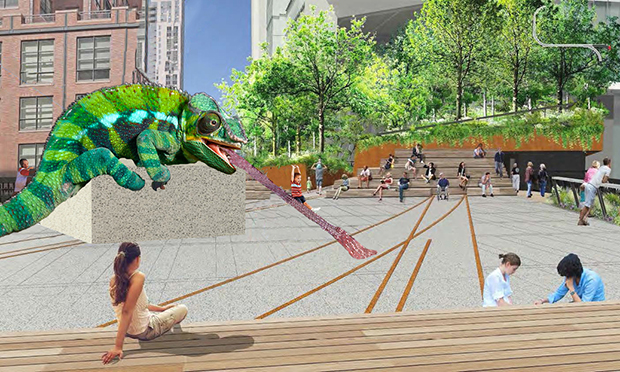 Deller, a British artist, has submitted two unsuccessful proposals to London’s Fourth Plinth, though perhaps he will be luckier this time around, with his sculpture of a chameleon. 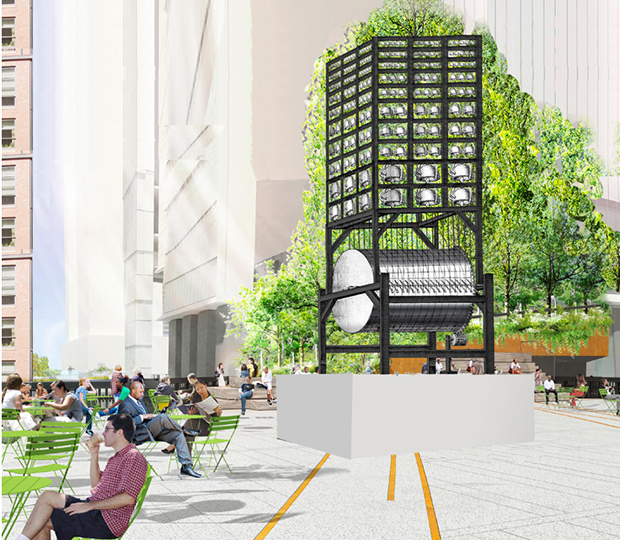 Other works under consideration vary from the straightforwardly enjoyable, such as New Yorker Jonathan Berger’s Bell Machine, a chiming arrangement of tuned bells, through to more confrontational works, such as German artist Lena Henke disembodied breast, Ascent of a Woman, and US multimedia Sam Durant, who would like to see a model MQ-9 Reaper drone mount the Manhattan plinth. 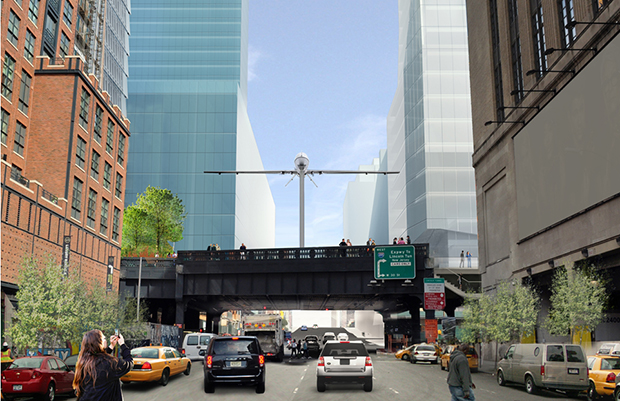 You can see all the proposals in a dedicated show on the High Line at West 14 Street from 9 February until 30 April. Two of the 12 proposals will be selected as the first pair of High Line Plinth commissions, each receiving an 18-month run on the plinth. The first will be installed in 2018, to coincide with the Spur’s opening. 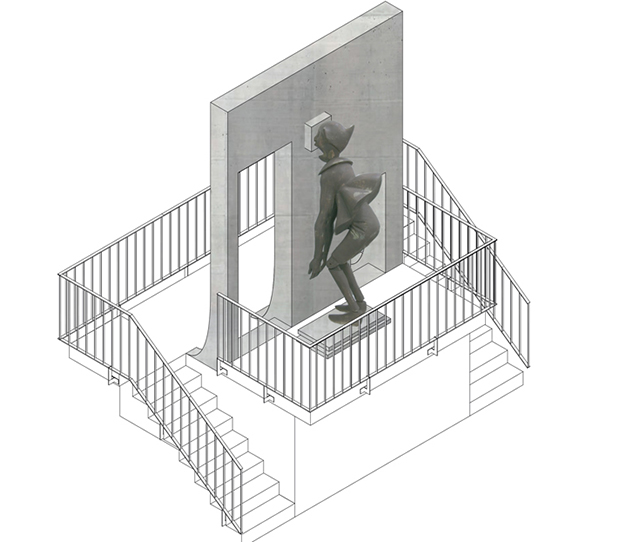 For more on site-specific art in America order a copy Art & Place; for more on the story behind this fantastically successful public space by the people who created it, order a copy of The High Line here.