The artist on his Frieze commission, Swiss identity and how his Sottsass museum became an artworld myth

In among the more recognisable works at Frieze this year is what almost looks a break in proceedings. In booth P5, the Swiss artist Tobias Madison has installed a bubbling, jerry-built ‘theatre of absence’.

The work, one of this year's Frieze Projects, and Madison’s first solo exhibition in Britain, draws on his continued interest in drama, technology, and an almost inhuman sense of self sufficiency. Read on to hear Madison explain how Japanese Noh theatre influenced his work, why Swiss culture isn’t what it used to be, and how an old Ettore Sottsass prank turned into artworld myth.

What sort of experiences do you hope visitors will have in your room?  It is most prominently an architectural installation. I designed a booth along the parameters of how the fair walls are built and asked the company who builds those to leave out certain wall panels and to build just the grid for those panels as a visual and spatial division line, that runs diagonally through the space.

I then used the remaining wall panels to create elevated platforms that function like a stage device. While I was planning the project I lived in Tokyo and I went to see Noh Theatre, and got really fascinated by how those stages are organized architecturally - how different viewpoints and perspectives organize your experience. 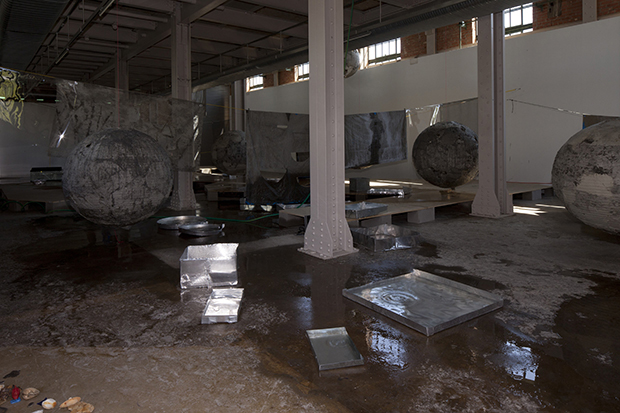 I wanted to write a play for a stage that is continuously running in a loop, a play without actors, analogous to how the stage just plays itself, a theatre of absence.

On Noh stages there are metal pans laid out underneath to amplify the sound of the actors, who almost exclusively play ghosts or demons, in certain areas. I installed three steel tanks on the different levels of the stage and connected them with pumps that circulate liquid iodine in a circular manner, so the tanks are merely equalizing their content in relationship to the level that they are standing on. The action is steady and ongoing.

The piece then has two different timelines: a circular loop in the stage area, and one that you walk along as a visitor. I’ve installed a black globe-like sculpture that initially blocks out the street lamp installed in the back of the space, so that the eventual eclipse gives you an awareness of your own movement, to the viewpoint that you are taking towards the action. There is a drawn score outside of the booth that links the activity to different emotional states. 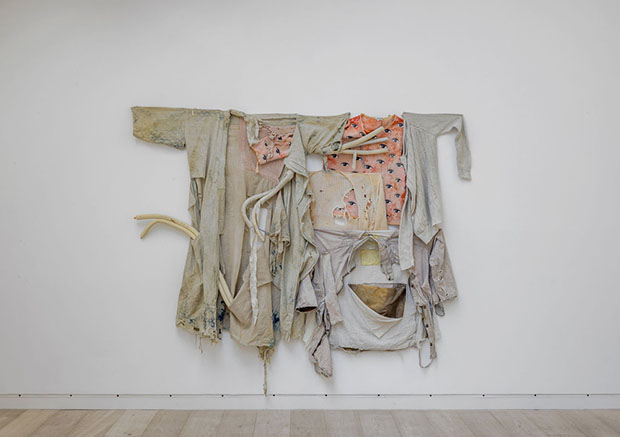 Become Nothing (2014) by Tobias Madison

Then of course there is always the option to read the piece as caricature, a self-disinfecting network, sealed off, floating in circles, as someone pointed out to me yesterday.

Anyway, I wanted to make something that is quiet, self-sufficient - a zone that operates by different rules than what it is surrounded by. Something that takes the very condition of viewing and perceiving as its territory so it's really up to you as a visitor how much you want to read into it. My personal interest is the vectors, sightlines, systematics and schematics that the piece operates on.

This is your first solo show in Britain, but you appear to prefer working in groups. What appeals to you about the collaborative process? I work in different projects and collectives with their own discourse and interests, one of them happens to be my own artistic practice, others are my ongoing practice with artist Emanuel Rossetti and composer Stefan Tcherepnin, or the gallery New Jerseyy [sic]. At some points these projects overlap and they definitely all inform each other, but I really see them all as their own autonomous projects. 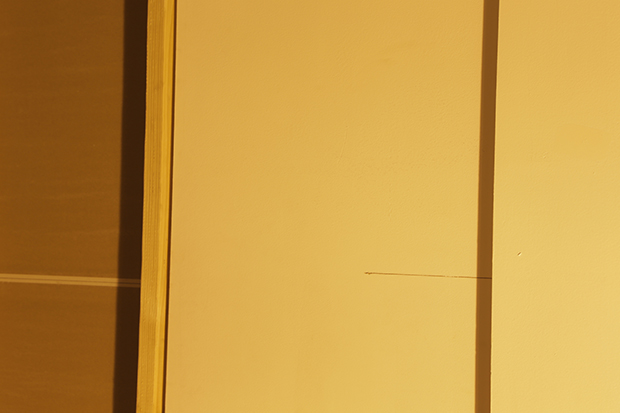 I enjoy working collaboratively because it changes all the parameters one gets used to so easily, because it still holds potential for subversion within institutionalized structures, and because it allows for a very intimate discussion within a closed circle, as opposed to the official text that so much art adheres to.

Collaborative practice can be at its best a language generator that produces these beautiful sentences full of spelling mistakes, stuttering and odd repetitions, because one has to let go of oneself, and that’s something one sometimes wants and sometimes not.

Switzerland has produced great art and design. How would you characterize Swiss culture at the moment? I'm not sure if I can make a too precise statement about this, as I haven’t been spending too much time in Switzerland in the last few years. One thing I definitely noticed is a certain Neo-Conservatism that seems to be lurking just below the surface in a lot of cultural establishments. I assume that the breeding ground for that is a similar one to the one responsible for the awful external and immigration politics that Switzerland has. Fabrice Stroun losing his position as the director of the Kunsthalle Bern under the pressure of very narrow-minded voices for me is an example of this, there are plenty of others.

The cultural establishment seems to have an interest in realising its own bureaucratic empire of boredom, which is threatening and absorbing to liberated minds. Don't get me wrong, there are a lot of beautiful minds there and I know they will be able to change this condition again, but yes, the political climate has changed, analogous to how it is changing all over Europe right now and the consequences are visible.

__Tell us about the Sottsass museum you founded. What drew you to him? __ Its funny that people ask me about this, as the project never really existed, but it's turned into this myth. The Ettore Sottsass Museum was an empty gallery space in an art school I attended and we just named it that way, as we had to do an announcement for a show that I had organized with friends there. I ran two other project spaces after that, the gallery New Jerseyy, and the cinema and performance space AP News!