A century ago, when artists such as Alexander Rodchenko pioneered Constructivist art in Russia, they saw their abstract works as working directly to further the ends of society. It remains to be seen whether these clear-lined, avant-garde works helped forge a better future for the people of the Soviet Union. 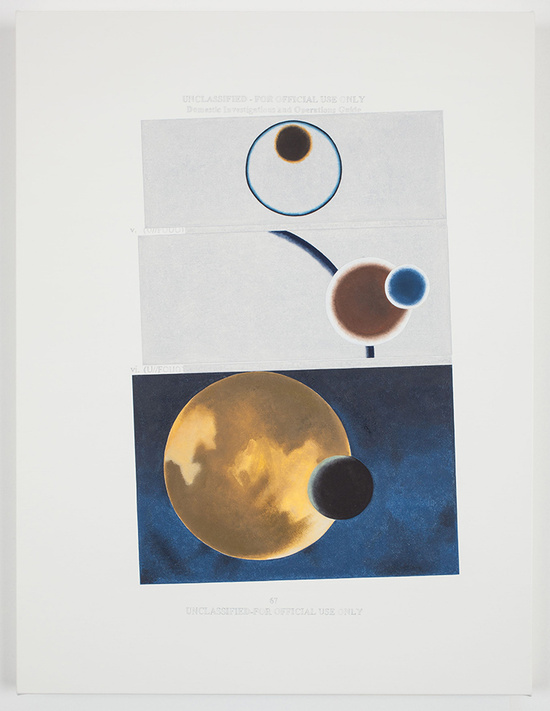 Yet there are clear parallels between those vintage canvases and US artist Jennny Holzer’s new suite of paintings, currently on show at Hauser & Wirth in Zurich.

The show, which is on until 29 July, is showing a new group of paintings belonging within Holzer’s ongoing Redaction series. The artist, who is better known for her text works, began these paintings in 2007, reworking declassified military and US intelligence material.

Some works describe all too vivid a picture of state maleficence. Yet in other works, Holzer highlights the blacked-out passages, adding bright pigments to the obscured sections of text, highlighting quite vividly the state machinations that keep bad military and intelligence practices from reaching the public domain. 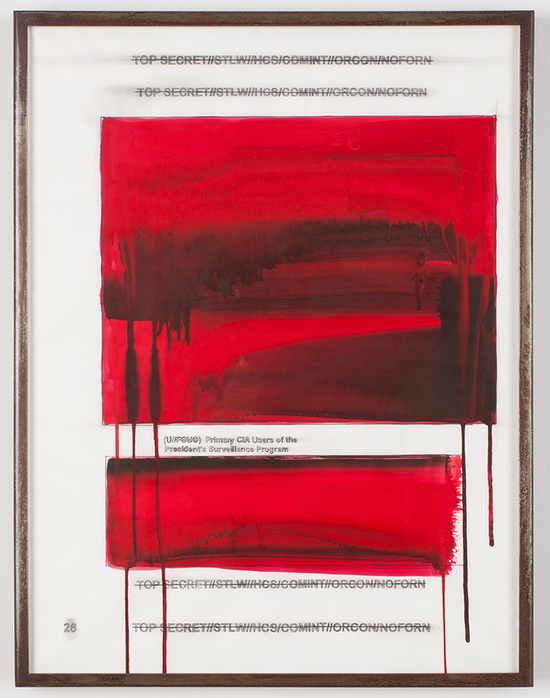 Holzer has drawn on the work of the US and social anthropologist Joshua Craze who, in his essay A Grammar of Redaction, has tried to bring meaning to the blocks that the government places over its classified documents.

In turn Craze gas praised Holzer’s new paintings, describing them as "forensic analyses one of the weapons with which war is fought: the structure of the military and intelligence bureaucracies, and the legal impunity that veils their actions in shadow". 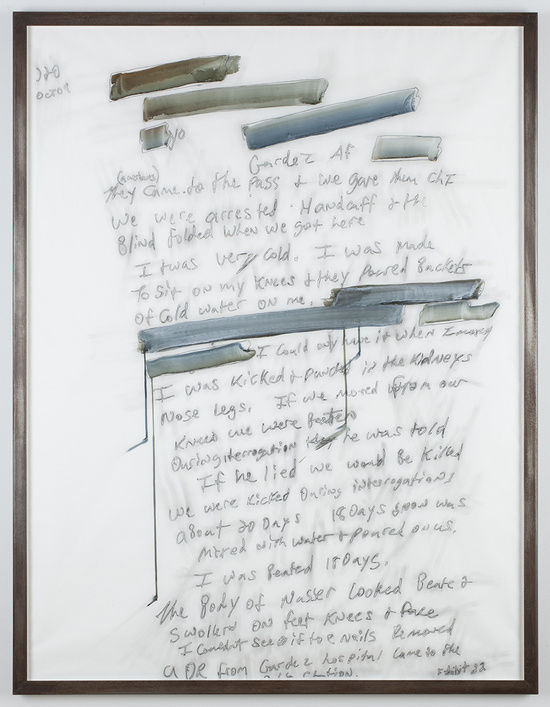 That veil may remain drawn, but at least Holzer adds colour to those missing pieces. For more on contemporary painting get Vitamin P3; for more on artistic resistance, get Visual Impact.