Painting of all forms has, throughout most of the art form’s history, been an expensive and time-consuming process. So it stands to reason that most artists have taken good care to get it as close to right as possible first time. However, every now and then, artists have made adjustments to the underdrawing, the initial painting work, or even large-scale overpainting in order to adjust the image while it's in progress. Today, X-ray analysis can be used to reveal these hidden alterations, which are known as pentimenti, a word derived from the Italian for repentance. 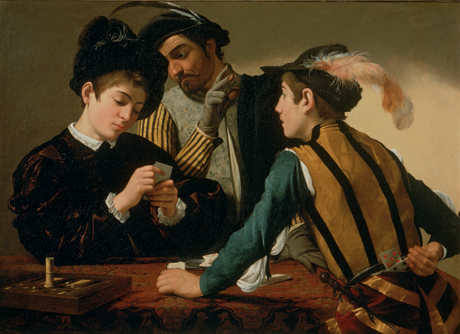 There are a quite a few of them around when you know how and where to look. For example, infra-red reflectogram analysis of Caravaggio’s The Cardsharps in room 252/1 of The Art Museum, reveals that the figure on the right, holding his cards behind his back, has shifted his position quite a bit before becoming comfortable in his current pose. Giovanni Arlofini, in Van Eyck’s The Arnolfini Portrait (room 196/4 of The Art Museum), is a similarly shifty character; both his feet were drawn in one position, painted in another, and repainted in a third. His hand gesture was originally less vertical as well. 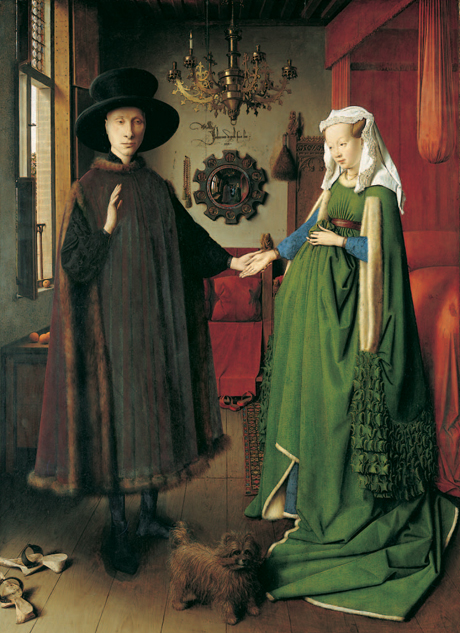 The Mona Lisa (room 180/5) also suffered through endless miniscule adjustments during the 16 years Da Vinci painted her, being entirely repainted three times onto the same canvas.

In some cases, X-ray analysis reveals that a completely separate painting was originally conceived on the canvas. While exciting to discover, these are not referred to as pentimenti, as they are simply cases of the artist recycling a canvas of an abandoned work, rather than adjusting a work in progress. Likewise, alterations made some time after the original completion of the work, or by another artist, are not treated as pentimenti.