For David Shrigley, is the glass half-full or half-empty? Certainly, there’s a strain of bizarre negativity running through the work of this British artist who once described his outlook as “ridiculous, absurd, awkward, funny and meaningless all at once.” 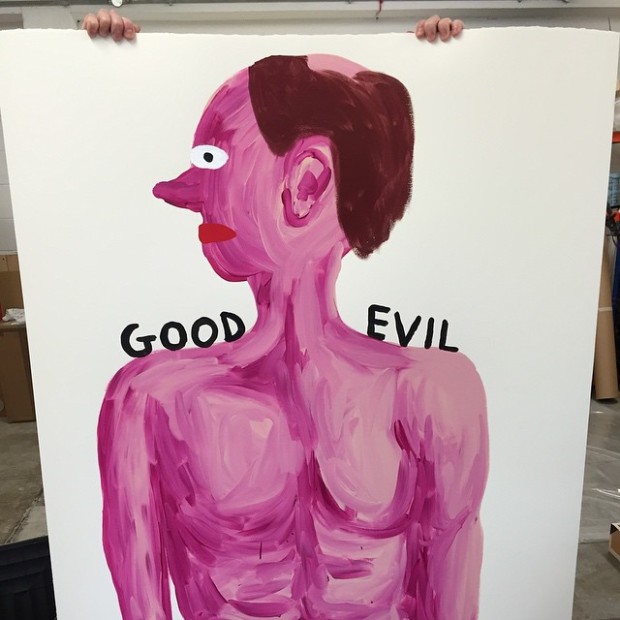 A new work featured in the show, courtesy of David Shrigley's Instagram

Perhaps this accounts for his Subtractor, an oversized sculpture of a calculator with the ‘+’ ‘x’ and ‘÷’ function buttons removed, allowing users only to carry out subtraction sums. This piece forms part of a new exhibition at Anton Kern Gallery which opens today, and features, another sculpture – this time of a telephone – as well as 78 pictures and one animated film. 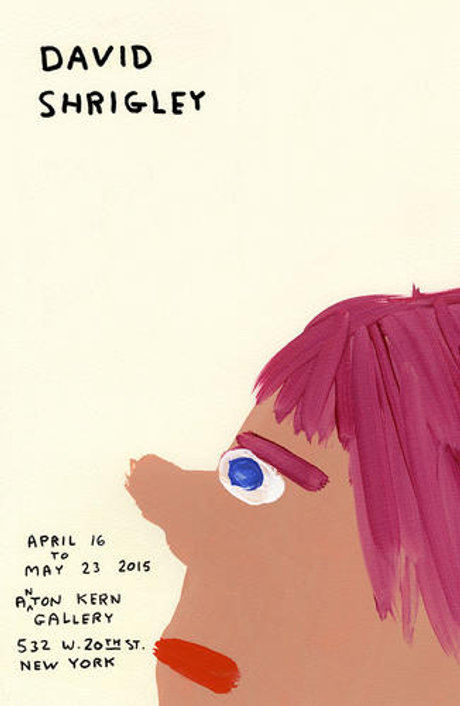 The pictures, the gallery explains, feature a “variety of situations involving humans, animals, parts of their bodies and other stuff.” We suspect anyone who has enjoyed scrappy, cartoon-like work of this British sculptor, painter and illustrator, will find plenty to delight in here. The animation meanwhile, is an adaptation of the 1986 arcade driving game Out Run. If this is anything like Shrigley’s other films – many of which he has posted on Youtube – we suspect the footage won’t end with a victorious player crossing the finish line. 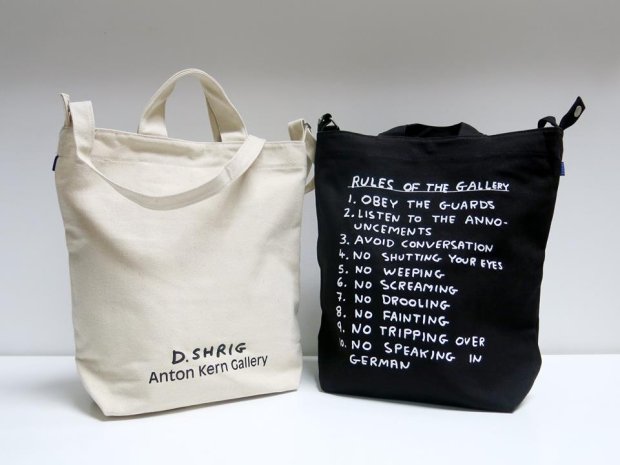 There’s also lot of fun to among the show’s merchandising, which includes Shrigley’s Rules of the Gallery tote bag among its offerings. Like a ruder and more prescriptive version of Paper Monument’s How Artists Must Dress bag, the work includes such questionable advice as ‘no shutting your eyes’ and ‘no speaking in German’. It’s unclear which of Shrigley’s consumer goods – the calculator or the bag – will come in most useful, though they both look like part of an innovative, amusing new exhibition. For more go here, and to understand how a dysfunctional calculator could qualify as a work of art, get a copy of Defining Contemporary Art. 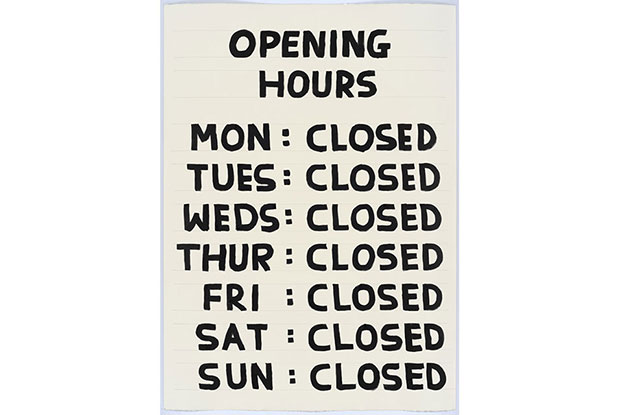