Some go to Los Angeles in the hope that Hollywood will offer them a salvation from their day-to-day drudgery. Yet one of LA’s most prestigious art institutions is showing the work of an out-of-town filmmaker who seeks out and finds the nobility in hard work.

The Italian artist Yuri Ancarani opened his first US solo exhibition at the Hammer Museum in Los Angeles yesterday. It’s a high-profile debut for this filmmaker, who has already picked up a clutch of prizes in both the cinematic and fine art world. 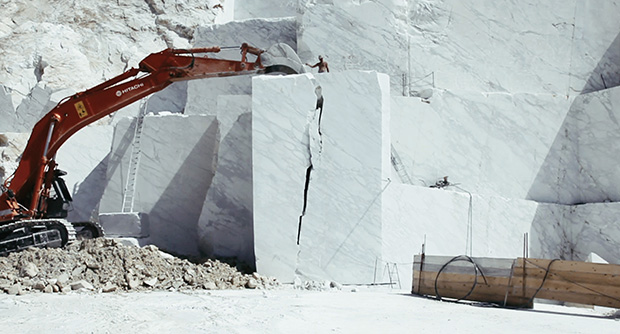 His films are, broadly, documentaries; yet their composition, focus and aesthetic qualities give them a heady, dream-like quality. Three are on show under the group title of La malattia del ferro or the disease of iron, a term to describe the irrational attachment sailors have to their vessels after long periods at sea - a kind of cabin fever. It’s an apt name for a suite of works that look at man’s synchronicity with machine. 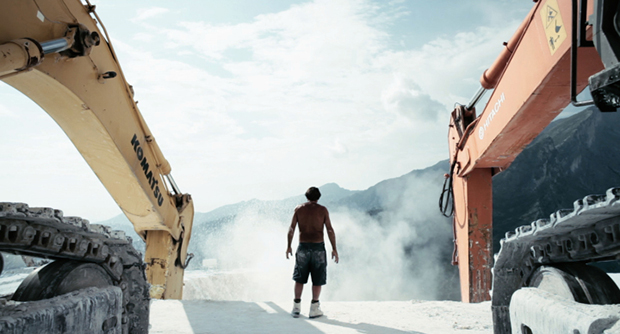 Take, Il Capo. This 2010 film captures the rock cutters in the famous Carrara marble quarry in Northern Italy. Michelangelo carved David from Carrara marble; the stone was also used for the facades of London’s Marble Arch and Washington’s Peace Monument. So, perhaps it’s fitting that Ancarani’s film manages to capture the delicate, near-balletic manner in which foreman and digger operator split and pack away the Carrara marble.

"I wanted to highlight that the 'bestiality' of the characters is not so hard and through the camera I preferred to give importance to the perfection of their work and actions," Ancarani says. "I looked for the cave’s best angles, in order to make it seem a perfect environment, a kind of set, although it is actually a construction site. Unlike video makers, that approach the world of work as a subject and search for its roughness as if they were making reportage, I am more interested in underlining the spectacular character. This is the reason why I want everything to be perfect, almost as a constructed set. And trust me, to find perfection in these places is really hard!" 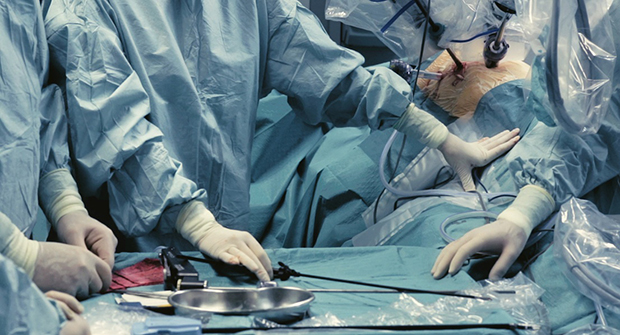 Ancarani also introduces similar qualities to Da Vinci, a 2012 work detailing the Da Vinci Surgical System, a remote device used by doctors to carry out intricate, precise operations in the human body. Again, viewing the film, you can’t help but be impressed by the synchronicity of man and machine.

"My first encounter with the surgery room was traumatic!" he says. "Gradually I got used to it, as I spent much time with the doctors in that surgery room. What appealed to me the most was the fact that inside a human body it is possible for a machine, a robot, to work.There is so much blood! Everywhere! However, I didn’t want to create feelings of disgust or fear in the audience. I wanted them to watch the 'clean' parts." 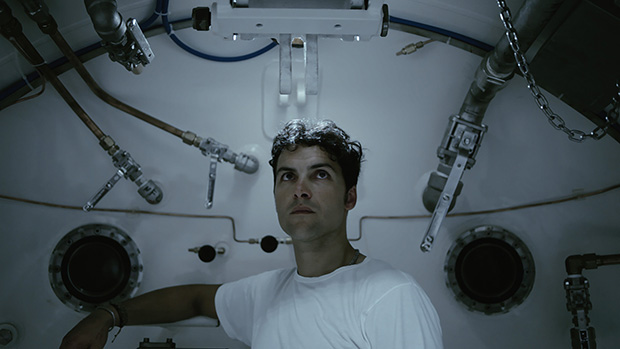 The final film, Piattaforma Luna, isn’t quite so laudatory. It looks at the daily routine of scuba divers on board a submarine, stationed deep below sea level, and perhaps highlights a more vital and basic reliance on complex machinery in a little-seen, hostile working environment.

The show, which runs until 18 January 2015, is a stimulating look at the incredible possibilities of 21st century vocations.

For a greater understanding of the fine art of filmmaking, consider our book, Take 100; and for more on the wide world of contemporary art that Ancarani’s movies fit into, buy Defining Contemporary Art. Co-author Massimiliano Gioni, included Ancarani's Da Vinci film in his 2013 Venice Biennale international exhibition, the Encyclopaedic Palace.