Decoding the language of art criticism

Pristine white galleries became the norm in the early 20th century largely thanks to the emergence of abstract art. Given the importance of colour, line and form to painters such as Piet Mondrian and the De Stijl artists for instance, it’s  no surprise that they wanted their work to be shown in an environment with minimal fuss and distraction.

‘White cube’ entered the art lexicon thanks to Brian O’Doherty, the Irish-born polymath, esteemed no less as a novelist, artist, documentary maker, medical doctor, TV presenter, professor and director of visual arts and film and media at America’s National Endowment for the Arts and art critic and editor. His series of essays, Inside The White Cube: The Ideology of the Gallery Space, were first published in the magazine ArtForum, in 1976. 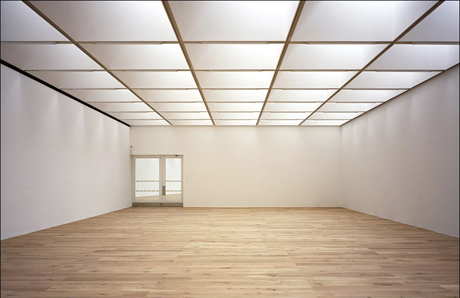 Artists had long been engaged with how their work is handled by the institutions it appears in, from Marcel Duchamp’s Boîte-en-valise, a suitcase full of scaled-down reproductions of his artworks, to Marcel Broodthaers’ interrogation of museum power structures. Broodthaers 'founded' his own Museum d’Art Moderne, Département d’Aigles, by showing art postcards in his house. O’Doherty tackled the physical and perceptual impact of the modernist art space itself, comparing its specific architecture to historical precedents. 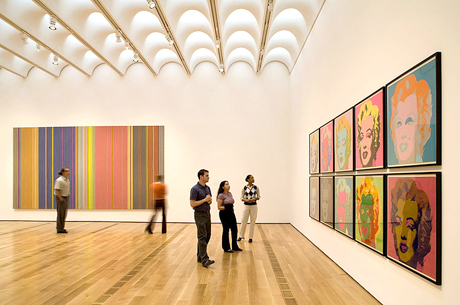 His key points included how, with its plain, windowless walls and artificial light, the ‘white cube’ is sealed off from the hubbub of the wider world and the passage of time, to create a neutral zone where the artwork can be itself. Yet, rather than quietly disappear beyond our peripheral vision, the clean-cut, blanched surrounds become as much a part of the art experience as the work. “More than any single picture,” he wrote, “[the white cube] may be the archetypal image of 20th century art.” O’Doherty compared this special architecture to churches, Egyptian tombs and stone age caves, all spaces designed or chosen to protect and give meaning to sacred objects and images.

In recent years ‘white cube’ has become popular parlance, thanks to London dealer Jay Jopling who took the brassy step of naming his fledgling operation in a pokey room, White Cube, in the 1990s, now expanded to three major, architect-designed spaces including the new 58,000 square foot Bermondsey gallery. The great thing about cubes, of course, is that they can always be scaled up.