A quick look at the new Yayoi Kusama show

If you're a fan of the fantastical and the baroque - or just feeling a bit like you're kind of unmoored in endless space - chances are you love the immersive world of Yayoi Kusama. And if you live in London you're in for a treat. A show of her new work opens tomorrow across the three locations and the waterside garden of the Victoria Miro Gallery. 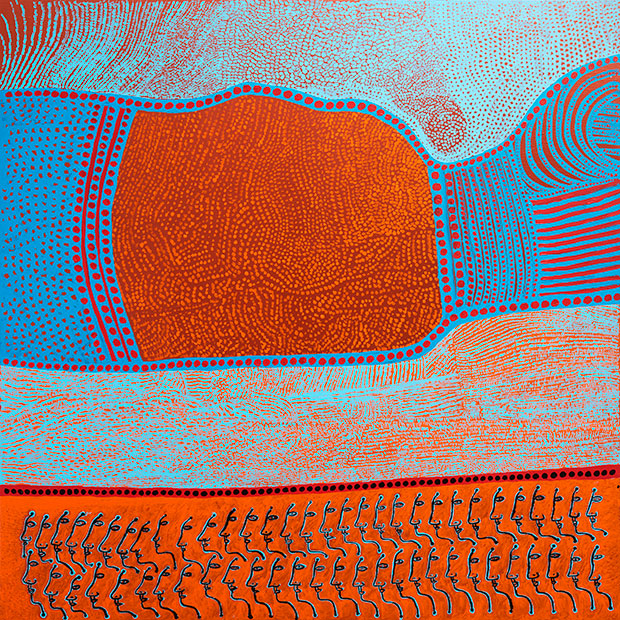 The exhibition features new paintings, including her ongoing My Eternal Soul series and her signature Infinity Nets, the iconic pumpkin sculptures and some truly incredible, sensory blasting mirror rooms - all specially conceived for the exhibition. 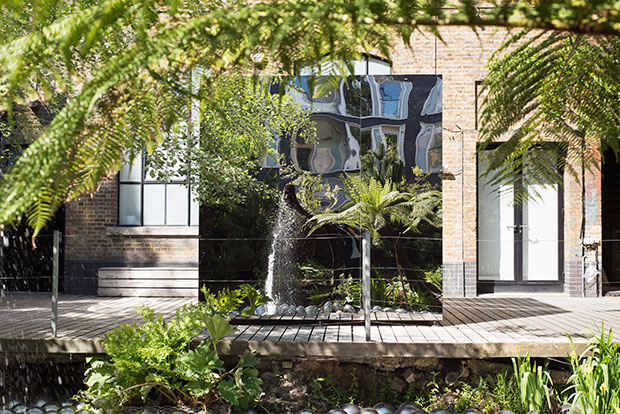 Yayoi Kusama Where the Lights in My Heart Go, 2016

The latter are perhaps the most astonishing. Where The Lights In My Heart Go is a polished stainless steel cube punctured with small holes. Activated solely by daylight to create an ever changing constellation, Kusama refers to the effect as that of "a subtle planetarium" - a place in which to ponder the mysteries of the physical and metaphysical universe." 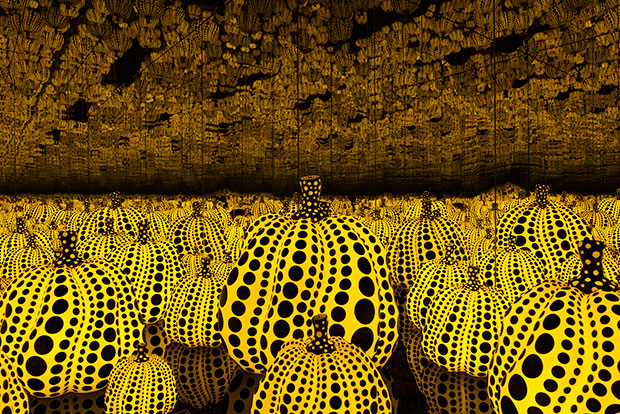 Yayoi Kusama All the Eternal Love I Have for the Pumpkins, 2016

It's worth remembering that in the mid 1960s Kusama was one of the first artists to work in an installation format - at that time known as 'environments'. Indeed, there’s a tension between the self-obliteration, the dispersal of the self and the monumentalising of the self in all these mirrored surfaces - something which you encounter again and again and again in her work. We caught up with Marie Laurberg, Curator Head of Research at Louisiana Museum of Modern Art this morning and asked her to put the show into some context for us: 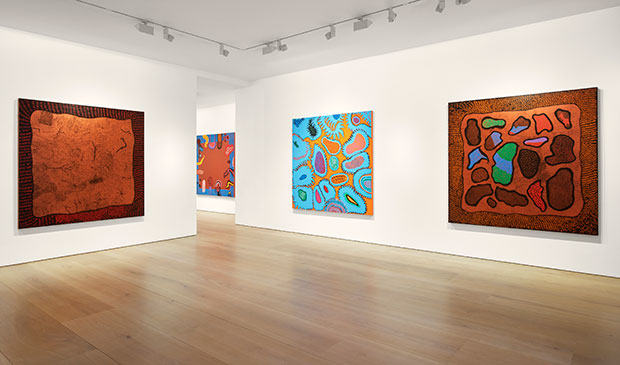 "Really, Yayoi's history is one of breaks, with two chosen homelands (New York and Tokyo), but also artistic breaks," she told us. "Kusama has often made dramatic shifts in style. But on the other hand, just as important is her history of continuity. Because throughout her life and throughout her artistic practice she returned again and again to the same themes that occupied her from early on." 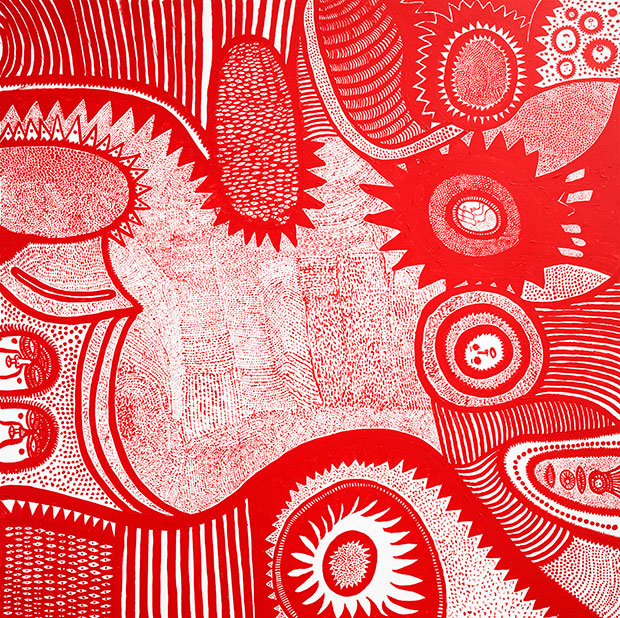 "One of these is infinity," Laurberg said. "Infinity in her artwork is there as infinite patterns and nets and polka dots which cover the entire canvasses, even entire rooms. And it’s there very completely too in her installation works - these mirrors that double your perspective to infinity. But infinity is also an idea, and it’s also a psychological space like an inner darkness, or an abyss, that can devour you completely. And her attraction to this great nothingness is both filled with desire and with fear." 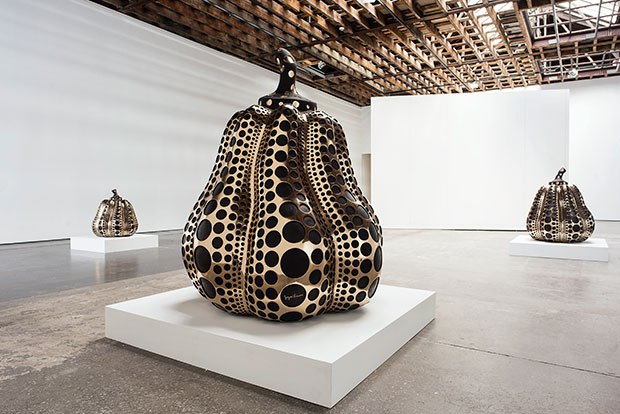 Laurberg says the new works reinterpret "a motive and a composition principal" that Kusama developed in the late 1950s. "They were inspired by her view of the ocean surface from the plane (to America) and she called the earliest ones Pacific Ocean. But very quickly it seemed that this reference to nature - and very concrete reference to the ocean - kind of lost its importance to her and the net became kind of a force in itself, the structure and principal of small semi-circles that covered the canvas as a net became a driving force that kind of overstepped her own control. And it became a conceptual or even performative enactment of infinity." 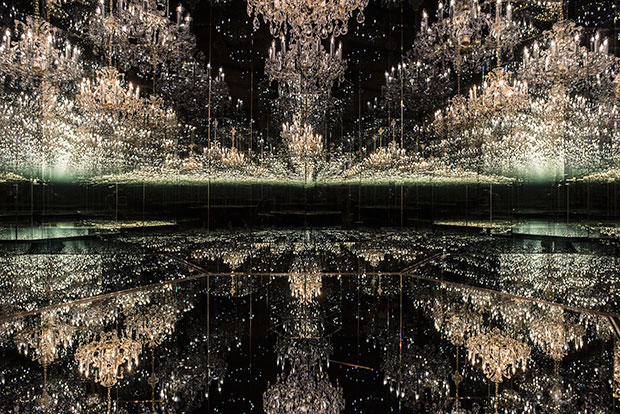 Check out the show here and for a great overview of the artist's work buy our Yayoi Kusama Contemporary Artist Series monograph here.