Our charming but idiosyncratic new PA Siri tells us it’s Friday (the first time he/ she/ it has been right all week!), which means it’s time for another Phaidon Muse Music playlist. Today it’s the turn of Turner Prize nominee George Shaw to choose and talk about the music that’s helped inspire his paintings. George told us that he road-tested his playlist in the local pub - with great success by the sound of it. Hopefully your weekend will be as eventful if you put it on.

Shaw’s paintings focus on the place in which he grew up – the two square miles of the Tile Hill council estate in Coventry. Instead of traditional artist paint however, he uses Humbrol enamel paints, the kind used by children and hobbyists to paint Airfix and Revel scale models.

The Humbrol sheen elevates Shaw’s paintings from the purely representational, the supra-realist, and takes them elsewhere, almost to another era. According to the Turner Prize judges, his work lies at the very edge of tradition. If his paintings are filled with nostalgia for a lost childhood and adolescence it's a sentiment reflected in his musical choices. We’ve put his playlist on Spotify but before you listen to it take a read of what he has to say about the songs he’s chosen.

“I keep all my records in the studio, so the first thing I do after I’ve finished a day of painting is put on some music and have a dance around while I’m tidying up and washing my brushes. I’d love to listen to music more, but if it’s music I like I find it too distracting and I just drift off. When I put this playlist together I played it on the jukebox in the pub. When I put the first song on the whole place just fucking erupted and there were lots of old men just saying, “Yeah this is what it’s about!” My music takes me to the world of who I used to be. 'Nostalgic' makes it sound a little bit sad and introspective, but it is I suppose. Some of the stuff is so old it’s even nostalgic for another age!”

__Small Faces _Tin Soldier  ___ _- _This record’s from the tail end of the 60’s – I was a one-year-old when this came out so I don’t actually remember hearing it then – but it was very much part of the mod revival of the late 70’s. This song is just explosive. You get that classic ‘I can’t believe he’s white!’ reaction when you hear it. The organ at the start makes it sound like it could be in a church and then you get this mutated Led Zep heavy rock feel. The lyrics are taken from a Hans Christian Andersen poem. I remember listening to it around 1979 at a youth club (the sort with a vicar stood at the door) right in the middle of the mod/ska revival in Coventry. We were all into The Specials, The Purple Hearts, The Lambrettas and Secret Affair – and of course right at the top of that was The Jam. When we first heard this everyone was like, ‘What the hell is that?’ Because it doesn’t sound like mod music, it’s just hard R&B. Unrelenting and unforgiving.

__The Jam _Thick As Thieves ___ _- _I was always interested in the mod/ skinhead look - working class kids who wanted to dress better than their boss. A classic description of mods -‘Clean living under difficult circumstances’ - comes from (early Who manager) Pete Meaden. An element of my work is about looking at the surroundings that you’ve come from and instead of being dragged down by the country which tries to keep you in your place – you elevate where you’re from and your position and become proud of who you are. You can see that in any punk album cover, like The Specials, The Jam – they’d be dressed immaculately stood on the top of a rubbish heap. I find that extremely powerful imagery, and it’s kind of where my work comes from. By the creative energy that you’ve got, you can change people’s opinion of a place – in the same way that rock n’ roll and what became pop had its origins in crushed black immigrants in America. That’s about as bottom of the pile as you can get, being a black slave to a white American, you sing the song that makes you free. Thick As Thieves is a sad song about reflecting back on childhood – the lyrics sound like they could be a Philip Larkin poem. I quite like sad lyrics; I quite like dancing to depression. 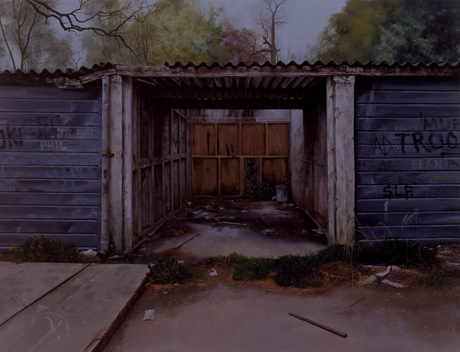 George Shaw, Scenes from The Passion: The Middle of the Week (2002) Humbrol enamel on board

The Specials Blank Expression _ –_ You’re just growing up and getting into music and then the biggest music sensation that year in Britain comes from down the road, literally down the road! Just a short bus ride and you’re standing outside the Specials’ house! Not only was it IN your local town but you could SEE the town in the lyrics – you can just see Coventry, especially in this track. I remember turning on national radio or Top Of The Pops and hearing someone from my local town, seeing someone from down the road dancing on TOTP! Coventry’s got quite a unique quality in that the things that it exports always paint the town in a shit way. The Specials talk about decaying Britain, Philip Larkin is the king of miserablism and my paintings hardly paint Coventry in a good light – but people seem to like it. It’s just honest.

X-Ray Spex Germ Free Adolescents__ - I think Poly Styrene has such a beautiful voice. It’s got a huge vulnerability in it. In this song her voice nearly breaks down at one point. You wouldn’t think of it as a punk song from 1978, it’s almost like a song by The Smiths. There’s a certain melancholy about past youth. You could almost cut yourself on the tenderness, it’s so sharp. I put it on a playlist when I was doing a lecture and you could see half the guys being transported back to their youth and the rest were just thinking ‘What the hell is this?’

Alexis Korner and the Blues Incorporated Gotta Move__ - A classic R&B tune by a group of white guys in duffle coats with beards but no moustaches.  It’s from right at the birth of 60s pop - I find that period really interesting. You get the whole of popular culture being torn apart by the young -  even though the young at that time were looking like old guys - lots of cardigans!

Mott The Hoople Saturday Gigs – They’re a kind of reinvented glam rock band from the 70s of the kind that the older kids with their long hair and platform shoes would’ve been listening to. I think of it as a kind of nostalgia for 1974. It’s less about nostalgia for music gigs and more about nostalgia of being a child going to see Flash Gordon at the cinema – you’ve got your sherbert dib dab and off you go. It’s a beautifully sad song. 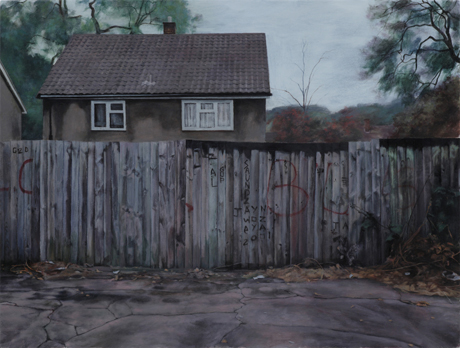 Harry J All Stars ___Liquidator ___ - When I was growing up this is what the funfair sounded like. This is the big-boys on the waltzers making you sick. It would be the sound of Jamaica, but ska to me isn’t the Caribbean but a damp autumn funfair in Britain. It’s got that aspirational quality to it because it sounds like it should be sunny but because we were listening to it in Coventry with the skinheads it has an aggressive feel to it. I can remember watching in 1973/74 some of the hardest looking skinheads all sat round the waltzers with this on in the background and they were all nodding their heads to it, you just wouldn’t go anywhere near them. And the album cover has got hard looking gangsters on the front of it. But if you’ve ever been to a ska gig you know that it’s not aggressive at all.

The Who I’m One__ – It goes back to that youth club introducing me to classics. The Quadrophenia album looked great – it had a booklet in it with loads of photos. The Who have got a lyrical content that I appreciate more now than I could when I was 13. The photographs of the mod – he’s wearing flairs and a kipper tie - classic 1970s photography. And he’s singing about life being complicated and life IS complicated. The whole album is so seamless – and I’m really looking forward to when they reissue it. I’m a big fan of Pete Townshend.

Sham 69 I Don’t Wanna__ – This is just a list of things he (singer Jimmy Pursey) doesn’t want to be. It’s classic adolescent moaning set to the heaviest bass. It’s just a puerile piece of lyric writing and I somtimes like it when the lyrics in the song are quite basic. It’s a great song created and built out of a certain negativity.

The Faces _Debris _ - This is the last song on the playlist in my pub. All the old guys are on shorts by this point! The Faces grew out of The Small Faces so this is a little story. This is a hugely nostalgic lament at the end of the evening when everyone’s thinking about lost loves and forgotten landscapes and it’s one of the few Faces tracks sung by Ronnie Lane who contracted MS and died very young. When you hear his voice and see his sad looking face, it was the opposite of the things you knew The Faces for – drinking, womanising, football and having a good time. They paint a picture of the landscape of war-torn London, making references to factories and people being unemployed, people at markets. You could read the lyrics in a book of 20th Century English poetry, you barely need the music. 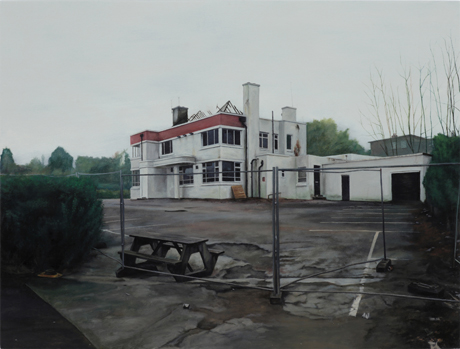 George Shaw, The Age of Bullshit (2010) Humbrol enamel on board