"Probably" says the fine-art photographer, on the eve of his major new European retrospective

"I would take a street photograph if I happened to have the right camera at the right moment but I almost never do," Jeff Wall tells the Financial Times' Jane Ure-Smith. "I have nothing against reportage. People have accused me of being afraid of doing it. And, I figure, that's probably true."

The interview, published to promote a new exhibition at the Stedelijk Museum in Amsterdam, reveals the unlikely influences in Wall's work. An admirer of both the 19th century French painter Édouard Manet, and 20th high-minded reportage photographers like Walker Evans and Robert Frank, Wall's pictures have both the gloss of a lightly caught moment, and a highly contrived composition. 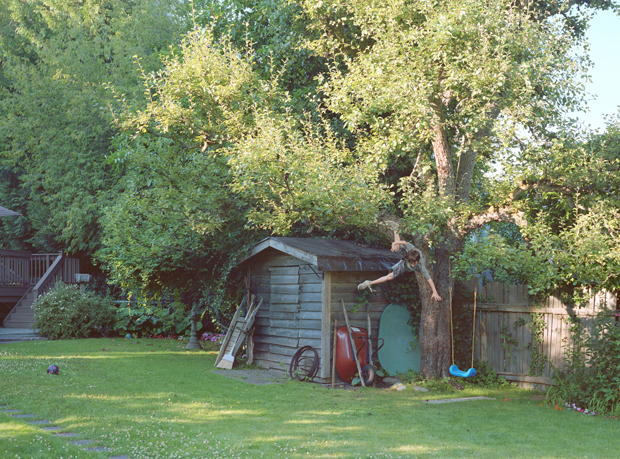 This is, as the FT piece reveals, more or less his intention. Wall studied art history at both the University of British Columbia and London's Courtauld Institute, and only began to create his photographs 1977, by which time he was in his early thirties, and knew what he intended to create.

"If anything could be art, the art of the past can be art," he tells the paper. "That was a paradox that couldn't be excluded. If I wanted to go back and reconstruct the 19th century in my own head, that was art. It opened the door to doing something so-called traditional that wasn't traditional at all. It's just as post-conceptual as anything else and stems from the same starting point." 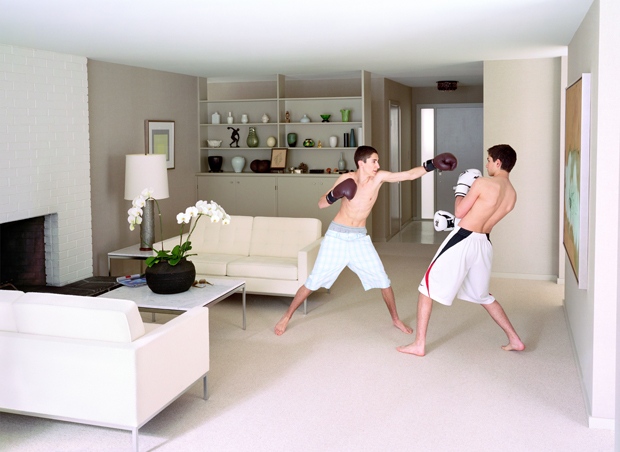 Wall has been continuing to produce these Manet-meets-Magnum images ever since. However, Jeff Wall: Tableaux Pictures Photographs 1996-2013, marks a minor change in his work. It is the first photography exhibition the museum has staged since its 2012 re-opening. It focuses on Wall's later career, fielding images from his first black and white composition, shot in 1996, up until last year. As he explains to the FT, the later works are inket prints, rather than photographic transparencies set on lightboxes.

"I haven't done a light box since 2007 so, in a way, the show is about the change in technique," he says. "Nothing radical in the sense that I'm doing a different kind of picture: I'm doing the same kind of thing but with a different final print form."

Perhaps the pictures are a little more focused. This selection seems to be less fantastic earlier shots, such as The Vampires' Picnic (1991) or The Giant (1992). There's no great theme or message, either. Instead, Wall appears to be working on creating beautifully formed images. 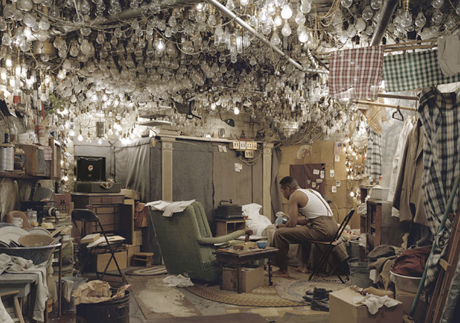 After "Invisible Man" by Ralph Ellison, the Prologue (2000) by Jeff Wall

"I like the composition of a picture, the dance of colours and shapes across it, more than I like the subject," he explains. "I love whatever subject I'm working on at the time because it's taking me into the picture. When I'm done with the picture, I'm probably done with the subject. Some might say that's a bit hostile and bit detached. But I go with my impulses and it seems that the art of composition is a great art."

And, when it comes to composition, Wall is one of the great artists, on or off the street. Read the full FT piece here. Find out more about the Stedelijk show, which runs 1 March - 3 August, here. And for greater insight into his life and work, pick up a copy of our Jeff Wall book, or even consider this collectors' edition print.