Decoding the language of art criticism - or, how to speak 'art'

In 2010, performance art became a pop phenomenon thanks to Marina Abramovic’s marathon sit-in at MoMA, The Artist is Present. Around 850,000 visitors, including Lady Gaga, turned up to share time with Abramovic, who sat silently enduring physical and psychological pain for two-and-a-half months. In July, Tate Modern will launch a programme of performance art in Tate Tanks - two huge former oil tanks attached to the building (more of which later today).

What is performance art? There’s no short answer. As a term it’s now so baggy and inclusive it can’t be pinned down to a few set rules. Historically, while performance spans visual arts throughout the 20th century (think of Dada sound poetry or Bauhaus’s blend of dance, theatre and art) it really took off as a distinct medium in the post-war years. There was Alan Kaprow’s Happenings, the Japanese art movement Gutai, the Judson Dance Theatre’s choreography of everyday movement, Viennese Actionism, Fluxus, feminist art and artist-shaman Joseph Beuys’s mythmaking. One thing they all had in common was an interest in the body as material for art. 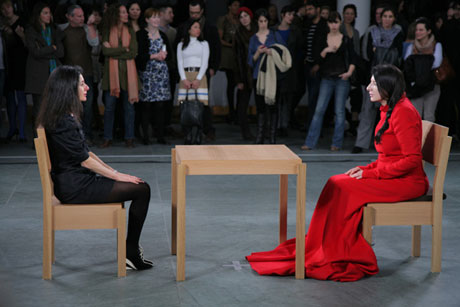 Pondering where art could go after abstract expressionism, Kaprow wanted to use “the specific substances of sight, sound, movements, people, odors, touch.” His first public event, 18 Happenings in 6 Parts (1957), was a dizzying, constantly shifting affair, inspired by John Cage’s musical experiments with chance, and featuring sound, light-projections, live painting and an audience kept on the move.

Two of the best-known performance works by artists associated with Fluxus are Shigeko Kubota’s Vagina Painting (1962), where she daubed red paint with a brush between her legs in a repost to Pollock’s macho drippings with his phallic stick, and Yoko Ono’s Cut Piece (1965), where the audience was invited to scissor off the artist’s clothes. Cut Piece anticipates concerns that would dominate performance, or ‘body art’ of the following decade. Passive and vulnerable, Ono used both the audience’s and her own relationship with her body to talk about women’s relationship with society at large. It’s a work fraught with danger, the real threat of the blades piercing her flesh, and at the same time a symbolic act. 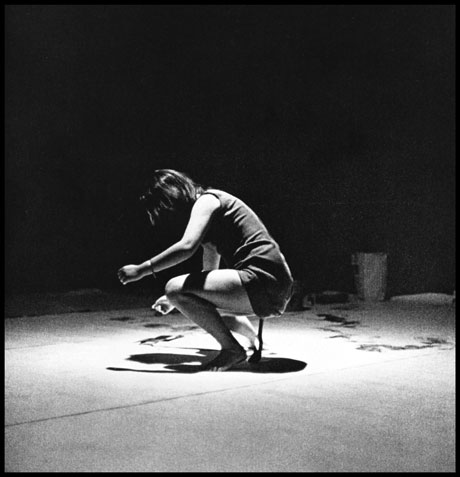 Performance art of the 1970s is lit up with this kind of Spartan ritualistic self-sacrifice that crosses the bounds of art and life, representation and the real, not to mention ethics. It was in part a way of testing art’s political scope or spiritual potential in a non-religious world. In the intervening decades many of body art’s best-known practitioners have come from Communist countries, like China’s Zhang Huan, whose 12 Square Metres (1994) involved him sitting in a public loo, coated in honey, liquidised fish and flies. Watch his White Cube video. 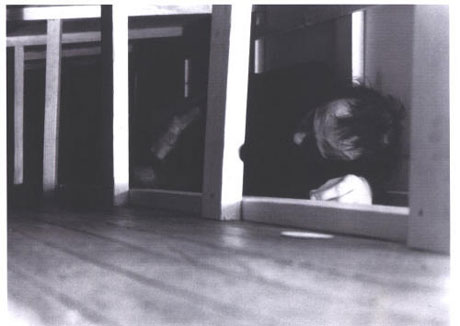 Looking at some recent high-profile names flying the flag today however, it can seem like performance art now is just about anything live conceived by an artist, which refuses to fit into any other box. In addition to old school performance icons like Abramovic’s feats of endurance, we could add the next artist to tackle Tate Modern’s Turbine Hall, Tino Sehgal, whose staged encounters have included a room full of kids who invite you to play or museum guards who unexpectedly strip tease. 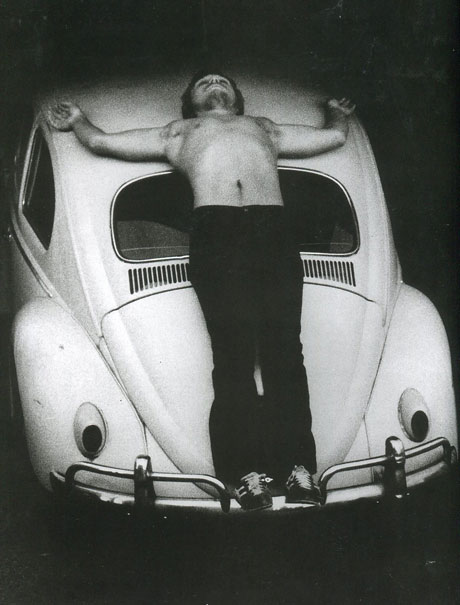 For more information on some of the key artists mentioned above, Phaidon has exhaustive monographs on the work of Marina Abramovic, Zhang Huan and Vito Acconci. You can find information on many of the other artists in our article in the very wonderful Defining Contemporary Art.

And to further expand your art vocabulary make sure to check out some other terms in the Phaidon Guide To Art Speak series: Site-specific, Super-Hybridity, White Cube, Altermodern, Curator, Unmonumental.