The biologist loved by Mies and Richard Hamilton

Why did the pop artist and modernist architect both draw inspiration from a controversial 1917 biological text?

As The Tate Modern’s Richard Hamilton retrospective draws to a close, and to herald the publication of our new Mies van der Rohe monograph, we thought it might be interesting to take a look at a major biological work that inspired both the great pop artist and the architect.

On Growth and Form by the British mathematical biologist D'Arcy Wentworth Thompson was first published in 1917 and is today regarded as a seminal work on biology. Thompson argues that simple physics and mechanics determine the forms of plants and animals, from a jellyfish’s body to the arrangement of a fern’s fronds. While he doesn’t refute Darwinian evolution, his work places emphasis on mechanical and physical laws as being just as influential on a plant or animal’s eventual form.

Thompson’s thesis was startling at the time and, it seems, hugely influential in fields far beyond science. British pop artist Richard Hamilton, whose artistic sensibilities were allied with a keen understanding of and enthusiasm for engineering, dedicated his 1951 exhibition, also called On Form and Growth, to Thompson’s ideas. 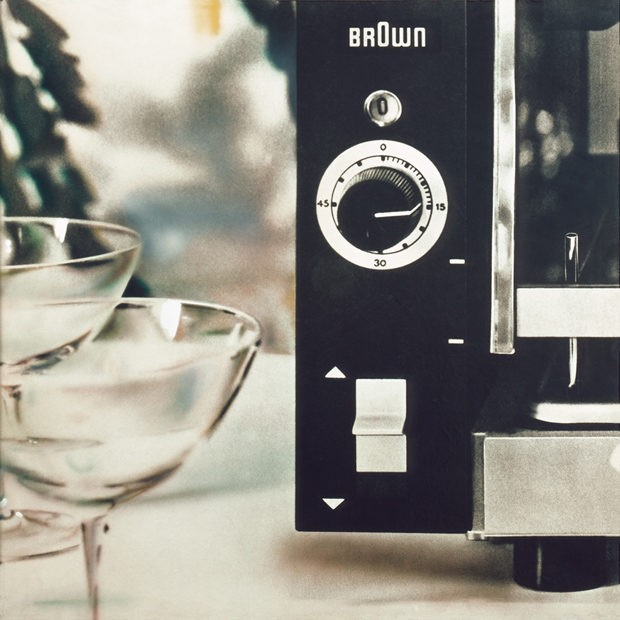 As the Tate explains, in the notes for its current exhibition, (which includes a recreation of the '51 show) Hamilton “brought together a range of organic and scientific materials, demonstrations, and photographs, making use of the most up-to-date imaging technologies. One of the ‘benefits’ of the exhibition, Hamilton wrote, was ‘the influence it may have upon design trends’. By using grid-based structures to look at form in nature, the exhibition challenged the apparent opposition between geometric and organic approaches to contemporary architecture and design'.”

Amazingly, these same ideas were being put into practice on the other side of the Atlantic. Mies van der Rohe, took On Form and Growth more literally, seeing the close comparison of animal skeletons to manmade engineering mirrored in his own desire to see his tower blocks stripped to their structural core. Here’s an extract from our new Mies monograph, by Detlef Mertins:

“Although initially published in 1917, Thompson’s book appeared in a new and expanded edition in 1942 that circulated widely amongst architects, engineers and artists in England and the United States. Celebrated in science as the first extensive account of the dependence of form on the dynamics of growth in organic and inorganic matter, it appeared on lists of recommended readings for architecture students at IIT [the Illinois Institute of Technology, where Mies taught]. 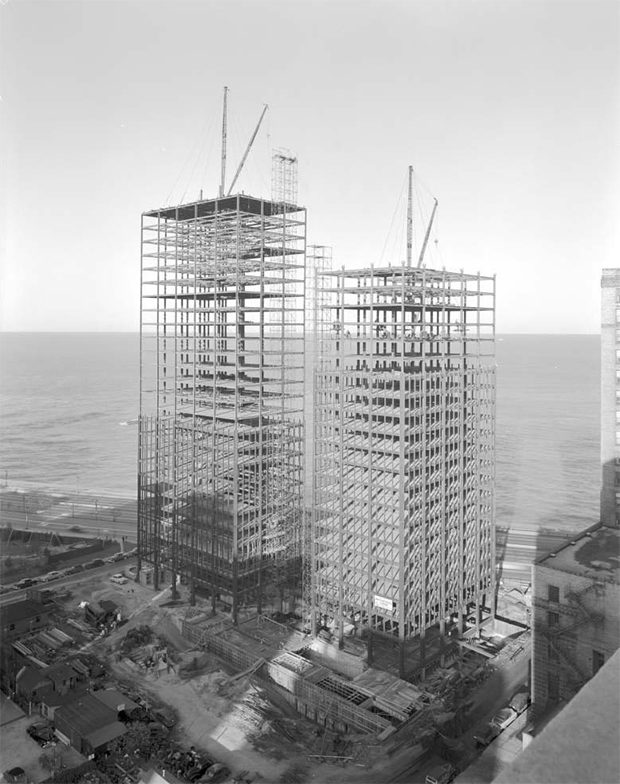 Both Mies and [fellow IIT architect] Hilberseimer owned copies of the 1942 edition. While working on the Lake Shore Drive Apartments, Mies was supervising [Maryon] Goldsmith’s [Mies’ student] master’s thesis on high-rise structures and encouraged him to read Thompson’s book. Impressed by Thompson’s discussion of the relationship of form in animals to the dimensional thresholds of their skeletons, Goldsmith dedicated his thesis to the influence of scale on the design of high-rise structures in concrete in which the structure was straightforwardly exposed.

The text goes on: “Thompson, in his chapter on structures, drew numerous analogies between skeletal structures found in nature and those created by engineers. The femur bone, for example, now appeared juxtaposed with an engineer’s proposal for a great crane. Thompson’s interest was not only in how the form of the bone was perfectly shaped for transferring the weight of the torso through the hips into the legs but also in how its formative structural forces were reinforced and made legible in surface features. 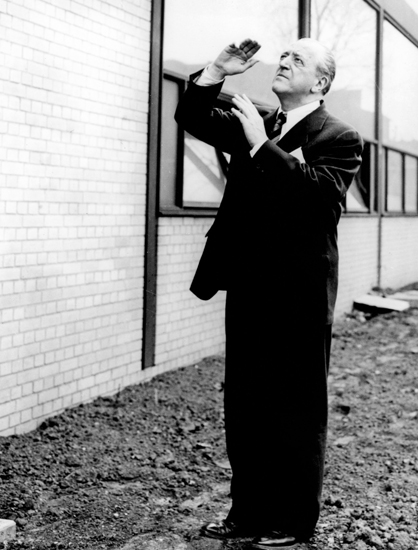 The engineer, Thompson recounted, saw in a moment that the arrangement of the bony trabeculae was nothing more nor less than a diagram of the lines of stress, or direction of tension and compression, in the loaded structure: in short, that Nature was strengthening the bone in precisely the manner and direction in which strength was required; and he is said to have cried out, ‘That’s my crane!’

So, when we think of the exposed steel frame of a building like Lake Shore Drive as a skeleton, we are getting really quite a deep insight into the way the architect thought. And when Richard Hamilton claims, that the Braun product designer Dieter Rams’ products “have come to occupy a place in my heart and consciousness that the Mont Sainte-Victoire did in Cézanne's" he isn’t making a flippant comparison, but a thoroughly sincere one. For more on Hamilton and his period, consider our Pop books. For more on Mies and his inspirations, do consider our monograph. You can buy it from the people who made it, here.