Are the pictures in Nickas’s exhibition figurative? Are they abstract? The answer is ‘yes’ and ‘no’ and also ‘maybe’

When we look at a picture in an exhibition, we might not want to understand it immediately. Part of the pleasure comes from being stretched, so that you really notice and consider what you're seeing. Yet, we’re all human, and our eyes can’t help but look for familiar or defining features in otherwise confusing sights. 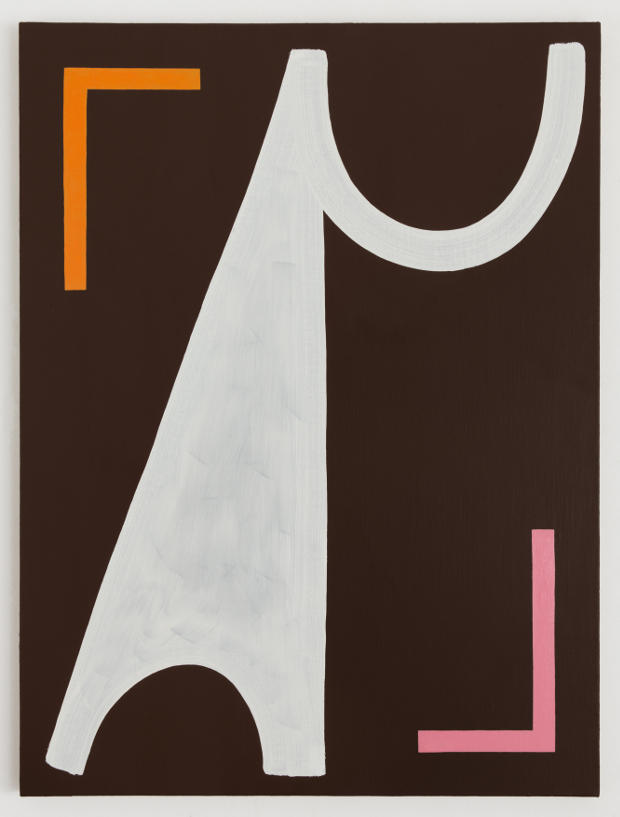 Béla (2015) by Ulrike Muller Courtesy of the artist and Callicoon Fine Arts, New York © the artist

The Phaidon author, critic and contemporary art expert Bob Nickas fools about with this tension in a new exhibition at the Collezione Maramotti in Reggio Emilia, northern Italy.

Figurative Geometry runs until 2 April 2017, and presents 40 paintings by nine artists, including Vitamin P3 painters Sadie Benning and Ulrike Müller, and Xylor Jane who features in our earlier Vitamin P2 survey. In some senses the works are conventional. The pictures aren’t made in some wacky new way – such as with an ink-jet printer or using electroplating techniques – but are instead painted by hand, often in a single day. Despite this, they’re not entirely easy on the eye, and we mean that as a compliment. 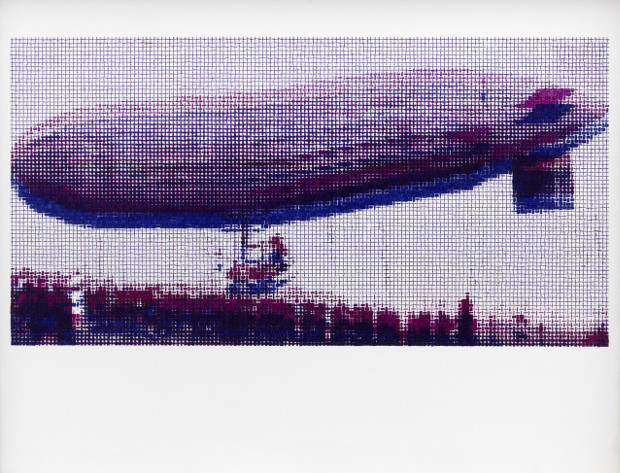 The works confound categorisation. The Maramotti exhibition notes state that the artists all “represent abstraction or, equally, abstract representation.” Xylor Jane works with numbers, adding mystery and charge to these familiar figures; feminist artist and co-founder of the band Le Tigre Sadie Benning gets at subjects of gender and sexuality obliquely; while the painters Chip Hughes or Richard Tinkler, who reference weaves and textiles in their apparently abstract canvases. Confused? Well, then allow Nickas, author of Painting Abstraction among other titles, to shed a little light on his show. 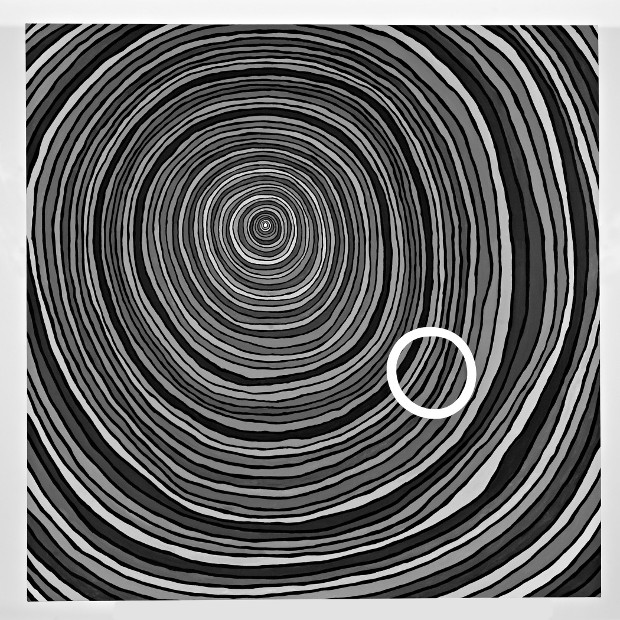 Landscape Before Dying (Toward Exiting #8) 2008 by Mamie Holst Courtesy the artist and 33 Orchard, New York © the artist

Why did you pick these artists? I invited these artists to participate in Figurative Geometry for the same reason why I choose artists for any exhibition. They, through their work, really drive the ideas that help to form and, potentially, unexpectedly, to deform the contours of what becomes a show. The works aren't only its contents, but the material and tools for it to be built. What makes these particular works remarkable is the range of sensibilities that intermingle so pleasurably, even as the individual paintings and drawings retain every inch and molecule of their autonomy. In too many shows a gallery is given over to a single artist. In my show, in each room, there are works by two or three artists, and it's as if they are actually present. At the opening, you might have walked into a room and seen Xylor Jane, Richard Tinkler and Robert Janitz speaking to one another. And even after they left, the conversation continued. 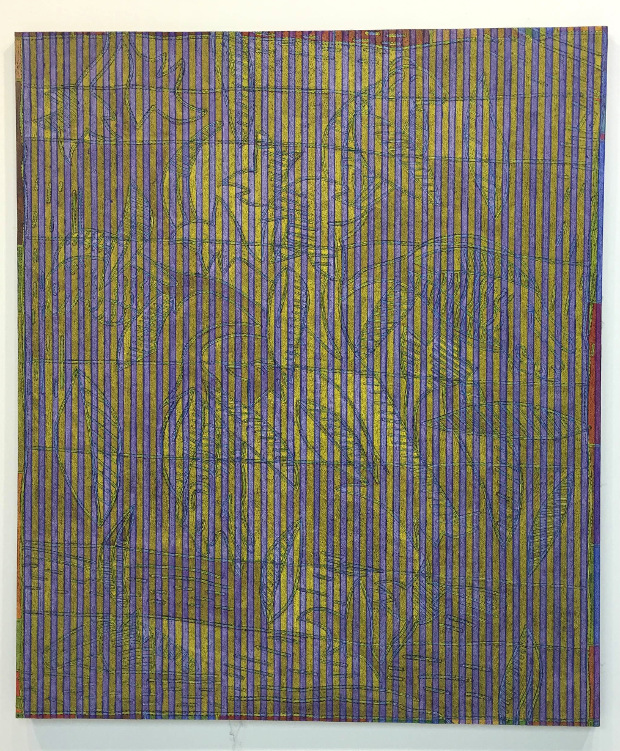 Why geometry and why ‘figurative’? Most people would regard many of these pictures as abstract. I don't know that geometry is important, at least in and of itself. But there has definitely been a return of interest in the art world, so-called, in figuration. Much of this art to my eye appears illustrational, intentionally naive, slapdash, easy to identify and in this respect reassuring to viewers, and to collectors, who can clearly see what's in front of them. There's not necessarily a lot of work to do in the looking at these pictures, and these are pictures, to use the old term for painting. I always want more from a work of art, not less. The level of complexity in say, a painting by Xylor Jane is very high, and the painting, which is this myriad fantastic image, which heightens the act of looking, may give you a sort of contact high, an elation. Her images are composed with numbers, and numbers are figurative.

All of the works in my show are hand-painted. I always think of fingers and touch, of the hand as digital. You can see that in the woven lines that thread through the silken surfaces of a painting by Chip Hughes. The broad arms' length brushstrokes that articulate a large canvas by Robert Janitz, who employs a dandyish form of body-operating, are also figurative. When you look at the geometric progression of patterns that multiply to create images in Alex Brown's portrait, you understand very well the idea of figurative geometry. And when you are in a room where works by Sadie Benning and Nicolas Roggy are paired, or when you move between near-Bauhaus baked enamel paintings by Ulrike Müller and the comic/cosmic works of Mamie Holst, you can appreciate how all these artists represent abstraction, and also abstract representation. 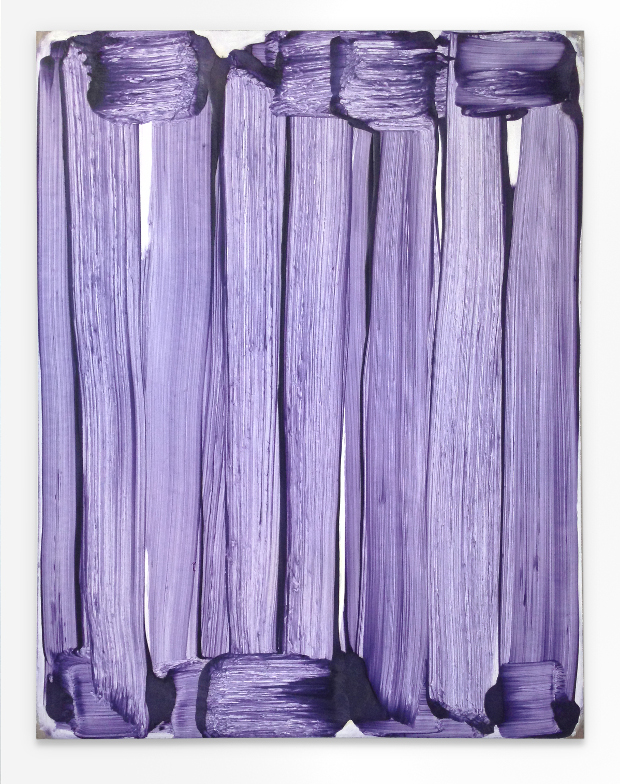 The Merry Widow is an Operetta (2016) by Robert Janitz Courtesy of the artist and Meyer Riegger, Berlin/Karlsruhe © the artist

__What’s next for painting? __ Every kind of art is made at all times. Of course certain curators, critics, dealers and art advisors, the trend-setters you might call them, would like us to think otherwise, yet history shows this to be true—all art is made at all times—and it cannot in any way be disproven. Those sorts of curators and critics, dealers and advisors, they seem more in danger of occupying a static position, while art, the most engaging at least, is always passing through states of self-animation, and not merely from point A to point B, but on a much longer ride.

For more on some of the painters featured buy Buy Vitamin P3 New Perspectives In Painting here. For more of Bob’s work get a copy of Painting Abstraction.