Legendary photographer wowed the crowd at Paul Smith, The Royal Festival Hall and Waterstones this weekend

Despite a legendary career which began in the 1970s there still aren’t _that _many people around who can say they’ve had their photograph taken by Annie Leibovitz. Certainly most of those who have, fall into the bracket of politicians, presidents, Hollywood’s finest (and occasionally less so), rock stars, Grade A royalty and those who have advanced public life and or discourse in various ways - as a brief flick through our new book Annie Leibovitz Portraits: 2005-2016 will quickly prove.

But for one ordinary family who steadfastly queued for almost two hours at Annie's book signing session at the Royal Festival Hall yesterday, a dream came true when Leibovitz grabbed dad’s camera and photographed him with his wife, daughter and new born baby. Their story, which we won’t go into here, touched Annie and she responded by affording them a rare gift. 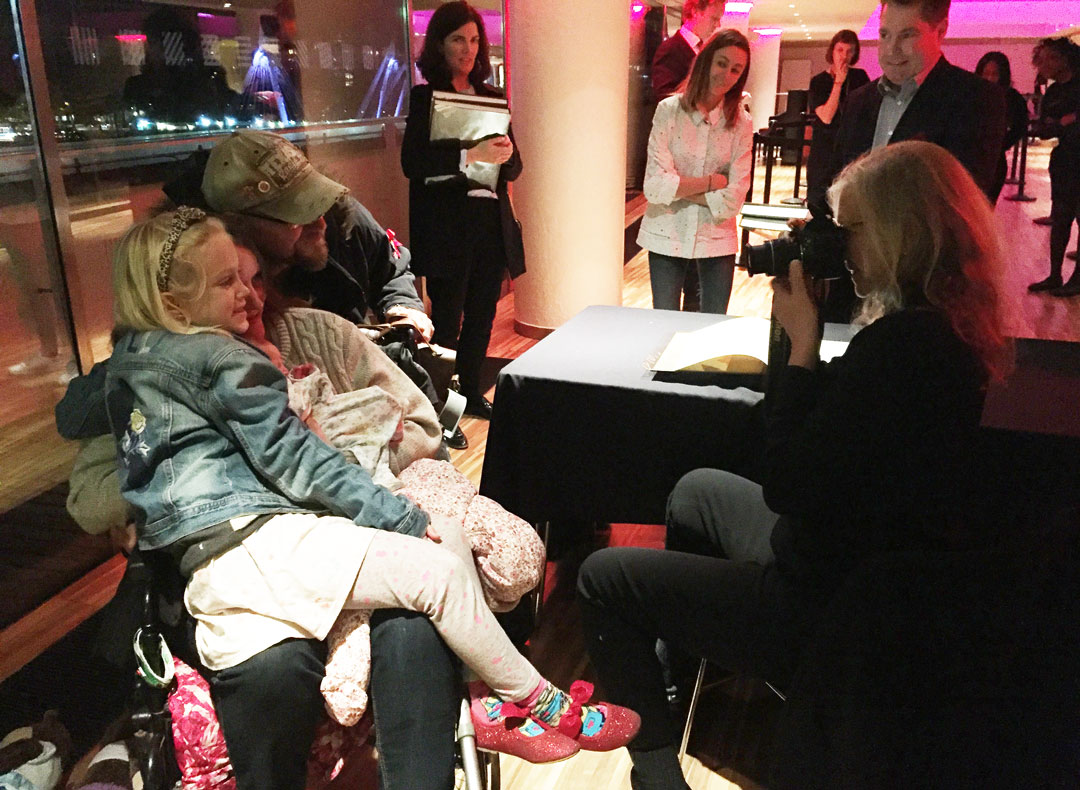 It was the perfect end to a perfect weekend where Phaidon HQ pretty much fell in love with the legendary photographer. It began at Paul Smith's Albemarle Street Store on Friday night where Sir Paul hosted a cocktail party to celebrate the launch of Annie Leibovitz Portraits: 2005-2016.  Guests included Michael Palin, Wim Wenders, Shaun Woodward MP, Susie Menkes and Peter Capaldi. Like all of our Paul Smith launches it was great fun and Annie greeted a fair few of the assembled like the old friends they undoubtedly were.

The following day it was down to Waterstones in Piccadilly where Annie signed books for a queue that stretched as far back as the tube station, drawing inquisitive looks from passers by. 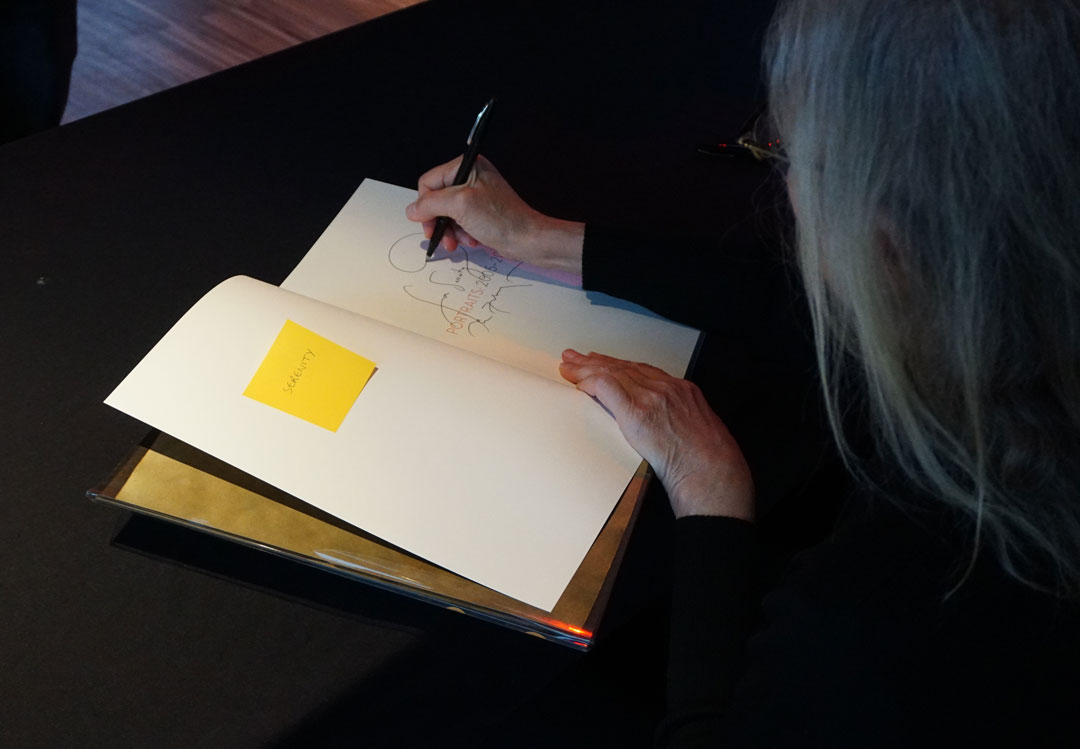 Sunday afternoon she was giving a talk and answering questions at the Royal Festival Hall with the Southbank Centre's artistic director Jude Kelly who introduced her, commenting among other things on Annie's ‘determination’ and ‘chutzpah’.

In a lively hour-long discussion she talked about photographing Harvey Weinstein, Hilary Clinton, the current first lady, countless celebrities and shared some poignant photographs of her parents in the full bloom of life and her father, during his last days. 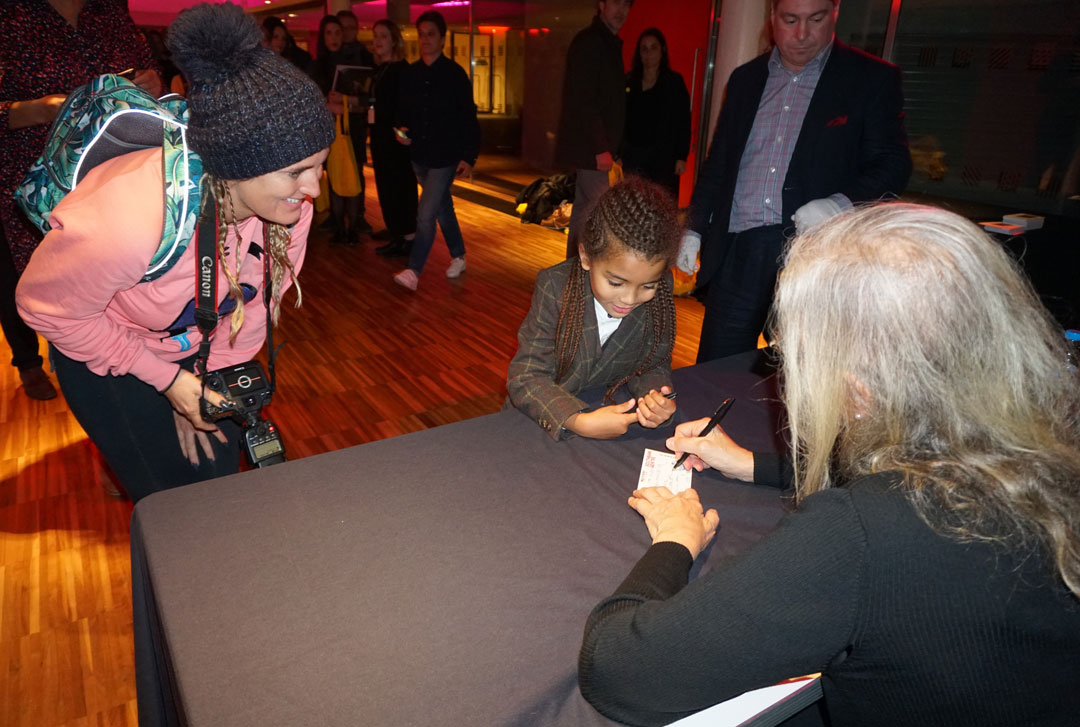 Here's Farouk getting his book signed at The Royal Festival Hall - he was a fun little fellow! - Photo Bonnie Beadle

She talked eloquently about the people, early in her career, who she wanted to photograph but never got to, Elvis Presley and (dancer and cultural ambassador) Martha Graham, saying “I didn’t realise then that people go (die).” She also spoke about how she looked differently upon photographs she’d taken as time went on, singling out the picture of Harvey Weinstein and his mother who, she said, is “probably rolling over in her grave now. I guess I was trying to say even Harvey Weinstein is human, it's not funny," she added as some in the crowd chuckled. 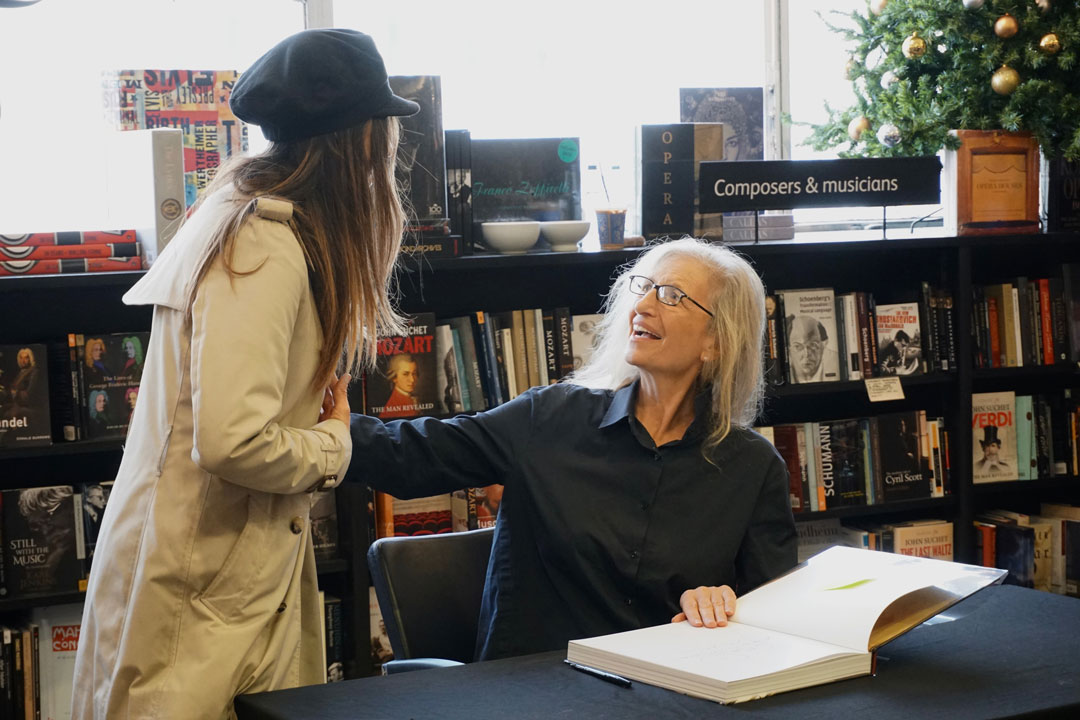 Many of the photographs she talked through are in our new book Annie Leibovitz Portraits: 2005-2016 including Professor Stephen Hawking who she was keen to photograph out of his wheelchair after his helpers told her how beautiful he looked when he slept. “For me the book is way to take a look at what I’ve been doing. I don’t view it as a retrospective. By looking back you learn to go forward.” 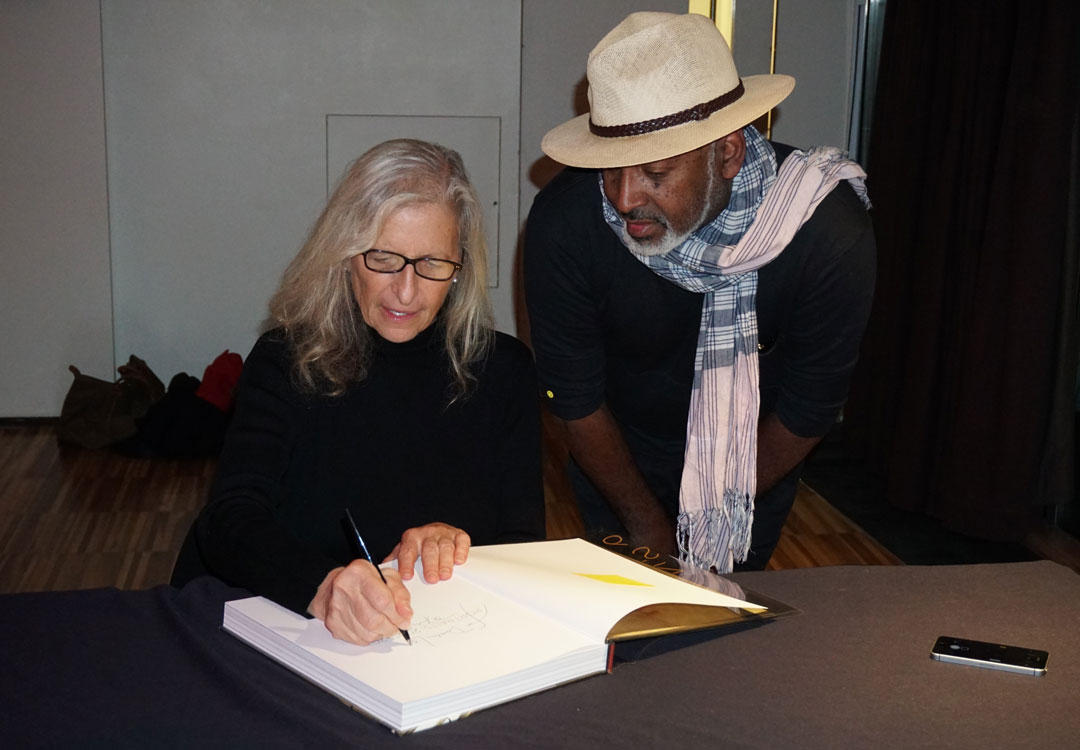 Pausing on one of her many great Patti Smith photos she said that one of the nicest things about her job is seeing people again. She revealed how she'd just photographed Yoko Ono who said to her: "I agreed to this because I haven't seen you for so long!" 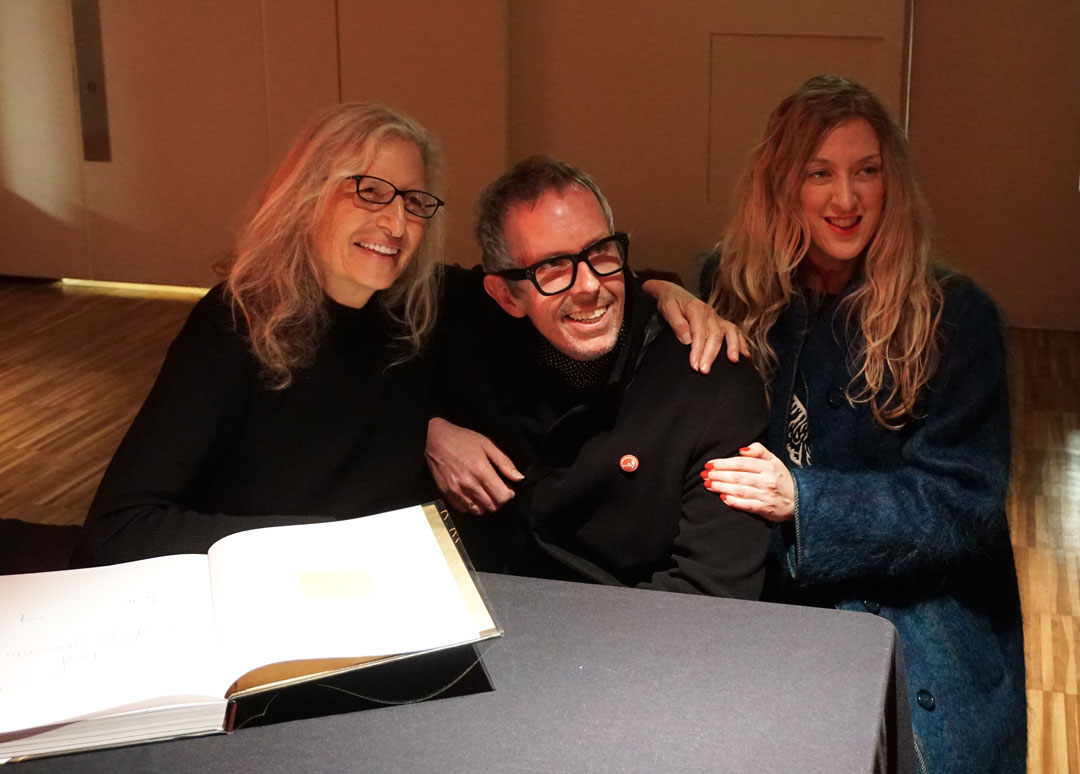 She joked about the Jeff Koons’ shoot in the book and how, before he saw it, the printer was worried about reproducing an image of a naked man but, when he saw the picture, said 'it's OK'. "I guess there was nothing substantial to worry about!" Annie joked. 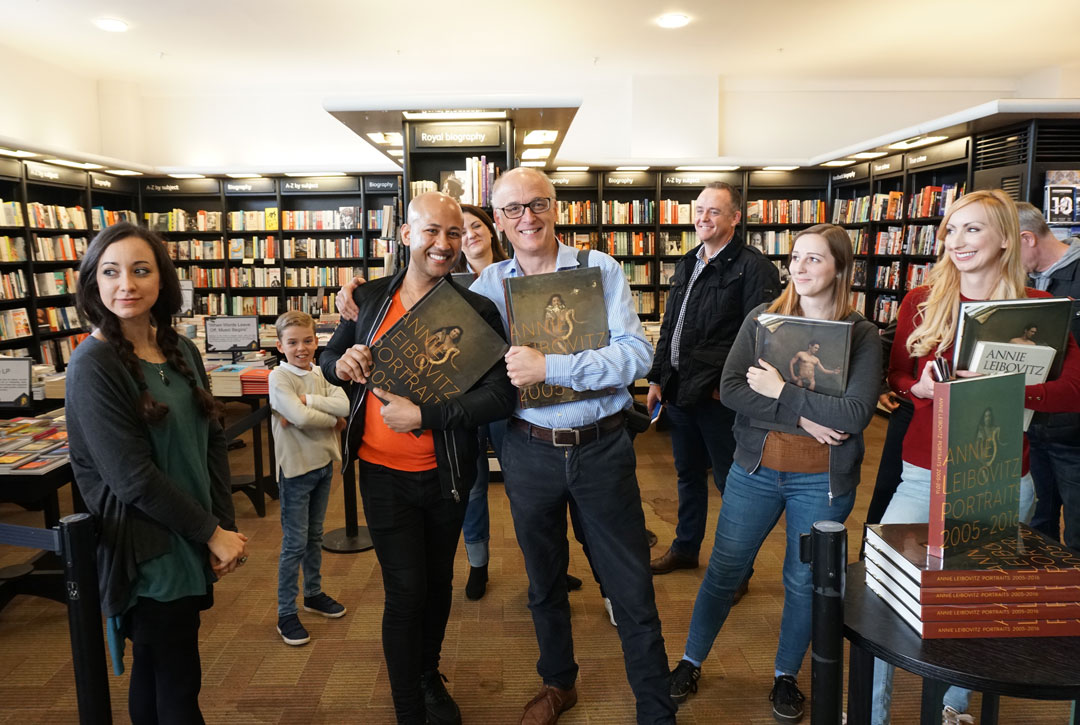 She spoke about the many shoots she’d worked on with Grace Coddington and how “they were all magical but that the last Alexander McQueen one was one that was so poignant." And she told a great story about photographing Virginia Woolfe's writing desk. 'They (The National Trust) left me alone, I cleared everythng off and it was covered in mess and cigarette butt stains. To me that's what art is - it's not pretty." 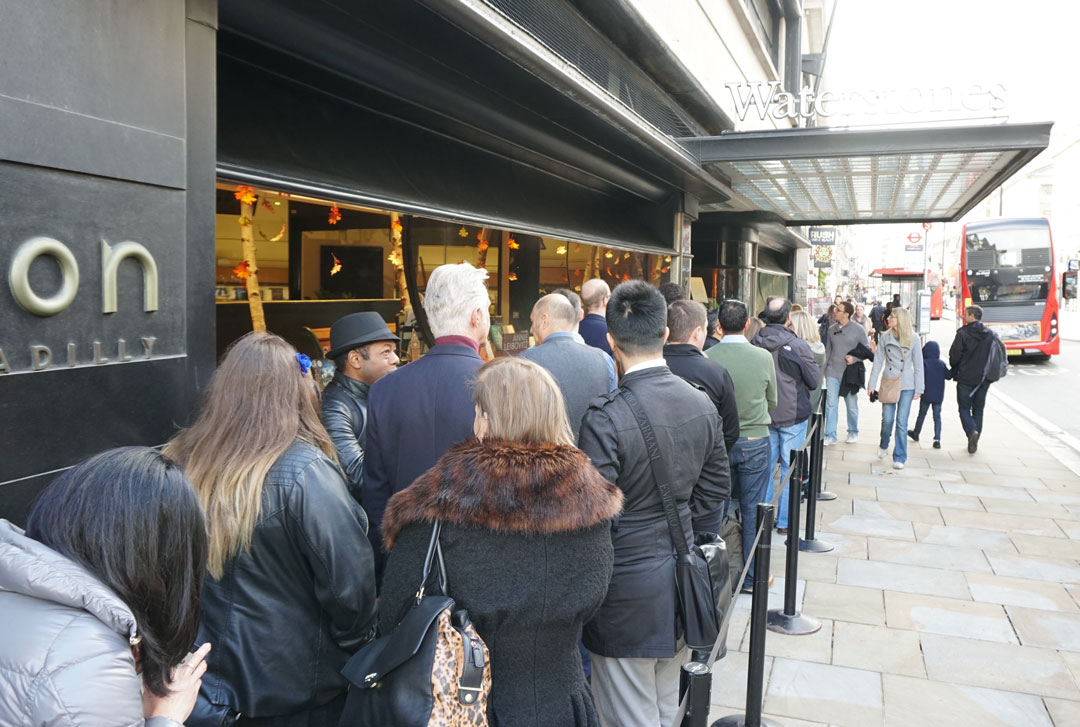 She also spoke about the photos she chose not to make public, including a sad story about Ella Fitzgerald who she shot for an American Express campaign on the balcony of her hotel where she just looked “so alone” she felt she couldn’t publish them.

She also spoke about her favourite artists, David Hockney and Bruce Nauman, how it’s all about process – a photo is never ‘over’, and how looking back at your work (as she does in our book) is so important. It's how you learn to go forward. 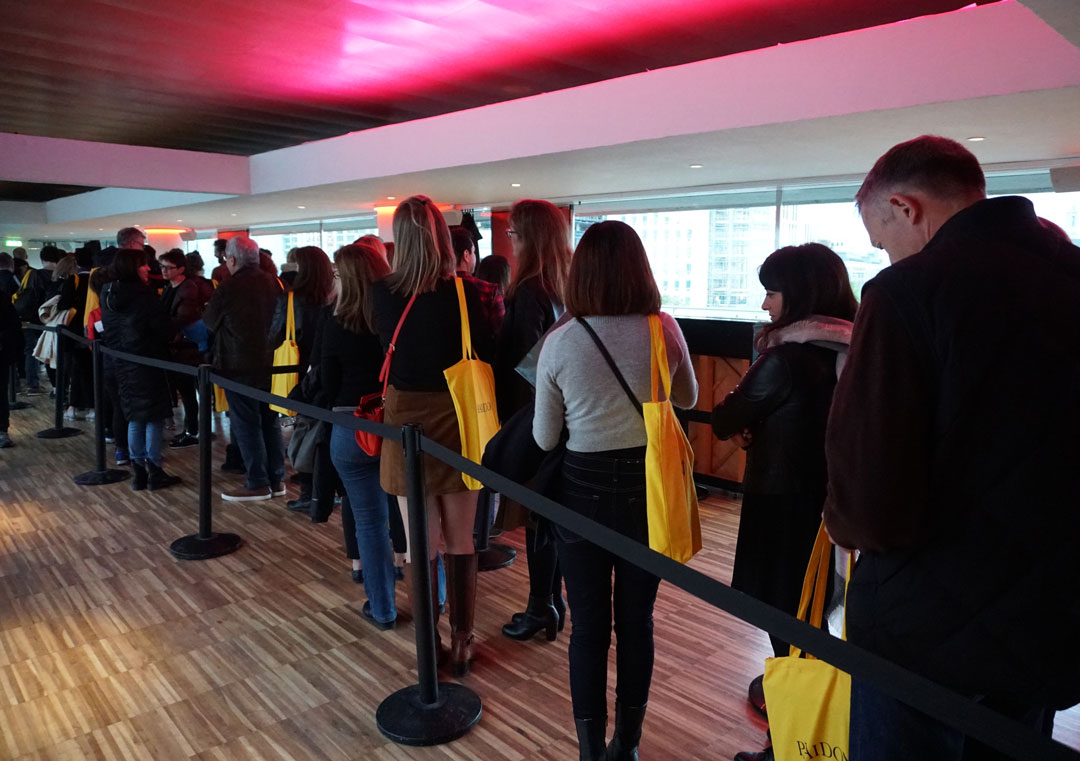 Congratulations if you got a signed book – the queue after the talk was looooong – and thanks to Annie for being so gracious, generous with her time and fun all the way through, offering pearls of wisdom, useful life lessons and motivational advice to the many aspiring photographers who lined up to get their book signed. 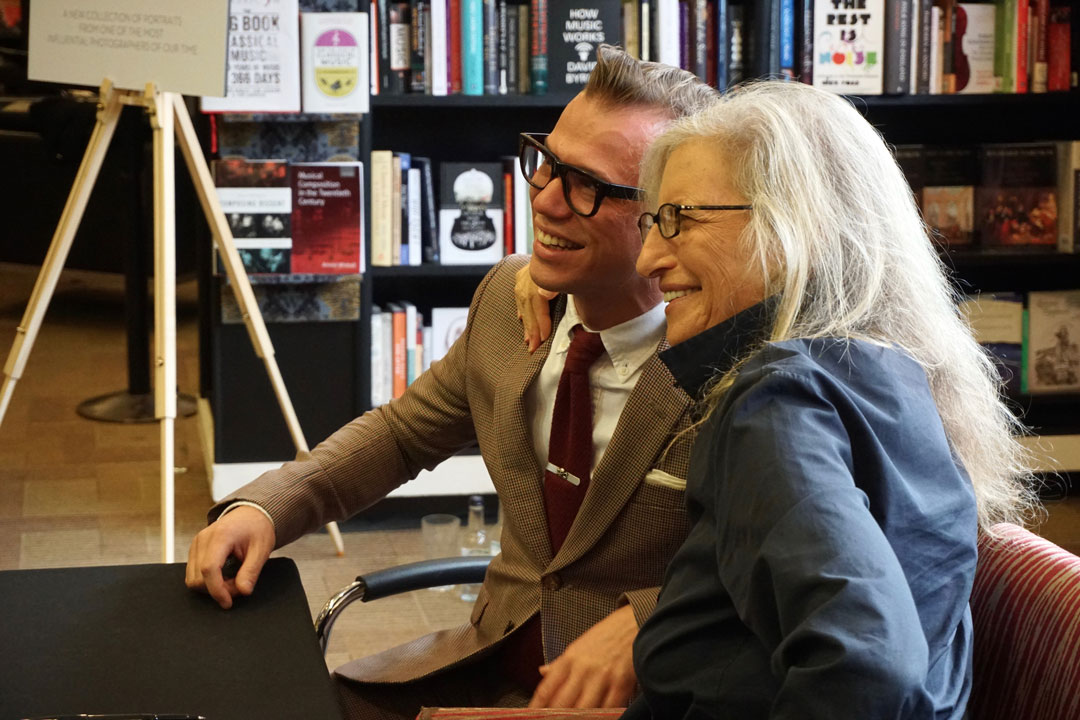 Thanks Annie. To mess with a Michael Jackson lyric: ‘You were more than OK.’ Look out for more photos on phaidon.com and phaidonsnaps as we get them in. And if you're super quick there are still a few signed copies to be had here. And if you're in the UK, don't forget to check out Annie Leibovitz interviewed by Evan Davis on Newsnight tomorrow (Tuesday). 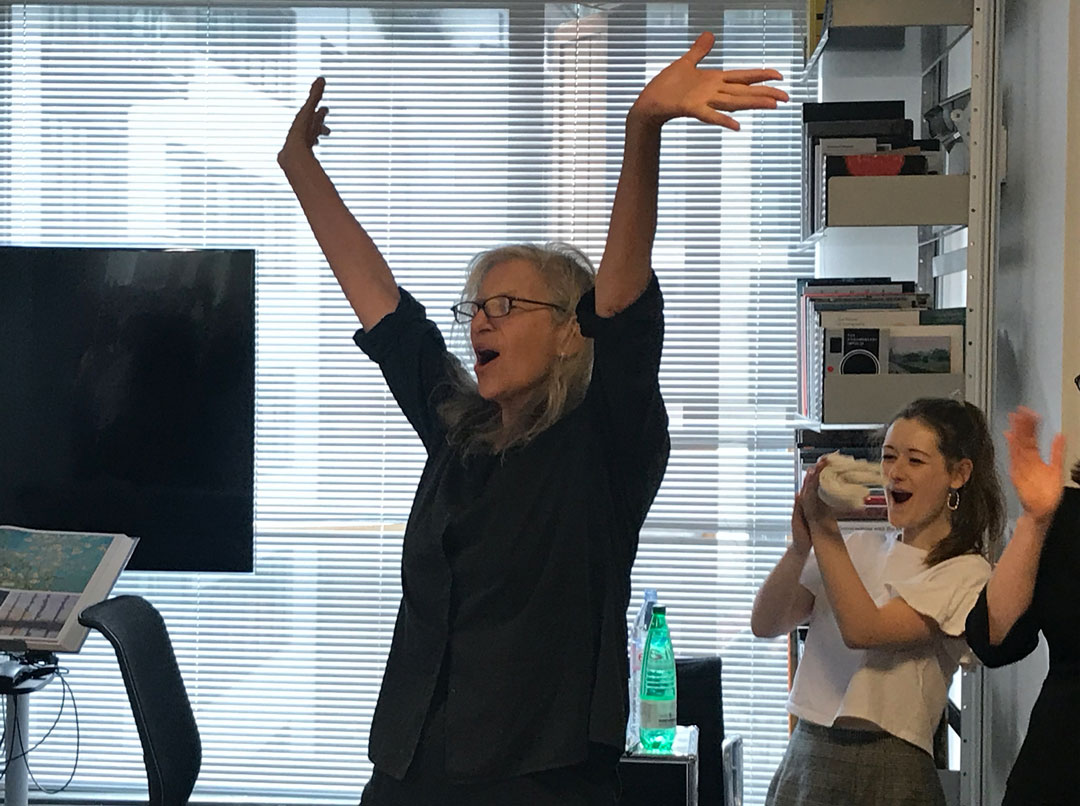 Annie finishes a marathon signing session in the Phaidon boardroom 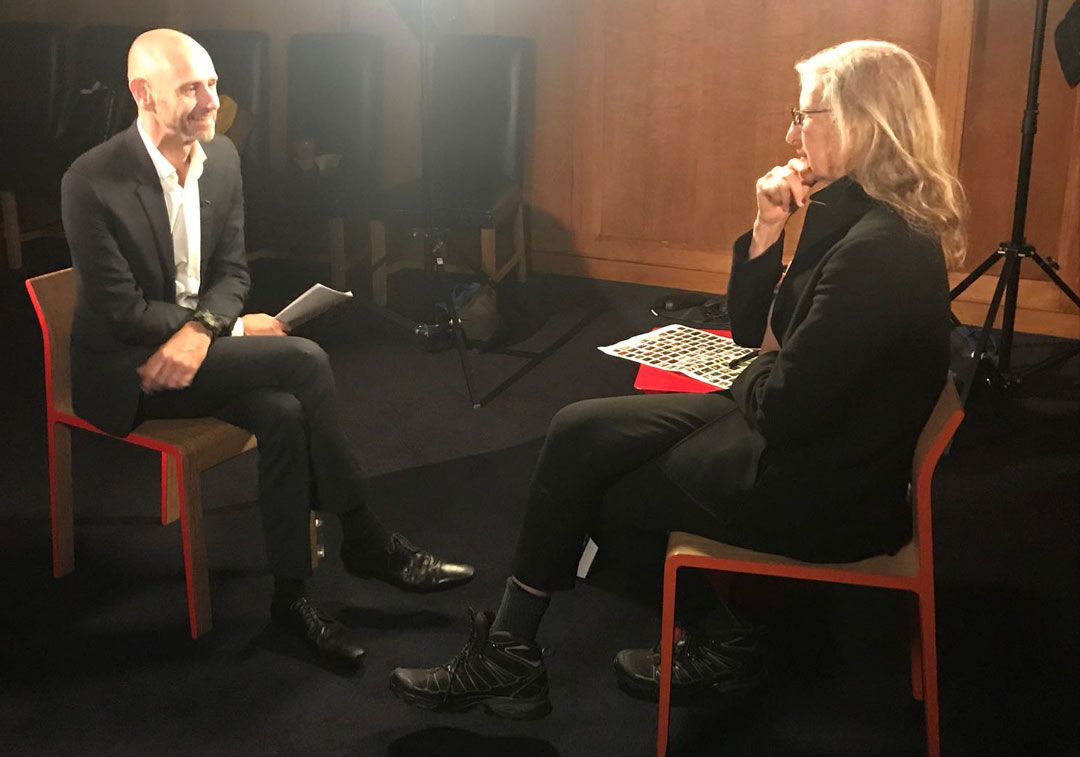