Artists at the roving biennial have expressed themselves quite freely, despite new anti-gay legislation

Pawel Althamer withdrew from Manifesta 10 earlier this year, stating that he could not participate in an event, which would “take place in the shadow of fear.” St Petersburg collective Chto Delat quit in March, saying “Neither curator nor institution are capable of rising to the challenge of a dramatically evolving political situation.” Yet others chose to take part despite Russia’s conflicts in Ukraine and its repressive new anti-gay laws, which prohibit the display of "gay propaganda".

Just how this law would be interpreted at Manifesta, Europe’s roving biennial was unclear. Yet, following its opening at the weekend, it seems careful curation and deft artistic response has allowed the show to display works that engage with gay rights. 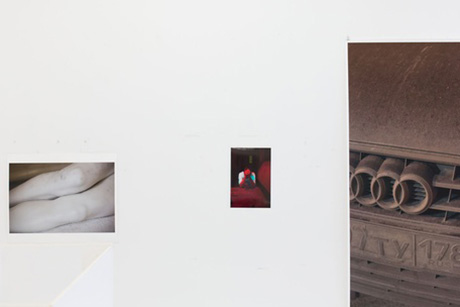 Phaidon photographer Wolfgang Tillmans told the Guardian that his contribution was “probably the gayest show I have done." Spread across two rooms at the State Hermitage, Tillmans’ displays are filled images of discarded clothing as well as a photograph of a metal helmet from the Hermitage collection which some claim resembles a penis.

Marlene Dumas, meanwhile, is showing Great Men, 16 portraits of well-known males who were either known or rumoured to be homosexual. It’s hard to see how these ink and pencil pictures could constitute "gay propaganda", since so many of the individuals portrayed led tragic lives. “When you start to acknowledge the stories of these men it breaks your heart,” Dumas told the New York Times.

Further inclusions among the 55 artworks from both living and dead European artists are somewhat more provocative - suggesting, perhaps, that on this occasion, the state has chosen not to prosecute so high profile an exhibition. There are videos by the late Russian transvestite artist and dissident, Vladislav Mamyshev-Monroe, as well as more straightforward pictures of the protests in Kiev by the Ukrainian photographer, Boris Mikhailov.

Other works, such as Thomas Hirschhorn’s Abschlag, or Deduction, seem to offer a more rounded and less didactic a critique of Europe today. This mock-up of a collapsed apartment building strips away the block’s outer façade, to reveal living rooms displaying 20th century Russian artworks by the likes of Kazimir Malevich – paintings which once expressed a kind of modernist hope. Perhaps, by remaining in Russia, Manifesta has managed to capture more of the spirit of Europe, no matter how moribund. 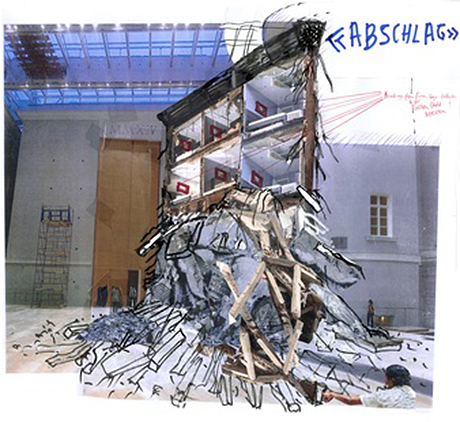 For more on Hirschhorn, consider our monograph; for a richer insight into Wolfgang Tillmans buy our new book;for Bruce Nauman consider this brilliant new title; for Pawel Althamer this is the only monograph; if you're going to St Petersburg, don’t forget your Wallpaper* City Guide, and for a richer insight into how homosexuality has shaped contemporary art, buy Art and Queer Culture.