Look at Christo’s plans for an Italian lake walkway

The Bulgarian artist plans to install a three-kilometre, temporary Floating Pier in time for next year’s Art Basel

If you’re a fan of contemporary land art, then perhaps it is time to start planning your next summer holiday.  From 18 June to 3 July 2016, the Bulgarian-born, New York-based artist Christo will create a new work on Italy’s Lake Iseo. 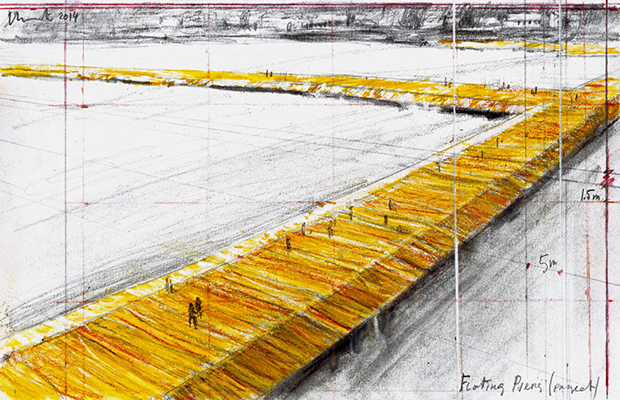 Christo, best known for wrapping Berlin’s Reichstag in a silvery synthetic cloth, which he carried out in collaboration with his late wife Jeanne-Claude, back in 1995, says this new large-scale piece will be installed on one of Italy’s lesser-known lakes, which lies between Milan and Venice. Called The Floating Piers, the three-kilometre walkway will be formed from 200,000 high-density polyethylene cubes, on top of which the artist and his crew will fit 70,000 square metres of “shimmering yellow fabric.”

Jeanne-Claude passed away in 2008, a few years after the couple staged their last large-scale temporary installation, The Gates: a series of 7,503 4.87-metre-high gates hung with saffron-yellow fabric, which were fitted along 37 kilometres of walkways within Central Park for a period of 16 days during February 2005. 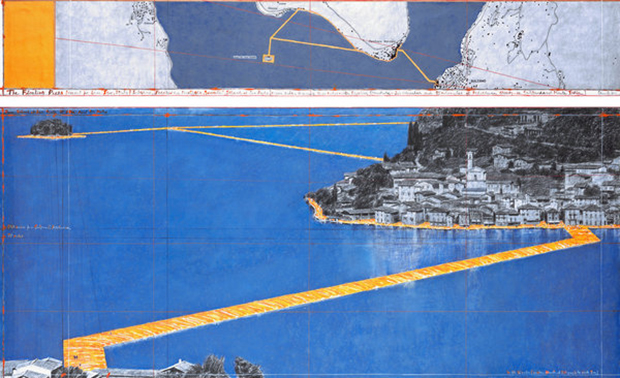 Some thought that Christo’s work would have ended with Jeanne-Claude’s death. Yet this new monumental piece, conceived in 2014, will become Christo’s first large-scale project formulated and realised outside of his wife’s lifetime.

The Floating Piers will stretch from the lakeside town of Sulzano to Iseo’s largest island, Monte Isola, and on to the smaller islet of San Paolo, which will be entirely enclosed by the temporary pier.

However, anyone planning to jet in to see the work, which will open on the same weekend as Art Basel, might want to book a flexible fare. The artist says that the work’s dates are “weather permitting” since The Floating Piers will not be as stable as a permanent structure.

Visitors will “will feel the movement of the water under foot,” Christo told the New York Times, “It will be very sexy, a bit like walking on a water bed.” 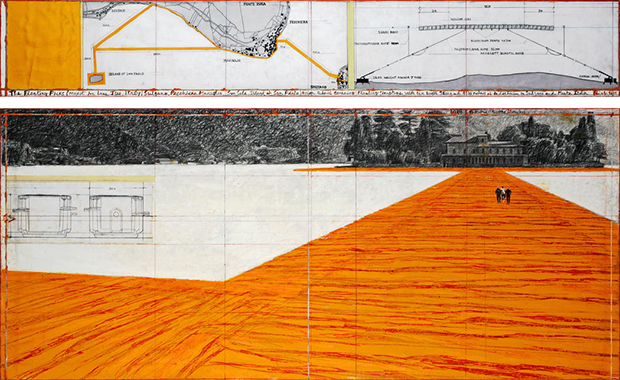 As with all his public works, Christo will be funding these watery walkways via the sale of original artworks. The artist’s first commercial gallery exhibition for nearly half a century opens next month at Manhattan’s Craig Starr Gallery in Manhattan. Collectors will be able to buy early pieces by Christo and Jeane-Claude, including drawings and collages made in preparation for previous installations, as well as smaller, complete works, such as the artists’ Store Front series, the veiled shop-window models the couple created soon after their arrival in New York in 1964.

Alas, The Floating Pier itself will not be up for sale, even once it has been dissembled. As Christo likes to put it, his land works are made “once in a lifetime, then never again." After 3 July, the cubes and fabric will be dismantled and recycled. 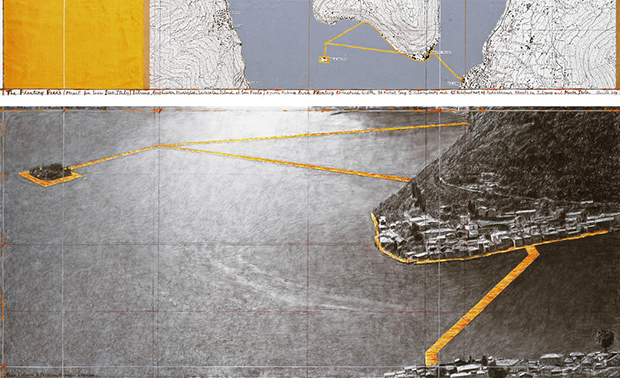 Collage for The Floating Piers by Christo © 2014 Christo

Instead, for a permanent record of Christo and Jeanne-Claude’s place within contemporary art, get a copy of Land and Environmental Art here; and for greater insight into an earlier, similar work, wherein the couple surrounded the islands of Miami’s Biscayne Bay in pink polypropylene back in 1983, get a copy of Art and Place, our brilliant survey of site-specific work in the Americas.