Aspen Art Museum to open with a Shigeru Ban show

Unlike many museums around the world that benefit from central government funding, The Aspen Art Museum, a non-collecting institution in the popular Colorado ski town, is entirely privately funded. So, when in 2010 its board decided it needed a new, larger exhibition space, the institution had to work out ways to raise all $65 million of funding itself. This figure includes the $45 million building project budget as well as $20 million for the Museum’s endowment. To date, $58 million has been raised, including the $20 million for the Museum’s endowment, and $38 million toward the building project. Luckily the tiny Colorado town is one of America's most affluent. What's truly impressive though is the architect it's commissioned to produce the new home. 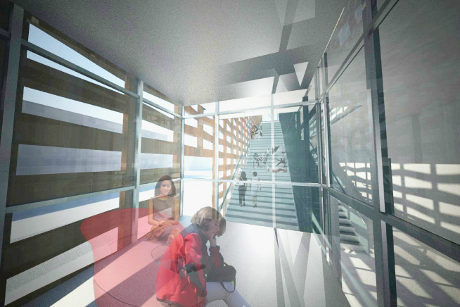 In 2011, the museum announced its new premises, on the corner of Spring Street and Hyman Avenue would be designed by the great Japanese architect, Shigeru Ban – his first US museum commission. Earlier this week, the Aspen Art Museum said it would open its new premises to the public on 9 August 2014, and that, aside from a David Hammons and Yves Klein show, the new space will also show an exhibition dedicated to its creator. Shigeru Ban: Humanitarian Architecture “will present four full-scale examples of Ban’s ground-breaking designs for humanitarian relief, allowing the viewer to walk around as well as enter these structures.” 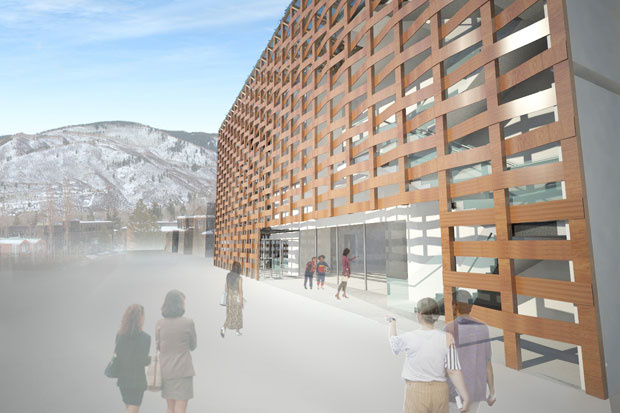 It will be an impressive building: 33,000 square-feet of space spread over four storeys with a sculpture garden on the roof. The grand staircase - an interstitial three-level passageway situated between the building’s woven composite exterior grid and interior structure - is intersected by a glass wall dividing the stairway into a 10-feet-wide exterior space, and a six-foot-wide interior space. The unique passage allows for the natural blending of outdoor and indoor spaces and will feature mobile pedestals where art will be exhibited.

Even without Ban's involvement, a US show sounds timely. He is renowned for his ecologically sound building practices, and his use of recyclable, affordable, natural materials. And, as we explain in our monograph, his star is rising among young, world-class architects. 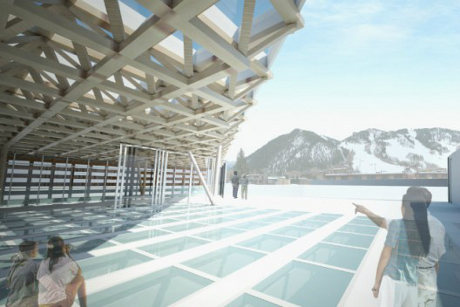 If you're fortunate enough to visit the new museum next summer, do bear in mind Ban's own advice. “I want the experience of visiting the museum to be like the experience of skiing,” he says of his Aspen creation. “You take a lift and you go to the top of the mountain, and first you enjoy the view, and then you come down the slopes. I want visitors to the museum to take the elevator or the stairs to the roof, enjoy the view and the sculpture garden, and then come down to the galleries. Of course, they’re free to do what they want, but that’s my desire.”

For more on this story, visit the museum's site. And to learn more about this brilliant architect, pick up a copy of our book in the online store. If you're interested in the kind of sustainable design Shigeru Ban is spearheading you'll find some more great examples in Vitamin Green.