As creative endeavours go, contemporary art and prime-time television aren't the distant cousins one might think. In 1985, Andy Warhol made a guest appearance on the classic US series The Love Boat, Damien Hirst did Blue Peter, while painter and film-maker David Lynch obviously turned his hand to the small screen in 1990, with his Twin Peaks Series.

It's more Lynch's work that French curator Marc-Olivier Wahler had in mind when putting together LOST (in LA) at the behest of France Los Angeles Exchange (FLAX), a charity dedicated to fostering understanding of French cuilture through events in Southern California. LOST (in LA), currently on at Los Angeles Municipal Art Gallery, is a show of works by artists from France and Los Angeles themed around the 2004 science fiction drama, Lost. 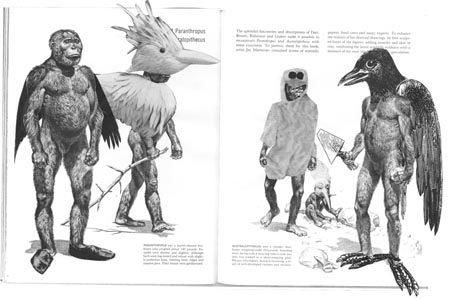 As Wahler explained to Artinfo.com, "It's obvious that "Twin Peaks" was the influential TV series of the '90s. A lot of artists talked about Lost, not as the most influential but [as a show that] both impressed and frustrated them. They were impressed by the multiple layers of time and space and how they were interlaced together, but at the same time they were saying, 'If only we could find the formal link that unites it.'" 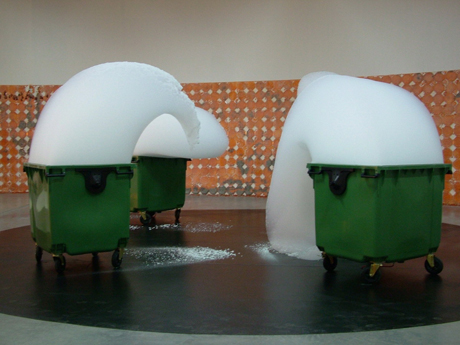 Wahler's artists weren't alone in this regard, yet they have responded to the show's merits (and occasional shortcomings) in an interesting selection of ways. While Wahler admits that a couple of the works, such as Michel Blazy's Fontaine de Mousse (Foam Fountain) (2007) and Alexandre Singh's Assembly Instructions (2012), were made before he began working on the show,  the bulk of the work on offer by the other artists, who include: Vincent Ganivet, Vincent Lamouroux, Nathan Hylden and Dewar & Gicquel was specifically commissioned for the show.

A few of these new pieces, such as the Franco-English duo Dewar & Gicquel's site-specific work, occupying a place between claymation and land art, are a continuation of the themes the artists were exploring before the show.

It certainly seems to be a compelling collection of pieces, with a suitably approachable theme, fit for pop omnivores and recently uprooted couch potatoes alike. Find our more about the exhibition here, read Wahler's Artinfo.com interview here, and, for further erudite explanations, consider our Defining Contemporary Art book, which boils down 25 years of art into 200 pivotal works.