The acclaimed curator and Phaidon author talks us through Melodrama, his new, oppositional two-part exhibition

What if, rather than having to decide whether you liked or disliked a certain work of art, you could leave it to the pieces in an exhibition to express their affection or antipathy for each other? That’s is the intriguing starting point for the Italian-born New York-based curator Francesco Bonami’s new two-part exhibition, Melodrama.

The first ‘act’, at Luxembourg & Dayan’s Savile Row gallery in London until 20 August, is prefaced with a quote from the Oscar nominated actor Stanley Tucci, praising the melodramatic form because it “demands that all the characters involved - as absurd and extreme as they may initially seem - must stay utterly rooted in their own reality, or the whole project collapses.” 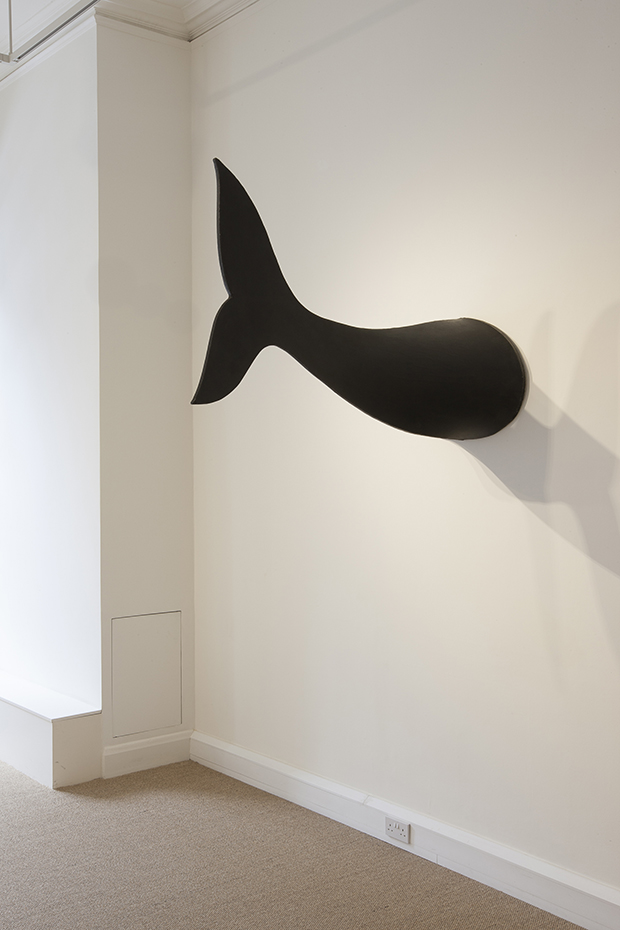 Bear that in mind when you size up the show’s two pairs of works. Pino Pascali's playful Coda di Delfino or Dolphin’s Tail from 1966 curls out of one wall, while on the opposite side of the room Maurizio Cattelan’s taxidermied horse, Untitled, from 2007, appears to have made an equally unsuccessful exit.

Meanwhile, set back from this initial pairing, Peter Fischli and David Weiss’s rubber Heart, made in 1987, stands motionless in its vitrine opposite Ciclo Zuppiera or Tureen Cycle - a series of meticulously executed photographs of a family soup dish taken over a number of years by the reclusive Italian photographer Franco Vimercati. 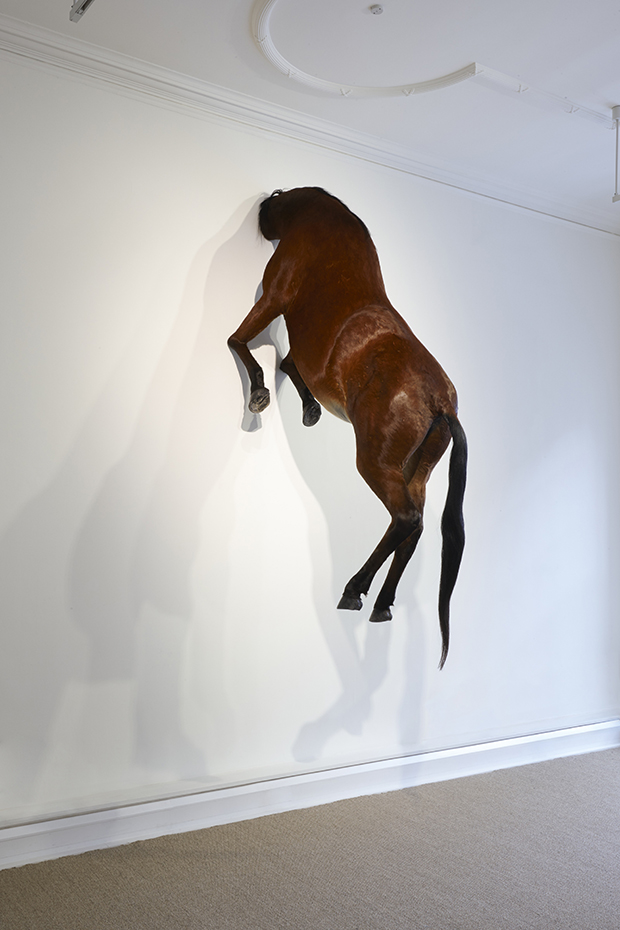 Gallery-goers might not be familiar with Vimercati who Bonami told us is “a very unknown figure.”

“He lived mostly secluded in his Milan apartment,” the curator explained. “The few objects that surrounded him became the characters of his inner comedy. The zuppiera is both melancholic and sensual.”

Nevertheless, the domestic drama of Vimercati’s pictures is at odds with Fischli and Weiss’s lifeless, durable cast-rubber heart. Bonami says the exhibition began with Pascali’s dolphin tail, “and this idea of escaping the space and one's condition,” he says.

Beginning with this, he moved on quite naturally to the Cattelan work, not least because Bonami and the artist are on good terms – the curator contributed to our Cattelan monograph – but also because both works are “absurd, dramatic, cartoonish and violent.”

“I thought about works that could love or hate each other like people. Melodramas happen among a few people, not crowds,” Bonami said. “The dynamic of a melodrama usually is intimate, and about personal stories not history.”

That degree of intimacy remains in Melodrama’s second act, opening at Luxembourg & Dayan’s New York space on 14 July, though the confrontation between the works will, according to the curator, be even stronger. 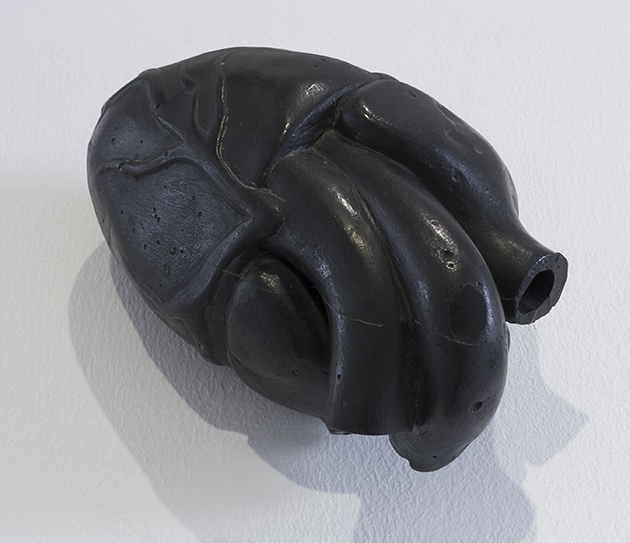 There Vincenzo Gemito’s proud 19th Century bronze bust of the composer Verdi will face off Jeff Koons’s kitsch stainless steel Italian woman, from 1986, while a more recent Urs Fischer piece will “confront Richard Serra's mysterious, obsessive and aggressive character,” via one of the venerable sculptor’s works.

Sounds like quite a dust-up. To learn more about Pascali’s sculptures get our Arte Povera book; for more on Maurizio Cattelan get a copy of our monograph; and for more on Peter Fischli and David Weiss get this monograph.