Oh Ettore, put it away!

What drove Sottsass to create a vase shaped like this, and why has BD reissued a gold version of it?

They often say the Seventies were a different planet. And it seems that Ettore Sottsass, the great Italian designer, had a fun, albeit rocky, time during that era. As our monograph puts it, “In June 1971, Sottsass met Eulàlia Grau, a young artist from Barcelona, who had moved to Milan, and fell in love with her. It was a ‘passionate, difficult, turbulent love’, but Eulàlia was to bcome his companion for the next five years. After a short time in Milan, she returned to Barcelona, and Sottsass would spend four years traveling back-and-forth between Italy and Spain every week. This nomadic lifestyle, far from the studio, meant that he worked very little and almost brought himself to the brink of ruin, but it gave him the chance to decondition himself: ‘I was madly happy, I spent three years of ecstasy,” he later recalled. 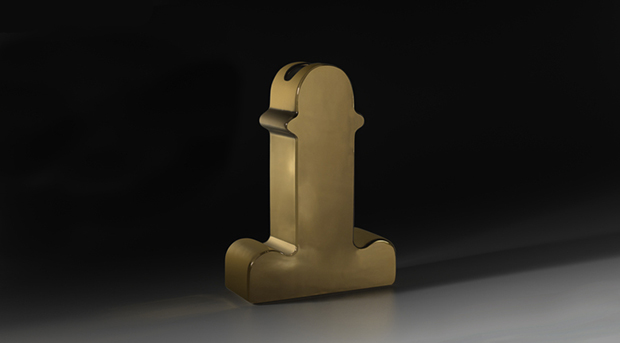 Now BD Barcelona Design have recreated a momento from those ecstatic years, with this limited-edition gold version of Sottsass’s 1973 Shiva vase. The penis-shaped ceramic work is 23 centimetres tall, 18 centimetres wide, and judging by photographs, can accomodate a decent-sized bunch of tulips. It was originally isused in pink, but this gold edition, limited to 50 pieces, was approved by the designer himself, shortly before his death in 2007. 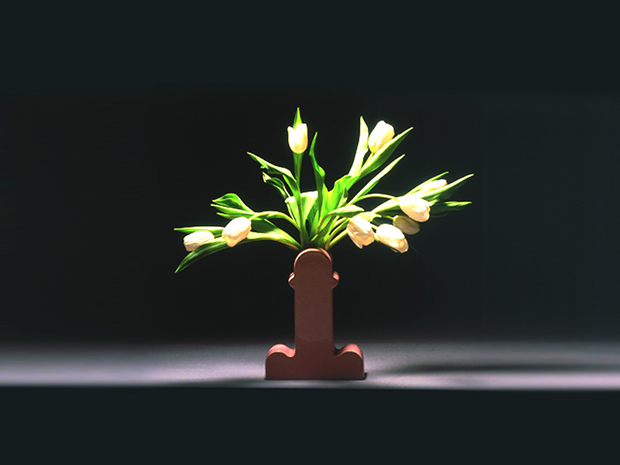 It’s hard not to look at this vase, and think of it as a slightly risqué joke. Yet, Sottsass was heavily influenced by both ancient civilisations and 20th century counterculture, and for him the work had totemic, cosmic connotations.

“I continue to produce small, small, small architectures, such as this ceramic piece,” he said at the time, “little like monuments, a little like tombs, a little like the abandoned temples of the gods, a little like the ruins of the ancient and unknown civilization in which something – they say – was known; it is said that they understood the axes, the curves, the intersections, perhaps even the causation of the courses of the cosmic bodies, along which each day slide the private vertices of the atoms that make up our fragile flesh and blood.”

Remember that “private vertices of the atoms” line if you or your loved one unwraps this at Christmas. For more on the vase go here, and for greater insight into the man how made it, take a look at our Sottsass book here.