The artist has already altered perceptions from Paris to Palestine - isn't it time he weaved his magic on you?

He is one of the most important contemporary artists working today, with exhibitions all across the world. He has collaborated with the likes of Robert De Niro, Art Spiegelman, David Lynch, and Takashi Murakami. 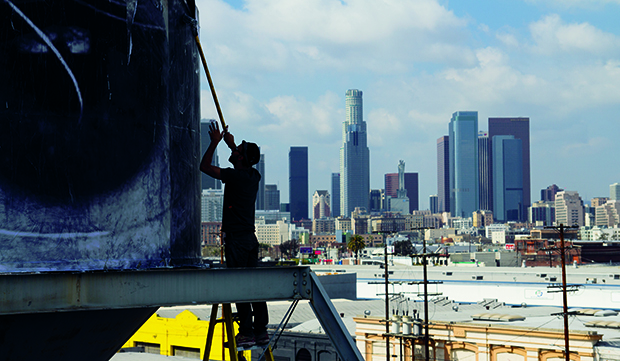 JR at work in Los Angeles. From JR: Can Art Change the World

He has received awards and press accolades from TED and The New York Times. His work is in dialogue with the Realism of Courbet, the Surrealism of Man Ray, the Situationist slogans and posters of May ’68, and the wheat-paste street-art communities active in Europe, the US and elsewhere, as well as contemporary dance, documentary photography and social practice. 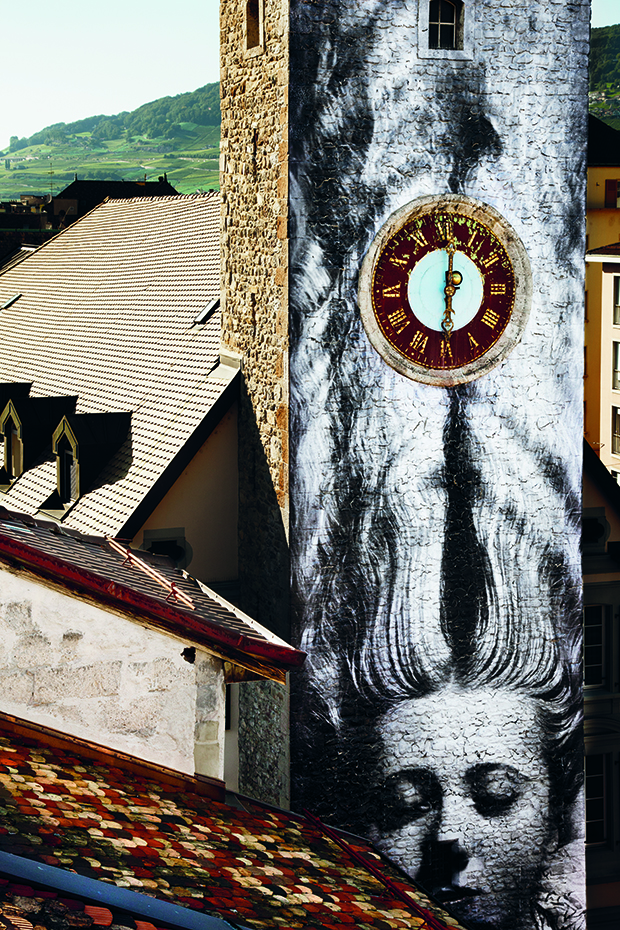 Yet, without the benefit of our new book, you are unlikely to gain more than a glimpse of the French artist JR’s work, which he has posted up across the world, in such diverse locations as Paris and the Kibera slums near Nairobi in Kenya, as well as Ellis Island, New York, Aspen, Colorado, and New Delhi in India.

Having begun as a graffiti tagger on the streets of Paris in the late 1990s, JR has gone on to reach the pinnacle of artistic achievement, winning the TED Prize in 2011, the Gordon Parks Foundation Award just last month, and receiving front-page coverage for his New York Times magazine collaboration in April 2015. 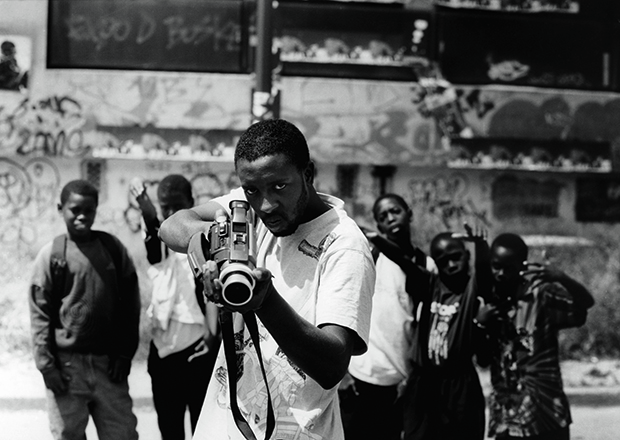 Indeed, French critic Fabrice Bousteau has described JR as the “Cartier-Bresson of the 21st century;” while Shepard Fairey calls him “the most ambitious street artist working today.”

However, neither compliment entirely captures JR’s work, which takes in photography and graffiti, as well as social activism, both on and offline, as well as film and dance. 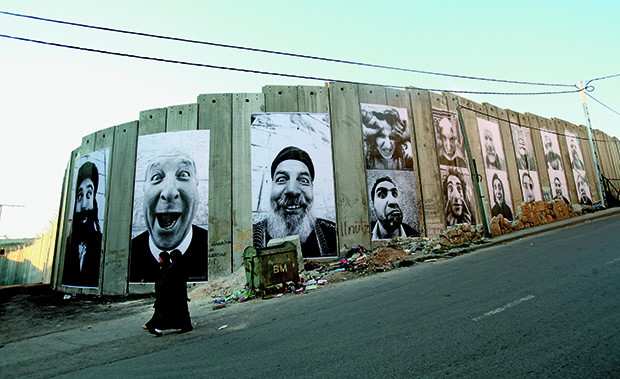 Our new book, entitled JR: Can Art Change the World?, is the first to offer a genuine overview of the artist’s life and work. The 304-page, full-colour, hard-back monograph features early images of the artist’s graffiti, sprayed onto the streets of Paris back in the late 20th century. It describes how, after finding a 35mm film camera at Charles de Gaulle – Étoile station in 2000, the teenage artist began to shoot pictures of his friends and how, in the years that followed, he combined film with his unsanctioned public artworks, pasting up pictures of the citizens of Paris’ suburbs, prior to the city’s riots in 2005. 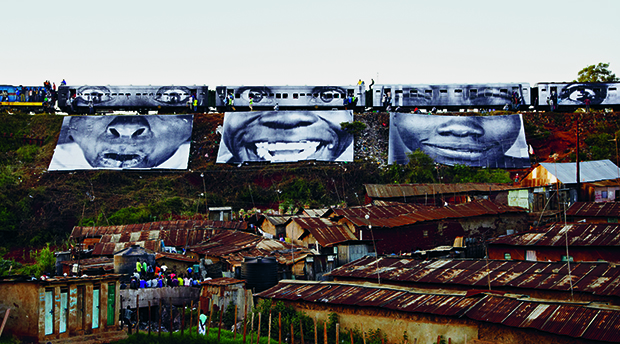 After winning over his native city, JR has taken this potent mix of documentary photography, public artworks and activism to incredibly diverse communities across the globe, from war-ravaged west Africa, to the Indigenous tribes of North America, as well as groups in Palestine, Pakistan and Phnom Penh. 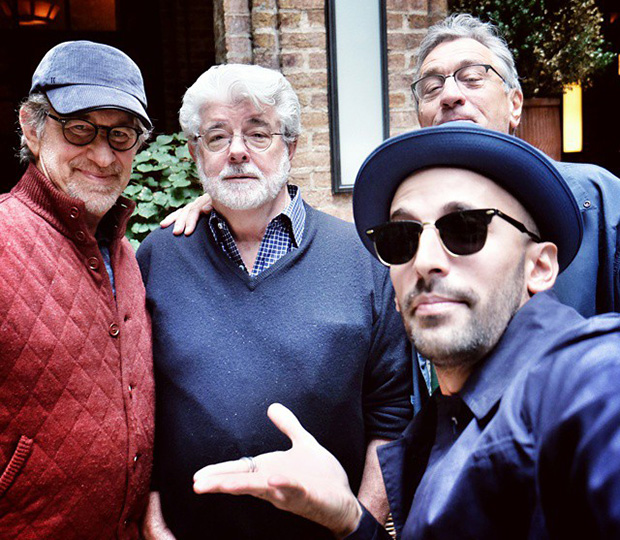 In some instances, his art has addressed specific problems, such as child deaths in drone strikes along the Afghan-Pakistani border. JR’s campaign, Not a Bug Splat, reproduced photographs of the younger inhabitants of the Khyber Pakhtunkhwa region on a massive scale, laying out the images beside the children’s homes, to ensure drone pilots were aware of the young lives at risk below.

Other works have served simpler, more prosaic ends. His Women are Heroes images, installed onto the roofs of slum housing in the Kibera district just outside Niarobi, were printed on vinyl sheeting, effectively waterproofing the homes.

In every case, JR has broadened the conventional remit of fine art, attempting to bring about positive social change with his work, whether it is via a guest commission from the New York City Ballet, a speaking engagement at the Aspen Ideas Festival, or in the pages of this book. 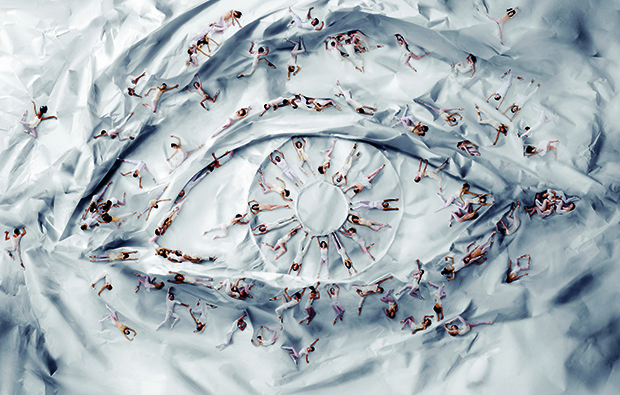 The artist has worked closely with the design and editorial team at Phaidon to produce this comprehensive overview. The book sits well alongside our august photography titles, such as Magnum Stories, René Burri Photographs and Questions Without Answers; the social aspect of JR’s work is similar in some senses to Theaster Gates’ and Thomas Hirschhorn’s work; the artist’s oeuvre echoes developments chronicled in Visual Impact and Wild Art; yet it also reaches back to the French 19th century Realism; and looks forward to movements and campaigns best captured in social media. 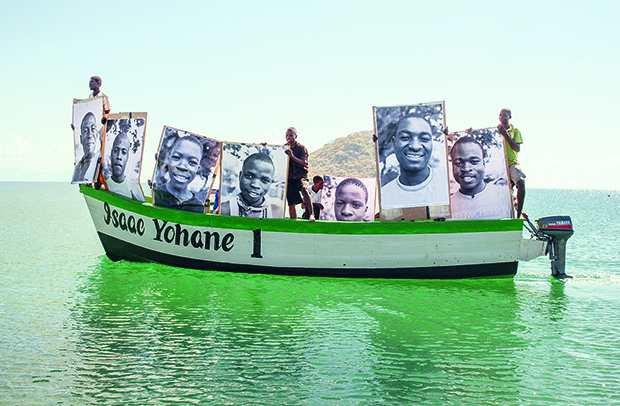 Fisherman, Mangochi, Malawi, 2013. From JR: Can Art Change the World

All this can be assayed in a satisfying beautifully printed volume. JR: Can Art Change The World? features a biographical comic by Joseph Remnant, an essay by the writer and curator Nato Thompson, as well as a time line, a full bibliography and an exquisitely printed edge, reproducing one of JR’s famous eye portraits. Casual readers will gain a thorough understanding of one of the world’s most dynamic creative individuals; more engaged owners might find that the book positively fulfills the question posed in the title. 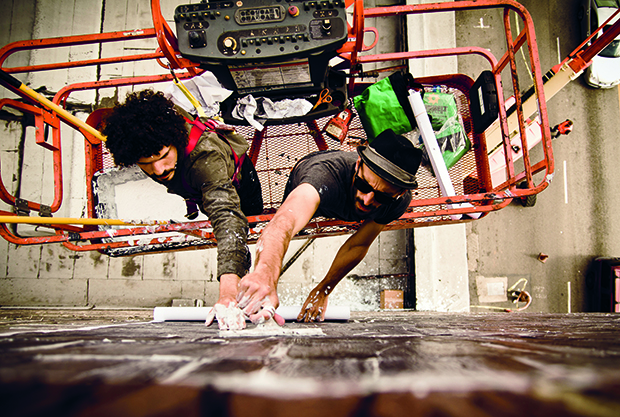 Action in Los Angeles, USA, 2012. From JR: Can Art Change the World

Preorder JR: Can Art Change The World? here, and check back soon for more news on this great title, including a new video interview with JR himself.