The more basic stuff gets, the more marvellous Damián Ortega's art becomes and it doesn't come much more basic than a tool made by a chimp. Skye Sherwin takes a look at as his great new Freud Museum show, Apestraction

Mexican artist Damián Ortega is well known for a practice that ranges from sculptures, installations, videos, photographs and actions inspired by a wide range of mundane objects, from golf balls and pick-axes to bricks, rubbish bins and even tortillas - all of which are subjected to his characteristically “mischievous process of transformation and dysfunction”.

Recently the artist was invited to visit the Gashaka region in Nigeria: one of the last remaining wildernesses in West Africa, where the rarest subspecies of chimpanzees survives and where the Gashaka Primate Project has its base. The idea was that by taking an artist to the wilderness, bridges and boundaries between Art and Science would be instinctively created.

In Ortega's work, the more basic stuff gets, the more marvellous it becomes. Famously, Cosmic Thing, his breakthrough piece of 2002, involved using a car manual to dismantle a VW Beetle the parts of which were then hung from the ceiling. Undertaking a residency with researchers deep in the Nigerian jungle to observe chimpanzees meant Ortega would be exploring origins of an even more fundamental kind. 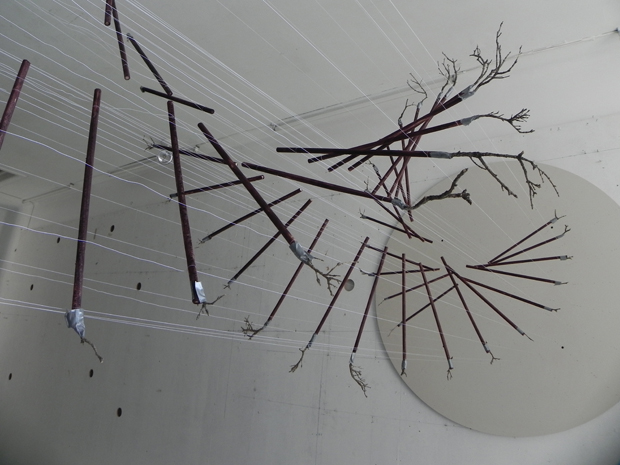 So it’s easy to see why curator Luiza Teixeira de Freitas and Dr Volker Sommer the UCL scientist who directs the Gashaka Primate Project, invited him to work with their collection of the humble tools fashioned by chimpanzees. These can be deceptively simple looking things - short twigs with bushy ends like a paintbrush, perfect for dipping in honey; or long graceful arcs of wood snapped from a tree and used for safely collecting delicious biting ants.

The resulting exhibition Apestraction, at The Freud Museum in London from June 6 to September 1, mines the common ground between man and chimp, exploring evolution through the body, tools and language. “When you only work in one discipline it can get a bit closed down and insider,” the artist tells Phaidon. “The idea was art and science could come together in a more playful way to open up the perspective.” 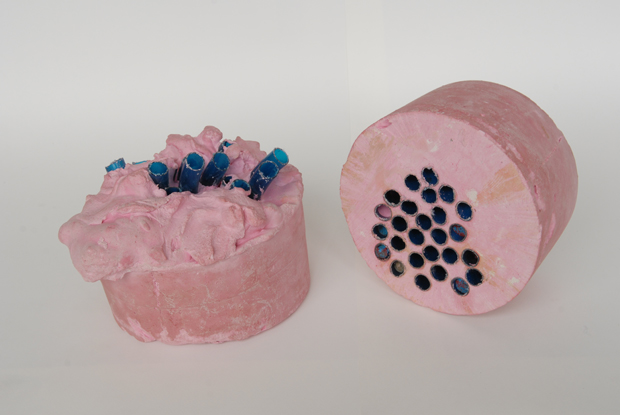 The show's centrepiece is one of his well-known suspended sculptures. The chimp tools hang in a spiral resembling the double helix of DNA, conjuring notions of the missing link. “It’s incredible how close chimpanzees are to humans. Their DNA is 98 per cent equal. Even culturally it’s all very similar,” says Teixeira de Freitas.

In other works Ortega addresses the transition from body language to speech – something unique to humans, as UCL researcher Gonçalo Jesus explains: “Chimpanzees don’t have the vocal chords that allow us to speak. In the jungle, there is gestural communication and body language, but we’re bystanders trying to make sense of what’s going on.” 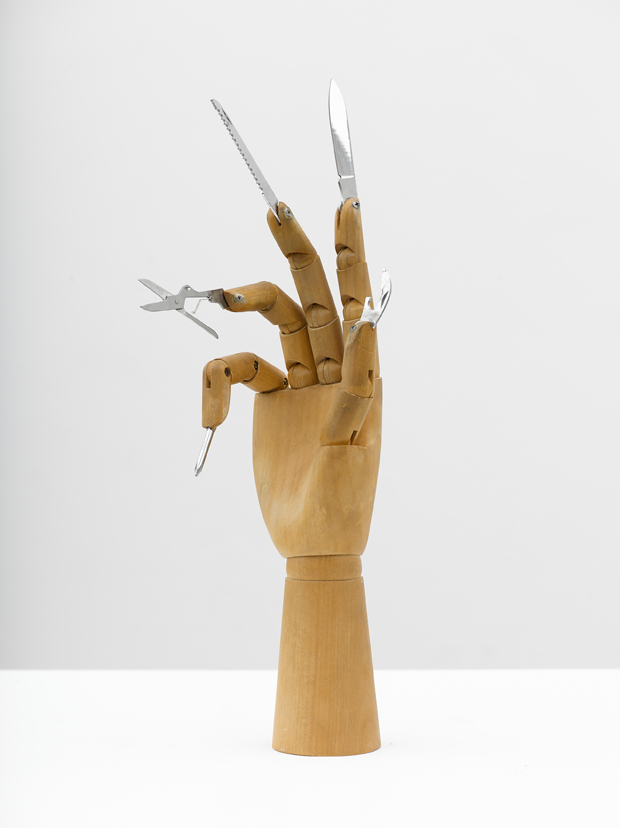 It's a fascinating show in which Ortega delicately conjures a relationship between tools, thought and written words. Strangely bent shovels bought in a market in Nigeria suggest digging hands and straining arms, and become signs in themselves like letters of the alphabet. A jigsaw of interlocking ovals in the colours of worn pebbles makes a brain-like rounded composition. The mind as a mass of hidden, mysterious parts is evoked again and again, from a glass box filled with tangled wires to the little metallic footballers Ortega has set in reverse positions on either side of a magnifying glass.

You can find out more about the show at the museum website and if it piques your interest in Mexican and Latin American art (Ortega was a student of Gabriel Orozco) you should check out a couple of our very good books on the subject: Art of Colonial Latin America and Latin American Art in the 20th Century.