How the artist, born this day in 1836, turned European sensibilities on 19th Century American subjects

Anyone visiting the National Gallery of Art in Washington right now, will be in no doubt as to the beauty and charm of nineteenth century American life. Until May 3 the gallery is showing American Masterworks from the Corcoran, a selection of 29 mainly realist US canvasses dating from 1815-1940. Walk past the landscapes and street scenes, and you’re left with the impression that this young country held material just as fitting an artist's subject as those captured by the Old World masters in France, Italy and Belgium.

It was a belief the American painter Winslow Homer – who was born this day (February 24) in 1836 certainly adhered to, despite the fashions of his day. As author Randall C Griffin explains in our Winslow Homer monograph, An American Vision, during the later nineteenth century “art buyers in cities from Philadelphia to Boston favoured the work of European artists, and they also preferred Old World subjects, which were thought to be more picturesque and thus superior to native ones.” 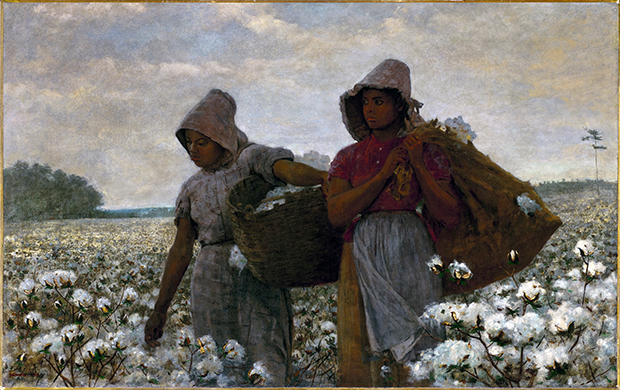 Realism, a style of painting popularised in France following the 1848 Revolution, was in vogue on both sides of the Atlantic. It insisted on an earthy sense of honesty when depicting one’s time and place, as exemplified in the earthy portrayals of everyday life by such painters as Gustave Courbet, Jean-Francois Millet and Honoré Daumier.

Yet, ironically, only European realism was deemed authentic in the salons of New York, as Griffin notes in our Homer monograph. “As one critic angrily noted, 'although American collectors say give us American subjects, they prefer second-rate Venetian watercolours and white-capped Brittany peasants.’”

Homer, who began life as a commercial illustrator, harboured higher ambitions, and in December 1866, in keeping with the prejudices of the time, he sailed from Boston to France, to study in Paris. 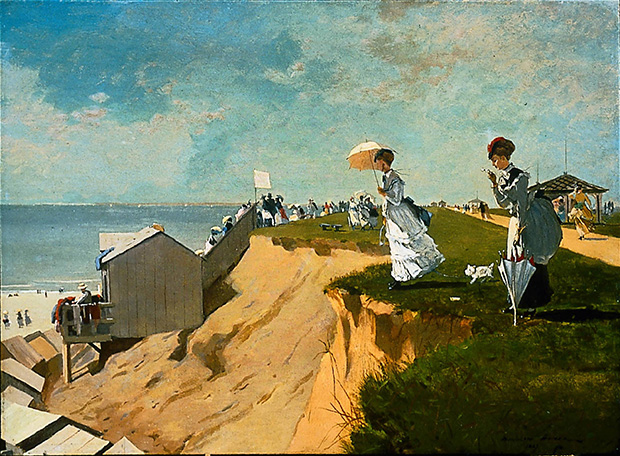 While in Europe, he took in the works of Courbet and Daumier and, for a while, even painted works in the style of Millet. Yet, he never abandoned America. On returning home a year later, Homer had learnt to employ a freer application of paint and a brighter palette. More importantly, he had also begun to depict ordinary folk climbers, hikers and tourists, subjects unknown in American art.

Breezing Up (A Fair Wind), one of his best-known paintings, was partly inspired by a popular print of North American fishermen. Yet Homer’s ebullient treatment of his subject, and the simple affection he pours into this modest scene of kids out fishing, would go on to open up opportunities for later American realist painters, such as George Bellows and Edward Hopper and the Ashcan School of New York City, broad American popularists like Norman Rockwell, and later, more earnest portraitists such as Alice Neel.

To find out more about the National Gallery of Art’s exhibition, go here. For a greater understanding of this artist, buy a copy of our landmark monograph here.