JR takes to the high seas!

Some of the strengths in the French artist, activist and photographer JR’s work lie in the way he connects and humanises disparate communities, from Hollywood’s elite, to the less fortunate slum dwellers across the world.

Back in 2008 he visited the Morro da Providencia favela in Rio de Janeiro, to stage a new iteration of his Women Are Heroes project. This series of public installations pay tribute to the life-affirming role local women play in downtrodden communities, by pasting massive photos of their eyes and faces onto the sides of buildings. 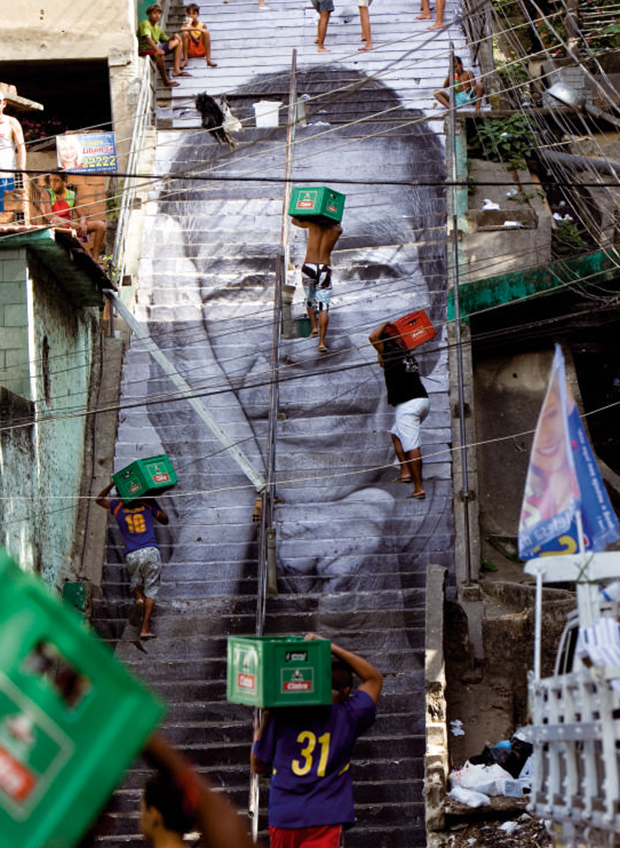 However, the pictures don’t just remain trapped within those communities. Many are shared on social media, and quite a few are reproduced in our JR book. Now, over a decade after it was taken, one of those Brazilian portraits will grace the sails of the yachtsman Yoann Richomme and entrepreneur Pierre Lacaze’s yacht (photographed here by Benoit Stichelbaut), when they take part in the Transat Jacques Vabre race from Le Havre to Salvador de Bahia.

“This sailing boat will participate in a race that will cross the Atlantic Ocean from France to Brazil next November, along the historical coffee-trade route,” explains JR via his Instagram. “In my project Women Are Heroes I had made the promise to the women I met that I would make their stories travel - this is the eye from a woman who participated in the project. The boat is named "Vivo a beira", (which can be translated by "living on the edge"), from a line by the famous Brazilian writer Clarice Lispector. It intends to raise awareness on a foundation helping the kids of Rio favelas.”

Look out for it in the mid-Atlantic this autumn, and for more on JR’s life, art and outlook get JR: Can Art Change the World?