Not all listeners will enjoy Pussy Riot's acerbic, political rock. Yet its a hardened aesthete who could stifle an anti-establishment buzz at the sight of one florescent balaclava-wearing member- known only as Grelka- knocking the tap off a state-owned oil pipeline. This act begins their latest video, Like a Red Prison, which was posted on Youtube last week, and which comes after nearly a year of apparent inactivity from the feminist collective.

The video has already been viewed around 120,000 times on Youtube, shows scenes – according to an accompanying blog post - of the group performing on top of an oil facility owned and run by the state oil firm, Rosneft and splashing oil onto a revolving portrait of Rosneft head Igor Sechin. 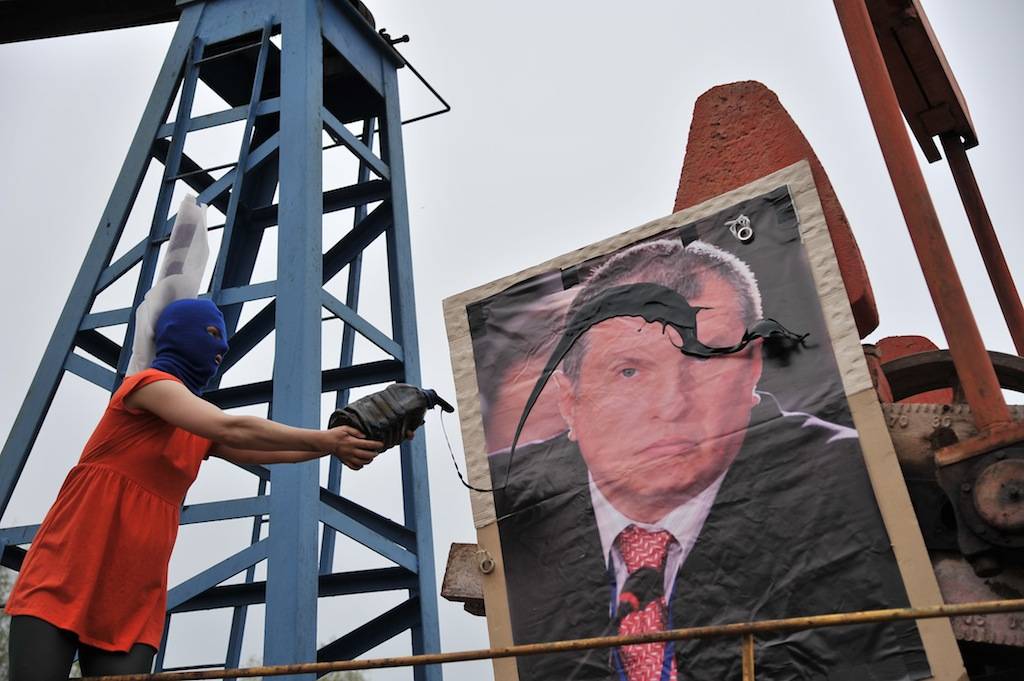 The accompanying song, Like a Red Prison, criticises the state's role in the energy sector, comparing Vladimir Putin to an Iranian ayatollah, and citing an early film role of the newly confirmed Russian citizen, Gérard Depardieu, wherein the actor cuts off his own penis. OK, it's hardly Bakunin, but with two of their members still in jail, any display of political resistance remains a risky venture for the group. 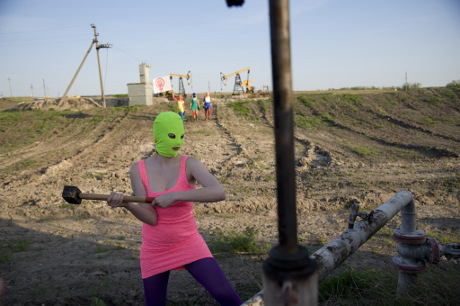 To find out more about this latest work, go here. For more on gender politics in contemporary art, please consider our book, Art and Feminism. For greater insight into the state's role in image making, take a look at Iron Fists. Though before you do any of that, join Phaidon Club, where you'll be awarded with points for purchasing Phaidon books and gain access to an increasing number of exclusive offers, partnerships and exciting events. 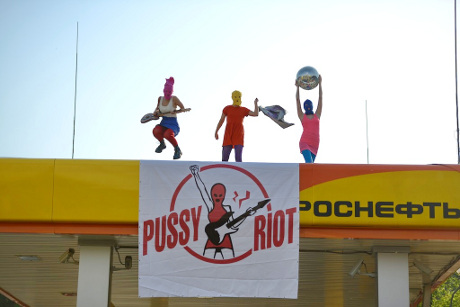