Rose Wylie - Why I Paint

It is a historical fact that what originally prompted many modern artists to paint in a naive, elementary way was mostly a conflictual relationship with the concept of representation – an urge to challenge the status quo by making things that wouldn’t meet the accepted standards of what was considered aesthetically valid or valuable. Rose Wylie’s paintings are childlike, direct, simple and uncommonly appealing, but they come from observation rather than confrontation.

A twenty-year long hiatus from art to raise her children in what is normally considered a pivotal moment in a career – something the most career-driven spirits might find difficult to understand – enabled her to enjoy her family and reprise painting with a more mature understanding of the medium and without any pressure.

The television and newspaper characters that permeate her paintings do not provide social commentary – they are there because of their intrinsic worth in the eyes of the artist or for their visual quality. The difference between what is reality and what is painted as real is at the core of Wylie’s work, and it manifests itself through a rejection of mannerism and a heavy reliance on spontaneity. Here, the Vitamin P3-featured painter tells us what interests, inspires and spurs her on. 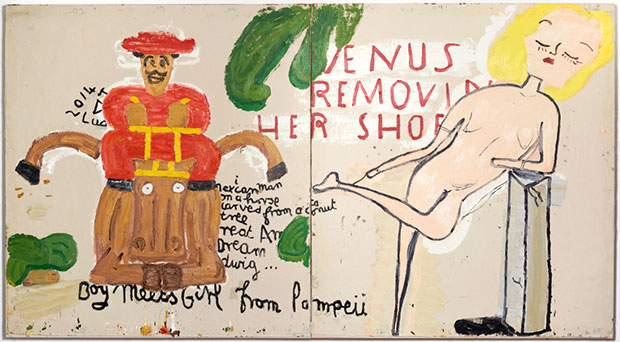 Who are you? I am Rose Wylie, an English painter.

What’s on your mind right now? A lot of stuff, but very much it's jangling with choice, there's something to settle. It's about a face in a painting which is blank at the moment, but should it have features? Features are good, but what sort? What size? What colour and where exactly to put them? Could go so wrong. A blank (face) is good too and answers the impulse to 'leave it alone', which is, from experience, good as well. The jangle goes on.

How do you get this stuff out? There are no same ways to get stuff out. The main trouble of it all is before you can get it out. Then there's the new bother, do you like what you've done? One answer for this particular set-up, if keeping the blank (face), is to do a few, or a string of, separate faces on new small bits of canvas, and then have the huge excitement of 'trying them on'. But then the next decision of which one. Sisyphus has nothing on this. Or stick them all down on the painting. Any placing can help, whatever that means. Anyway, not sure how the artist survives. Or you can just bring in something spontaneous, lovely, out of control, and leave it, but often the next day things don't look too much OK. 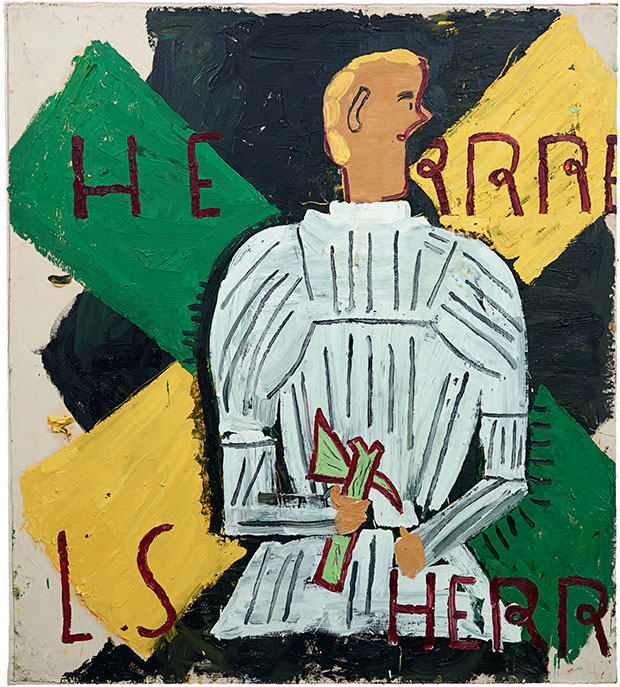 How does it fit together? This is anyone's guess. 'The picture paints itself' - easy when it's finished, not so easy when you're doing it.

What brought you to this point?  Not sure. Or what the point could be. Probably several points. And deadlines can be useful here.

Can you control it?  If control is what you leave, and how you leave it, then yes. But this is all precarious, and ideas of chance are something to bring in as well. But don't you still like it or control it by choice': and anyway what governs choice? 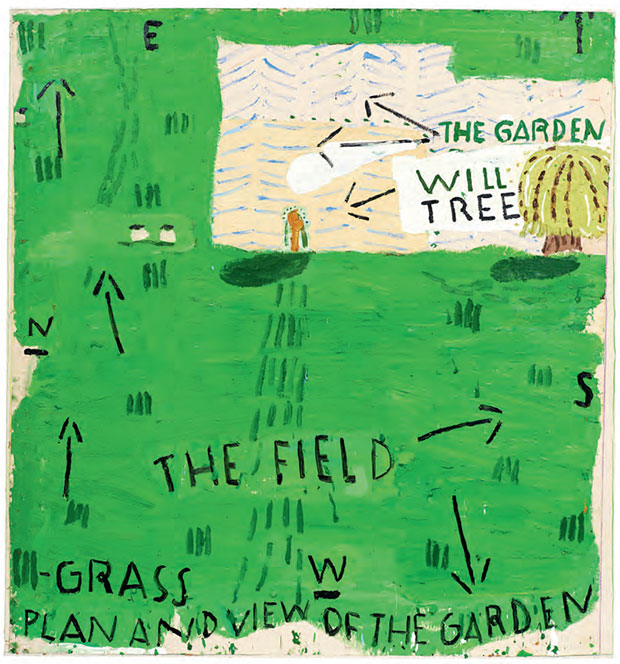 Have you ever destroyed one of your paintings?  No, because i don't like waste, and I use a lot of paint. I'd scrape around, paint on it and over it till it's OK for me to leave. 'Redeeming' something seems a way of working and you need that.

Find out more about Vitamin P3 New Perspectives In Painting here. Check back for another Why I Paint interview with a Vitamin P3-featured artist soon. Finally, be sure to check out more of Rose's work at David Zwirner and Union Gallery and Choi&Lager Gallery.