Louisa Gagliardi - Why I Paint

Specializing in a decidedly sensuous form of contemporary Surrealism, Louisa Gagliardi  creates cinematically atmospheric, large-scale artworks – sometimes paintings, sometimes blown-up prints - that seem to show the world through the eyes of a voyeur. Her process, taking subjects from life and then transliterating them through a series of digitally aided moves, gives her work a synthetic, screen-like feel that underscores its noir punch, a style that lends itself to the fashion and design commissions she pursues alongside her art.

Her large, close-up portraits of friends and acquaintances are taken from photographs (or sometimes pulled from her social-media network). In works such as Pierre & Charles or Charlotte (both pictured below), the canvases fit in easily with what we might call ‘Post-Internet portraiture’: the face as seen from the glow of the screen as we swipe, ‘like’ and enlarge. Here, the Vitamin P3-featured painter tells us what interests, inspires and spurs her on. 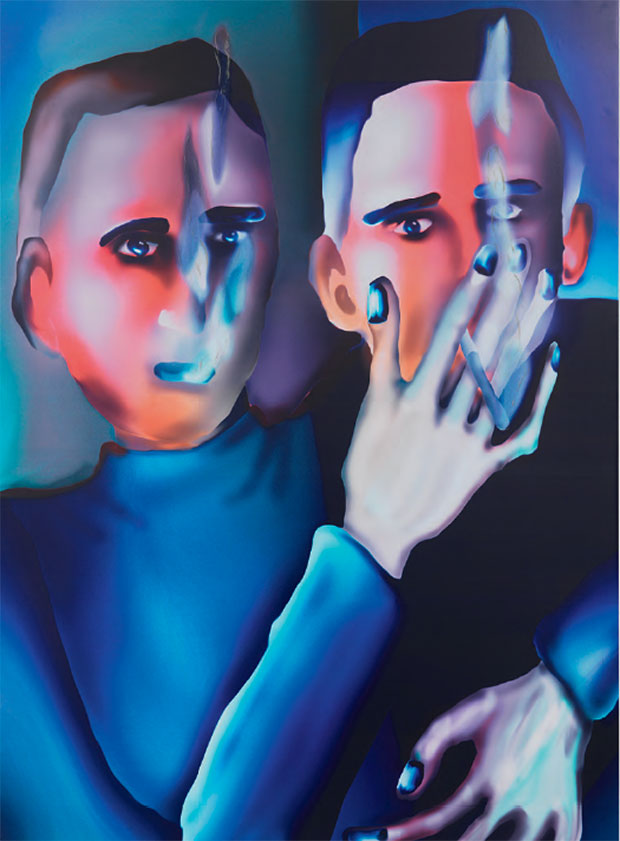 Who are you? I am Louisa Gagliardi. I was born 27 years ago in a small and beautiful town in Switzerland called Sion where skiing and hiking was pretty much mandatory. As a child I dreamed of being a fashion designer, I would repaint different ads I found in my mom's Vogue. I think porno chic was still very much a thing at the time, I remember that Tom Ford was at Gucci and Terry Richardson was shooting Sisley's ads. Later I got super into skateboarding, for about 2 or 3 years. One summer, while on vacation in the south of France, I created a small skateboard magazine, all neatly handmade, with some naive but cute attempts to do Graffiti. That's probably when I got the idea to become a graphic designer.

I went to ECAL in Lausanne to do just that, graduated and went on to work two years in different great offices. I loved it but having a boss and being tied to a schedule was not ideal. I have always been an image-maker, and wanted to put it out there somehow, so I created a newspaper edition called The New Stand and luckily I received the Swiss Design Award for it, which allowed me to quit my job and become independent. That was in 2014. For a year I made a lot of illustrations for different magazines and brands, and started to paint portraits, which brought this big turn, or next step, in my career. 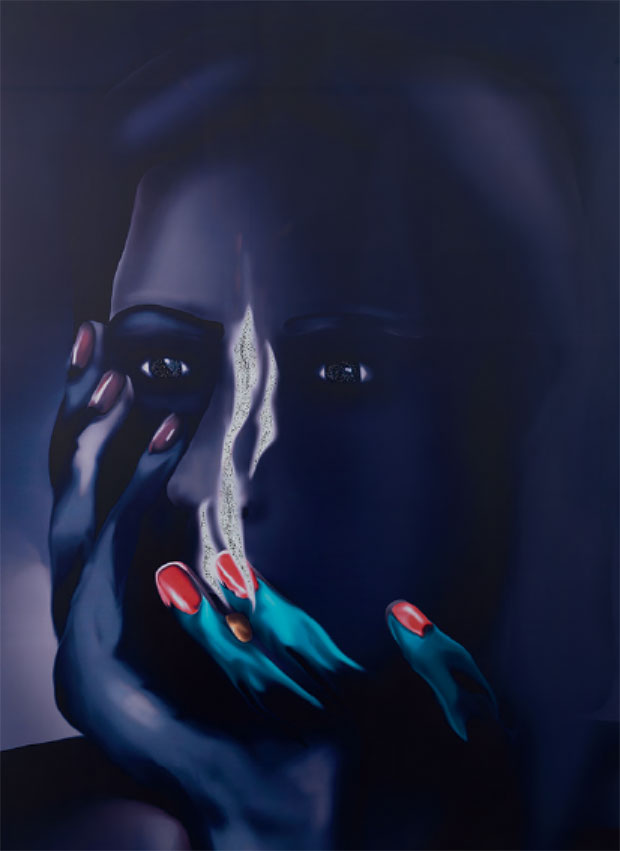 What’s on your mind right now? As I’m leaving for a two months residency in LA next month, California is very much on my mind.

How do you get this stuff out? I write everything down, sketch a lot, (they are more doodles than elaborate sketches), just ideas here and there. I do lists, put things in my calendar, tell people to remind me about this or that. I don't think I would really forget, but it reassures me. And it is always fun (and sometimes cringeworthy) to look at my sketchbooks later on.

How does it fit together? As I still do some graphic design I imagine that it keeps me balanced in my work. Maybe it is my too down-to-earth mind that is tricking me into saying that, and really I should live the painter's fantasy and let myself totally go into painting. But really, I would miss it too much. 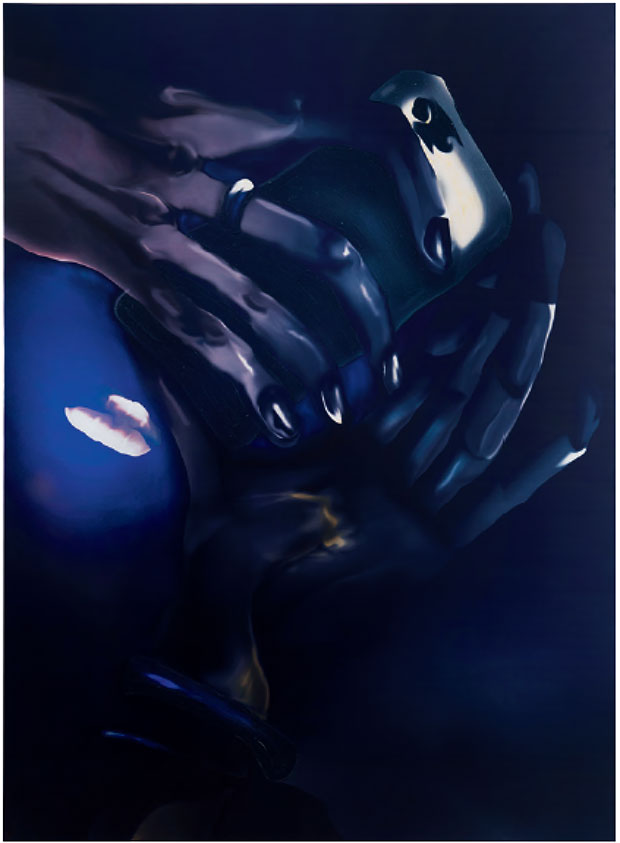 What brought you to this point?  I think my lengthy answer to who I am answers this. But I will add that I was very lucky to have a mom and godmother who took me to a lot of museums. My godmother is an art historian who specializes in religious painting. She would tell me stories about the paintings, explain to me the symbols, hand positions, looks and clothes. It was mesmerizing and is still to this day a big influence in my paintings.

Can you control it? I wish I could let it be a little more out of control. I have the need to plan everything, be always on time, prepare for every situation. I am not very rock’n'roll in that way.

Have you ever destroyed one of your paintings?  I guess I have destroyed some of my paintings by overdoing them. Luckily, as they are mostly digital, I've learned to save every major step in order to be able to go back in time. So a painting like « Marcel" started at <Marcel.psd> to finish at <Marcel_27_blue_less_red_4_final_final_3.psd> But the real answer is yes I have trashed some of my paintings, mostly because I knew they were going nowhere, I was wasting time and mostly because the image angered me to the point that even if I could make it work, I would hate it because of the painful process. Which, in retrospect, is always a mistake. 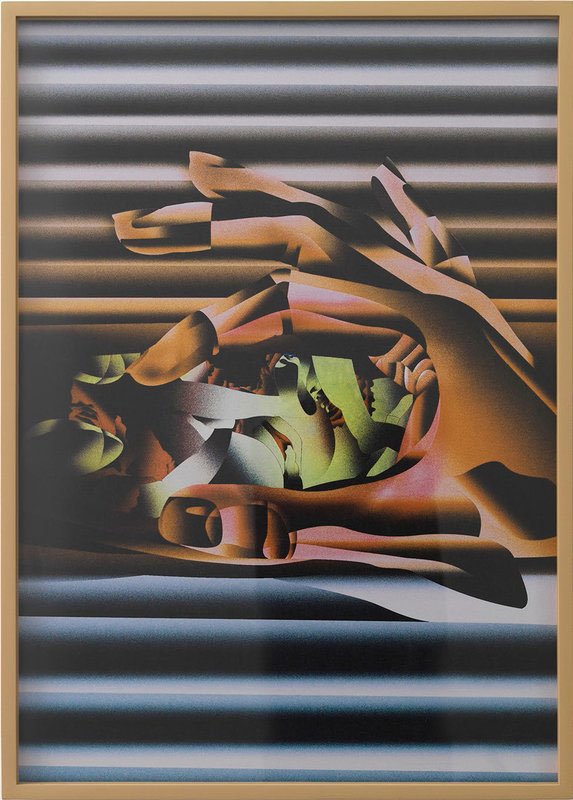 Find out more about Vitamin P3 New Perspectives In Painting here. Check back for another Why I Paint interview with a Vitamin P3-featured artist tomorrow.

And check out these FIVE great works by Louisa Gagliardi on Artspace now. And if you're quick, you can snap up works by many of the other painters featured in Vitamin P3 at Artspace - the best place to buy the world's best contemporary art. And be sure to check out more of Louisa's work at louisagagliardi.com 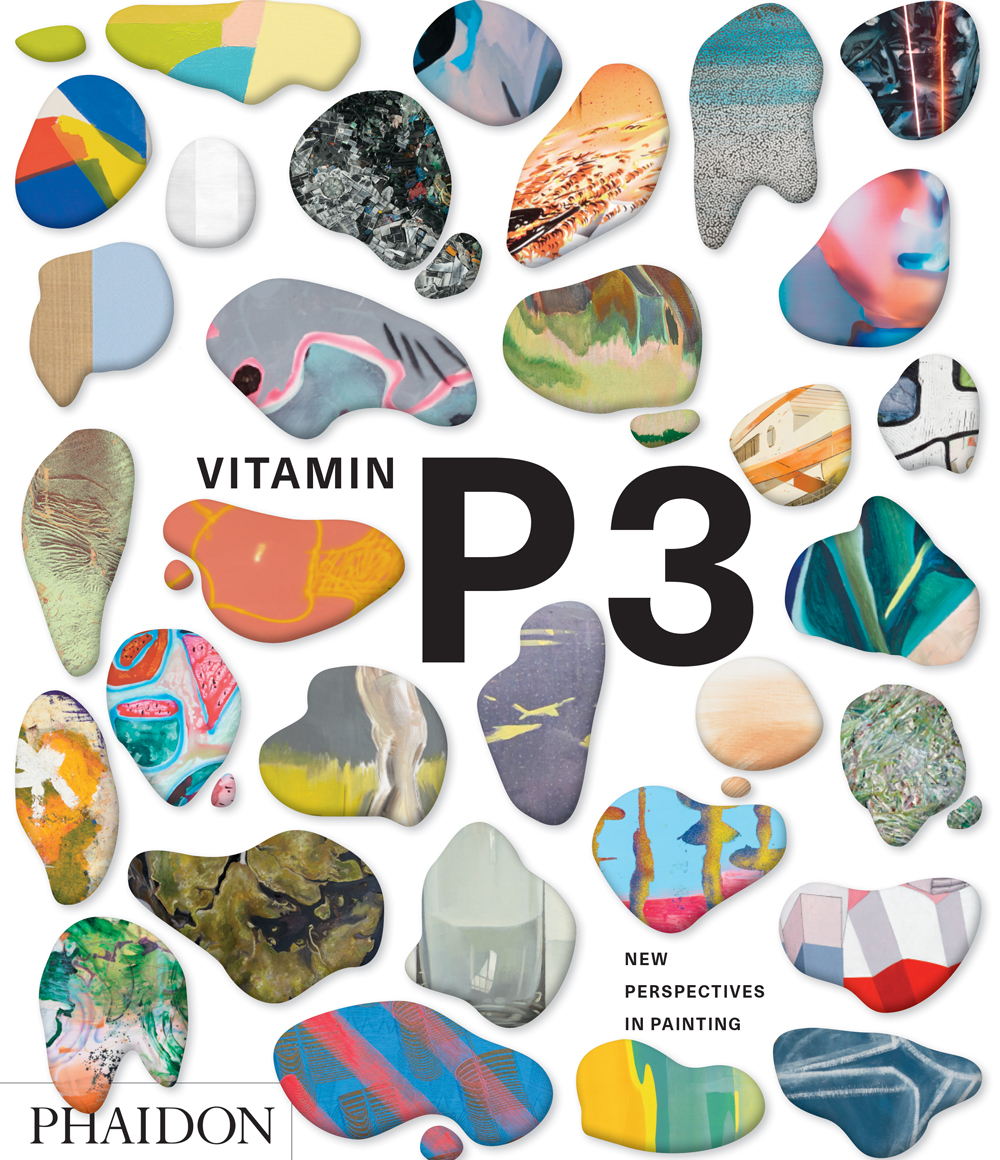