Karin Kneffel is a former student of Gerhard Richter. Her paintings look real, yet contain many untruths

In 2009, the German painter Karin Kneffel presented an exhibition at the Kunstmuseen in Krefeld, Germany. It was housed in a pair of modernist villas, Haus Lange and Haus Esters, constructed as homes by Ludwig Mies van der Rohe between 1928 and 1930 and converted into a gallery in the 1960s. Kneffel was intrigued by the buildings and began to paint them. Once a student of Gerhard Richter's, Kneffel's style is a fairly exacting style of realism.

However, Kneffel's depictions in a new series of paintings – currently on show at The Gagosian Madison Avenue - are perhaps less factually reliable than her previous style would have you believe. She switches van der Rohe's interior décor around, adding lamps and chairs designed by the architect, as well as more fusty furnishings perhaps put in place by the building's original occupants; colours are altered; interiors are viewed through misted windows or water droplets. 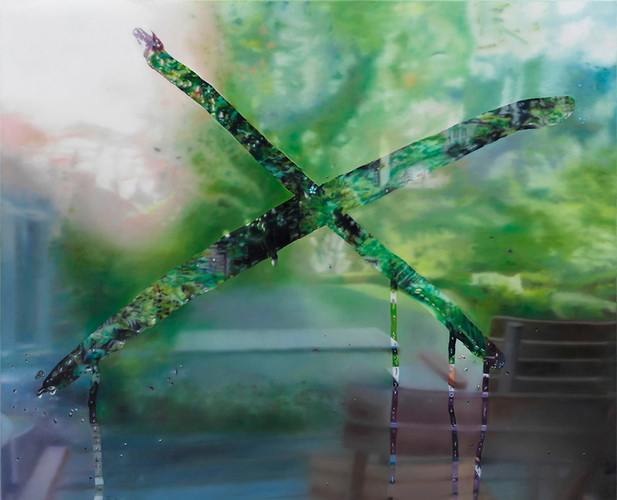 In these mannered pictorial spaces, Kneffel’s superb painting technique moves between materialisation and dematerialisation. On a quadruple—grounded canvas, she applies up to four layers of oil paint with the finest brush.  Like veils, each covers the entire surface. 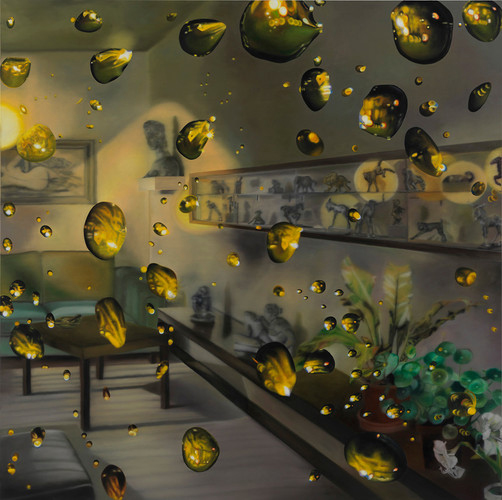