Elizabeth McIntosh - Why I Paint

Using repetition of basic forms and pure saturated colour, Elizabeth McIntosh has been exploring abstraction for over twenty years. Moving beyond the conventions established by modernist abstract painting, she is seemingly unconcerned with trying to ‘resolve’ the image. Instead, she provides an open-ended response to traditional hard-edged abstraction. Teetering between finished and unfinished, figurative and abstract, raw and refined, there is something tangible about McIntosh’s paintings despite the fact that shapes linger without resolution.

For McIntosh, painting is a deliberately undefined journey. She works in a spirit of play where aesthetic development is not contingent on beginnings or ends, but is continually renewing itself. The decisions she makes are formed through an instinctive process that varies from painting to painting. McIntosh often begins by priming the canvas with either white base coat or occasionally black gesso, progressively filling the surface with coloured shapes until it is enveloped in pigment. From this starting point, she goes on to apply numerous subsequent layers and over-painted forms. Here, the Vitamin P3-featured painter tells us what interests, inspires and spurs her on. 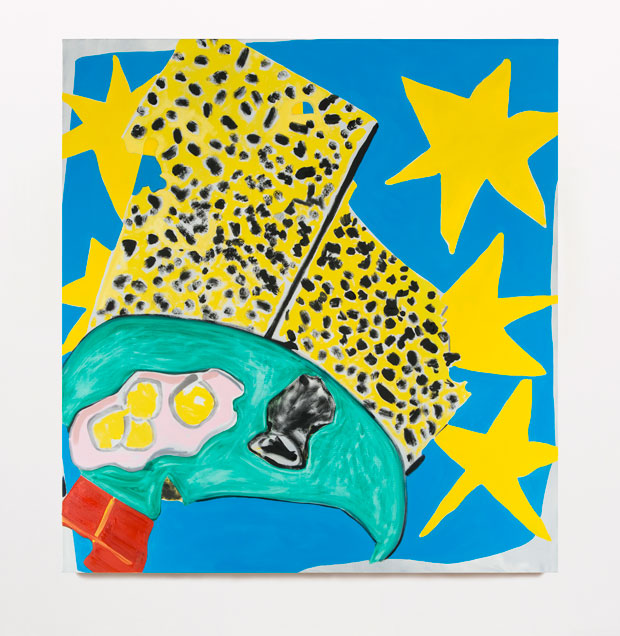 Who are you?  I am an artist, mom, teacher living and working in Vancouver.

How do you get this stuff out?  I am having a dilemma thinking about my work in relation to the rest of the world. Painting is a solitary activity; it requires hours alone and a lot of reflection. That’s what I like about it. It’s a way to live my life but the distance between what I am thinking about politically and what I am doing in the studio is difficult to navigate. The world is very loud right now. Painting is a coded language but evidence of the human touch in painting is a big communicator – maybe that’s how it can redeem itself. 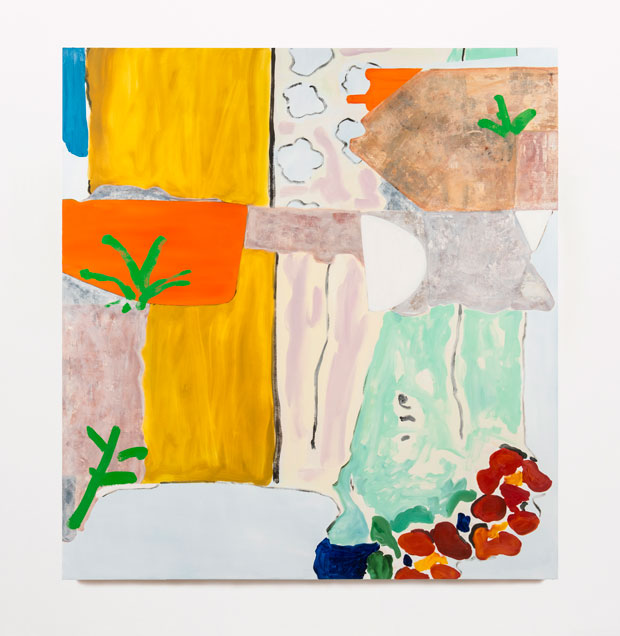 How does it fit together?  The body of work that I just finished comes from a collage process and it employs many different vocabularies and approaches to painting. I am quoting from an archive of historical painting that I have been building over the last several years, but now I am also taking and reiterating parts of my own past work as well as incorporating drawings of my family based on photos of the minutiae of everyday life. Some of the paintings read as ambiguous or disjointed narratives while others are a play on traditional abstraction – push and pull, positive and negative space. The inclusion of figurative elements confuses the reading.

The paintings were difficult and challenging to make – each one a puzzle that had to be worked out in its own particular way. I am very excited about the new autobiographical content – I have been known as an abstract painter for so long, but it feels right to include something from my life in a more direct way – even though ultimately those parts still read as very abstract. In the process of making this work I have developed a whole new system that combines all of my longtime interests like pattern, geometry, collage, biography, and discovering new things in older painting. This allows for intuition, which gets stronger with experience. It’s new and at this point feels limitless.

What brought you to this point? Years of working it out in the studio. Failure. 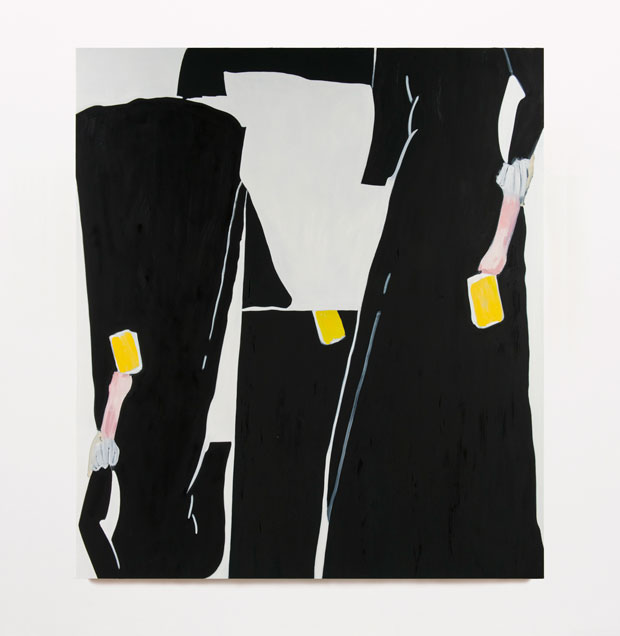 Can you control it?  That’s a great question. Control and counterpoint are both very important to my process. I gain control and then loosen it. I want to control it but I also want to approach it with total abandonment – it is a tug of war between the two. I find that when I exert too much control over the work my next move is to let go and make a body of work that is less proscribed. It’s a compression and release that seems to alternate between bodies of work. If I am working with restraint I feel an actual physical build up of energy in my body that has to come out somehow – and in those moments very loose gestural painting is satisfying.

Have you ever destroyed one of your paintings? I have destroyed many paintings. I used to work on each painting until it resolved itself, which lead to many layers and a lot of reworking. Those paintings were formed by building a history of decisions within each separate painting starting with a blank canvas. Sometimes the paintings did not resolve themselves or the surface just became too overworked and dead at which point I would have to destroy it. For my show Bricks are Heavy at CANADA in New York in September – my motto was ‘fresh’ I wanted the paint to look like it landed on the canvas all by itself, so anything that looked belaboured just had to go. 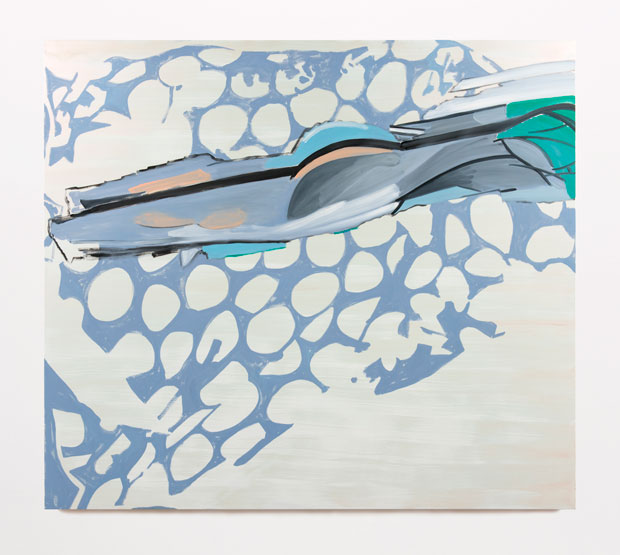 What’s next for you, and what’s next for painting?  I will be working on a mural that will be a 450 feet high by 30 feet wide. It will run up the side of a building in downtown Vancouver. I am also working on a set for a ballet next year. I am very optimistic about painting - there is so much interesting painting being made right now. Painting is a survivor so even if the attention of the art world turns away for a while it will fortify and develop interesting tangents during hibernation.

Find out more about Vitamin P3 New Perspectives In Painting here. Check back for another Why I Paint interview with a Vitamin P3-featured artist tomorrow. Finally, be sure to check out more of Elizabeth McIntosh's work here.