When catastrophe leads to creative design

It's hard to find anything positive in nature's power when it's manifested in the form of an earthquake, flood or hurricane. Yet a good few architects can’t help but recognize the new prospects opened up when a town or city is destroyed.

“A disaster zone where everything is lost offers the perfect opportunity for us to take a fresh look, from the ground up, at what architecture really is,” Toyo Ito once said, with reference to Japan’s 2011 Tohoku earthquake and its subsequent tsunami. 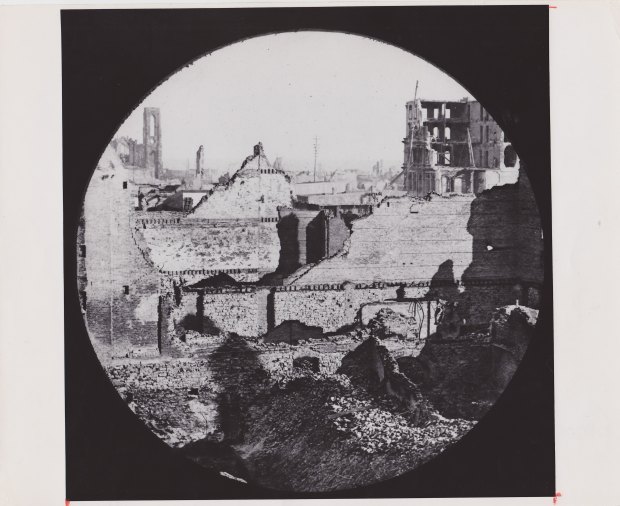 Court house at Dearborn and Randolph circa 1871, Chicago. Image courtesy of RIBA

Ito’s words serve as a kind of preface for Creation from Catastrophe, a new exhibition opening 27 January at the Royal Institute of British Architects in London, which examines the ways building design has responded to floods, earthquakes, bombings and other disasters over the past 500 years.

The show begins by presenting five competing plans for the rebuilding of the British capital in 1666 following the Great Fire of London; it takes in the architectural responses to Lisbon’s 1755 earthquake; Chicago’s recovery following the 1871 fire; and Japanese responses to World War II; before focusing on a handful of more recent cases, including Hoboken’s reconstruction work following Hurricane Sandy, and the floating buildings created in response to Nigeria’s 2012 floods.

There is work on show from architects often associated with relief projects, such as Shigeru Ban and this year’s Pritzker laureate, Alejandro Aravena, as well as antique documents drawn by the likes of Sir Christopher Wren and renderings from big-name international practices, such as OMA.

Some pieces are speculative, such as Reruined Hiroshima, wherein the great Japanese architect Arata Isozaki photo-montages his own wrecked buildings into the bombed-out city. Other exhibits show perfunctory yet practical buildings, such as Ban’s Nepalese disaster-relief housing, fashioned from the rubble left by 2015’s earthquake. 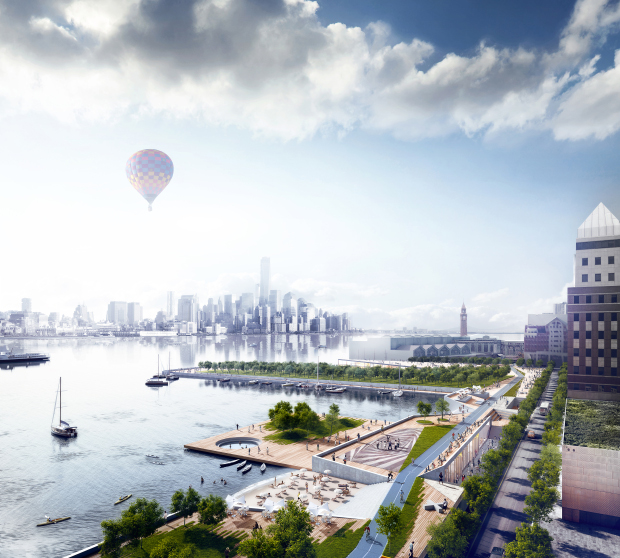 Ideas for rebuilding Hoboken after Hurricane Sandy, by OMA. Image courtesy of RIBA

The exhibition’s emphasis on latter-day disasters is intentional, as its curators suggest that, thanks to climate change, flooding and storm damage is likely to become more frequent across the globe. However, the level of contemporary architectural innovation seem to match this uptick in catastrophic freqency. Take Pakistani architect Yasmeen Lar, whose Women's Centre, in Darya Khan, close to the Indus river, was built following the 2010 floods, with the help of architecture students. The students trained local residents to construct simple locally sourced bamboo structures, which could withstand subsequent moderate disasters, and be rebuilt locally, if something more significant were to come along. 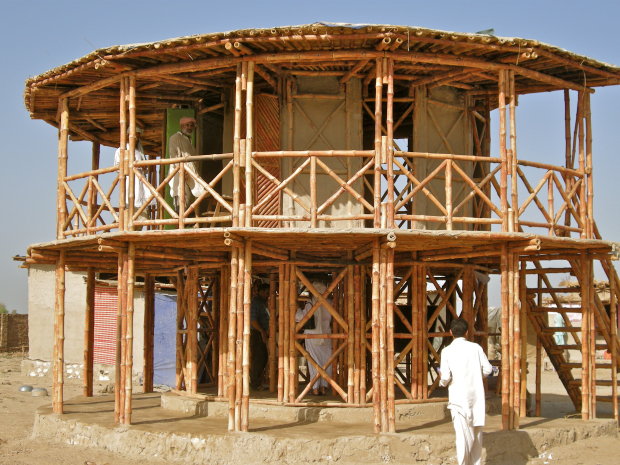 For more on the show, which runs until 24 April, go here. For a greater understanding of Shigeru Ban’s work get this book; for more on Toyo Ito get this one; and for deeper insight into architectural innovation more generally, browse through our books on the subject here.