The Magnum photographer who captured the Prague Spring praises Romania, as his show opens in its capital

We can all picture Magnum photographer Josef Koudelka's shots of Prague in the summer of '68. These images, capturing a cultured, civil uprising being put down by the Red Army caused huge numbers of left-wing sympathisers to lose faith in the Soviet system. Yet, 45 years on from those initial exposures, some details are, inevitably lost.

When, in August 1968, a combined force of Soviet, Bulgarian, Polish and Hungarian troops invaded the fast-liberalising Czechoslovakia, Romania was one of only two Warsaw Pact countries not to condone the invasion.

Although Romania's Prime Minister, Nicolae Ceaucescu was later put on trial and executed for genocide and illegal gathering of wealth, Prague 68's chief photographic chronicler, Josef Koudelka, remembers Romania's peaceful stance, after those years. A new exhibition of Koudelka's Prague photos has just opened in Bucharest's Czech Centre, and the photographer was on hand to put it all into perspective. 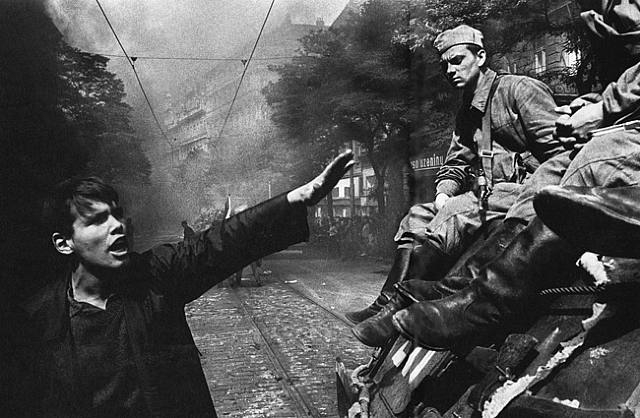 "This exhibition is about the invasion in which Romania refused to participate," Koudelka told the AFP news agency, on the opening of his Invasion 68 Prague exhibition. "Plus, there is also a personal memory that connects me to Romania - I was here many times and I love this country."

In '68, Koudelka, then a young aeronautical engineer, had just returned from a trip to Romania when Soviet Tanks entered Prague. His photographs were smuggled out of the country via the Magnum agency, and were published, under a pseudonym in the Sunday Times. Koudelka himself escaped the Eastern Bloc in 1970, and has continued to shoot, photographing Europe's gypsy population, as well as the wall separating Israel and the Palestinian West Bank. 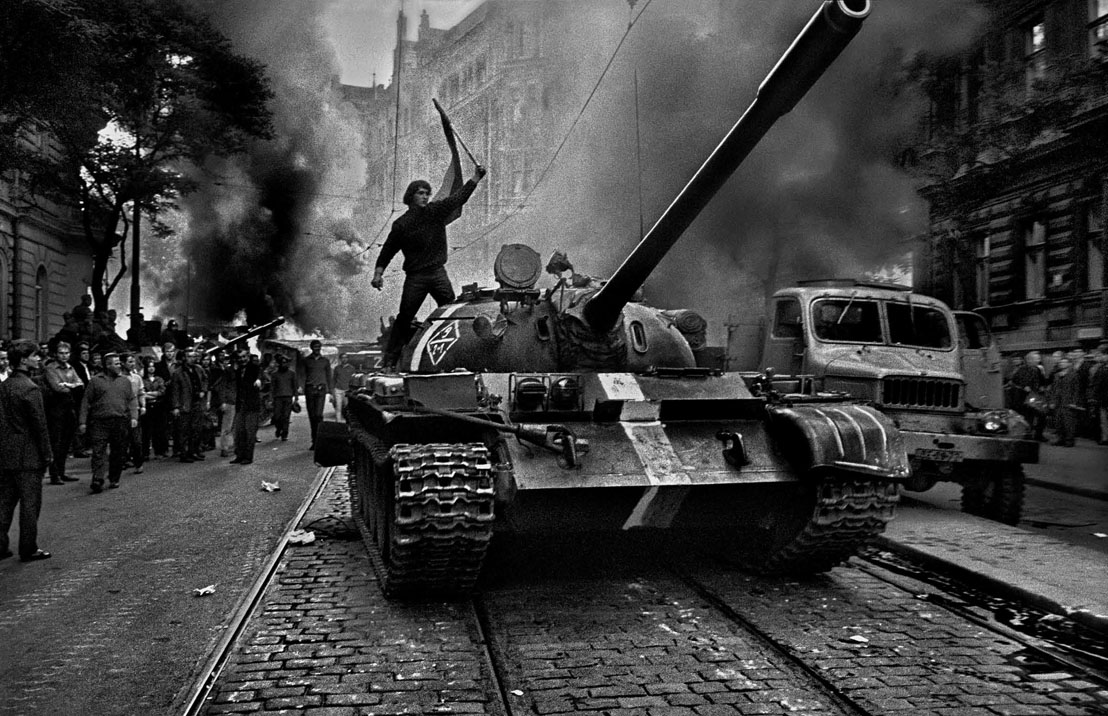 Though he's lived a peripatetic life, he appears to have no regrets. "What I do is look through my viewer and try to shape the world. As I do this, the world too is shaping me," the 75-year-old told the news agency. "The important thing is that I have touched upon the major topics of my times."

For the older visitors to Koudelka's exhibition, the Prague '68 experience might be something they share. To find out more about this exhibition, which runs until 2 February 2014, go here. For greater insight into Koudelka and his contemporaries, please buy the book from the people who made it, and take a look at our great selection of Magnum titles.