The revolution will, after all, be televised

South London artists LuckyPDF have located their practice at the forefront of internet technology. So why are they hosting a daily TV show at Frieze art fair this week?

LuckyPDF are James Early, John Hill, Ollie Hogan and Yuri Pattison, four 25-year-old South London art school grads who didn’t wait for the art establishment to come knocking. Since 2008 they’ve been organising their own exhibitions, performances, events and parties, while distributing their group projects in an online free-for-all. For these savvy manipulators of new media, working together with local artists and like-minded folk from the international internet art community is what it’s all about. The Saturday morning magazine-style TV show format is proving the perfect platform for their collaborative efforts. LuckyPDF TV’s previous incarnations have seen young artists, critics and curators try their hand as presenters for a program that’s mixed Nu Rave art bands with performance art and YouTube cat clips. LuckyPDF TV’s latest instalment at Frieze is upping the stakes with 50 artists creating live daily broadcasts on site. Phaidon asked founder member, Ollie Hogan, what to expect.

How did LuckyPDF start and how do you guys all know each other?

____ Three of us met on the Grand Tour in 2007 - the Venice Biennale, Documenta and Sculpture Project Munster. John and I met through a mutual friend in a campsite outside Documenta. We got to know each other studying art in Peckham and Camberwell. After graduating John and I set up LuckyPDF. James was at our first show, when were a project space. Yuri we met through the events we were putting on. All our work is based in new media and collaboration.

The Frieze TV project involves 50 artists, some of whom are making programs at the fair. What are the logistics of it?

____ There’ll be four TV shows, created on site, going live at four o’clock each day. Each one is an hour long and has a different presenter, either an artist or a curator; a different set, made and designed by another artist, and around five or six different commissions. It ranges from pre-recorded videos to performances, interviews, parodies, and interventions. There’s different graphics and different presentation models for each one.

And what can we expect to see?

____ The presenters include Paul Pieroni, a curator at Space Studios gallery. He’s doing a piece with the house band, Bo Ningen. They’re re-enacting an ESP performance by the Grateful Dead from the 1970s. It’s like a 1970s version of the internet, where people would collectively send their thoughts to a psychic, who would describe the image they received. We’re doing that with another artist, Petra Cortwright, from LA. She’ll then draw up the image that she gets ‘sent’ via Photoshop and that will be done over Skype. Presenting, there’s also Hennessey Youngman a rapper/art critic from New York; Jeremy Bailey, a Canadian new media artist is presenting live via Skype. The last presenter, Attilia Sattorri Franchini, is curator of an online gallery called bubblebyte.org. 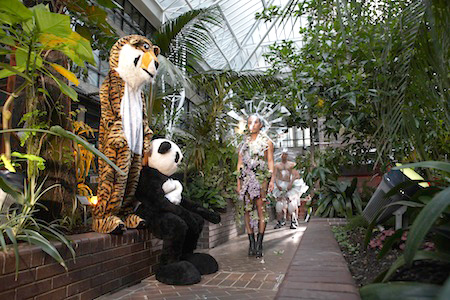 TV is something that a lot of people feel a great nostalgia for and your format for LuckyPDF TV references the youth shows of the 1980s and 90s. Why TV now?

A few reasons. One is the death of television is something that’s relatively recent, but perhaps hasn’t been totally scrutinised. Then there’s the shift to internet and how those modes of production have changed and how that affects society. The internet’s a really good platform to show performance to a wide audience. That’s new as much as is the loss of television. So even though the format is old, the way in which it’s done is something you couldn’t have done before.

Your website design plays up the idea of art shopping. Are you going to engage with the fair as a commercial entity for the TV project? We don’t want to try and subvert the fair. It’s an amazing audience there and that’s why we want to do it. We’re positive about selling and the commercial aspects of art practice. Back to why we started, we think that gallery representation is outmoded to an extent. And television, potentially, for this kind of thing, could sustain itself financially in other ways, like advertising. It’s not about making something cynical or political. We’re trying to engage entrepreneurially with a commercial world and, at the same time, trying to reach a wide audience. 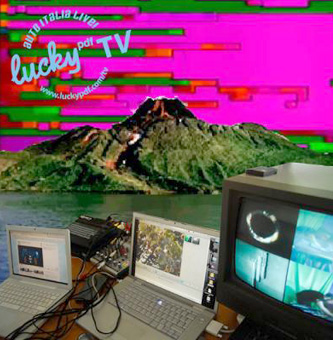 What’s your role – producer, presenter, the glue holding everything together?

Those are definitely terms we’re happy with. I guess it comes from the rise of the curator. When we were studying, Relational Aesthetics were really big. With the projects we try to curate ourselves, we fit somewhere between artist-curator as much as administrator, van driver and publicist.