To say that Anish Kapoor’s new body of work contains his first paintings in years is to stretch the description of a painting somewhat - as far as he’s stretched the paint, silicon and white resin on the canvases in fact, some of which project two feet from the gallery wall.

Nevertheless, for want of a better description the word 'painting' was the one the artist settled on this morning when describing his new work to us at the Lisson Gallery. These creations hang precariously on the wall, their apparent weight seemingly defying gravity itself.  The initial impression is, as others have noted, of three dimensional Francis Bacons, a comparison Kapoor was quick to bat away when it appeared saying, "Bless him. Love him. But he’s not my thing. It’s not what I intend to do or what I want or need to do." 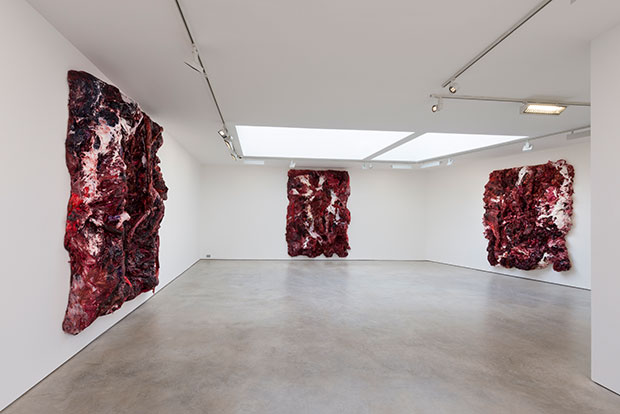 Though the work on the floor is conventionally beautifully - pink onyx sculptures that suggest the most intimate of human orifices - not all of them sexual - the work on the walls has a more savage quality. It’s pretty hard not to think of slabs of meat, with the sinews, bone, gore and eviscerated flesh both shocking yet, in the painting's hidden depths, truly mesmerising. Are they his reflection on a particularly barbaric moment in contemporary history? Or something else entirely? 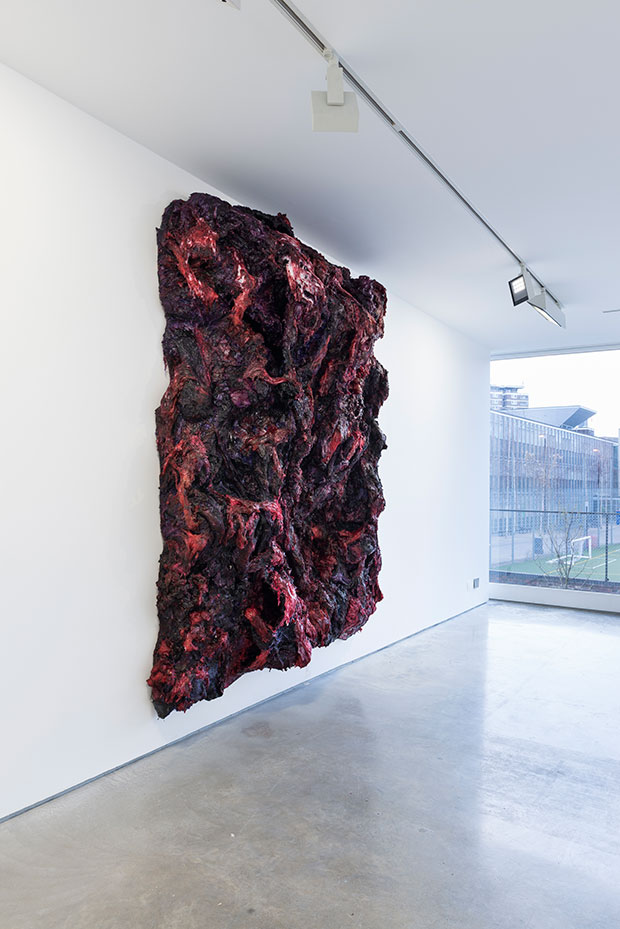 “I think we live in terrible, difficult times - it’s part of the baggage we bring to looking," the artist told us. "I'm not going to exclude it. But I’m not going illustrate it either. If a work can take that on without illustrating it…. I’m not a journalist. I don’t want to have anything to say, it just gets in the way. I think the journey of an artist is a journey of discovery and some engagements with paint, with the nature of material, with bodily things. I’m obviously very engaged with bodily things, and all that has led me to this place - a fascination with red which I’ve had over many, many years. Of course red has a terrifying darkness in it which I’ve always been fascinated by.  So does all that coming together make it a commentary about the current state of the world? Perhaps, but it’s not for me to say. I feel that that ties the work down too hard. One wants to open the story, not close it.” 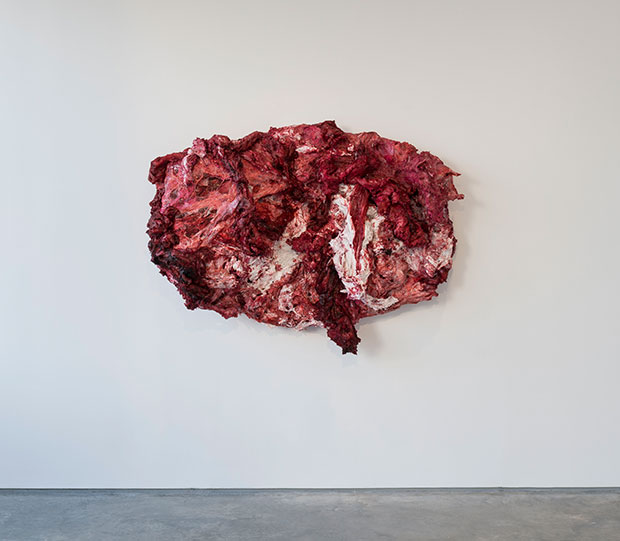 Kapoor went on to remind us that "people get confused" when he says “I have nothing to say as an artist." Though he admitted that he kind of likes it all the same. "If I went into the studio each day and said, ‘today I have to make a comment about so and so.’ Then I could do that more or less - whatever the issue. But it sort of excludes the possibility of real discovery. So I see it the other way around. An artist’s job is to go into the studio and say ‘I don’t know what to do, I’m lost.’ That it’s the impossibility, if you like, of any poetic substance. And then you go in there and in spite of that terrible feeling, which you have to live with, you do something and you think ah, maybe that can lead to its own content, not something already there. 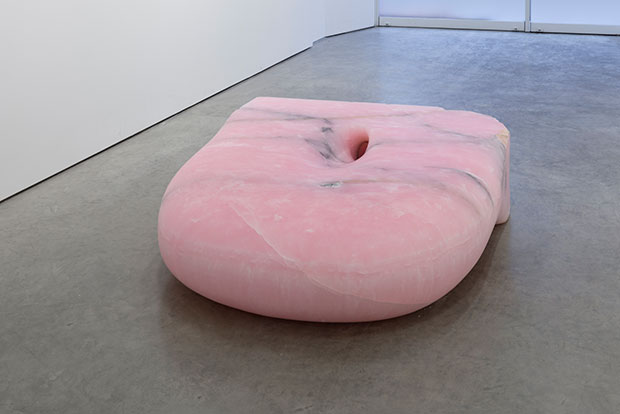 "It's "like going to the psychoanalyst" he continued. "You lie on the couch and say I feel terrible about this, that and the other. And suddenly there is a whole thing in the room between you and this other person and you’ve got to work with it. And you think, ‘Oh god look what’s happened! It’s all here! Suddenly there’s a third person in the room before you even know it. And it’s not disimilar for an artist - this stuff arises and then it’s the thing that you work with. And I’m really interested in that as a process. Because it’s a process that leads you in directions you couldn’t imagine, directions you couldn’t rationally put there.”

Check back tomorrow for more from Anish about his "return to painting", why he wants to write "a grand opera" and why he works with silicon - "the same stuff used to make breast implants". And if you want the last word on this great artist buy our beautifully designed Anish Kapoor monograph here.