Although Easter is all about gorging yourself on chocolate eggs over a long weekend away from work the fact remains that you are able to do this thanks to religion. Obviously, religion is a staple in art history but it's enlightening powers are often hidden under layers and layers of import and obfuscation. Here then, as an Easter treat, are five artworks with religious connotations you may not quite have caught.

Andreas Gursky, Chicago Board of Trade II 1998 (main picture above)  This is one of a series of photographs Gursky has taken of international stock and commodity exchanges, including the Hong Kong Stock Exchange, Singapore Simex and the Chicago Mercantile Exchange. He also made a previous image of the Chicago Board of Trade in 1997. It’s shot from a God’s eye perspective, the swarms of people on the trading floors resembling insects (locusts?). “I am never interested in the individual but in the human species and its environment,” Gursky has said. The artist's perspective is unblinking, scientific and undeniably theological. The colours have been digitally enhanced, adding to an intense decorative effect that mimics mosaic or stained glass. 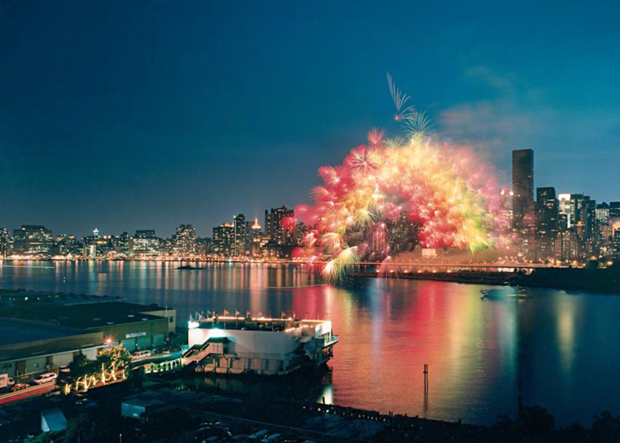 Cai Guo-Qiang, Transient Rainbow 2002  In the wake of the September 11 attacks Cai’s Transient Rainbow provoked comparison with Genesis 9.8-16 and the Rainbow produced by God following the flood as a sign of his promise that he would never again destroy the world. The short lived burst and brief life of gunpowder - the artist’s signature medium – has a religious significance to Cai, symbolizing both the dynamism and the impermanence of life. Drawing on the Dao he says: “I gave the city a rainbow, a symbol that comes after the storm," I am looking for the unchanging through the always changing.” 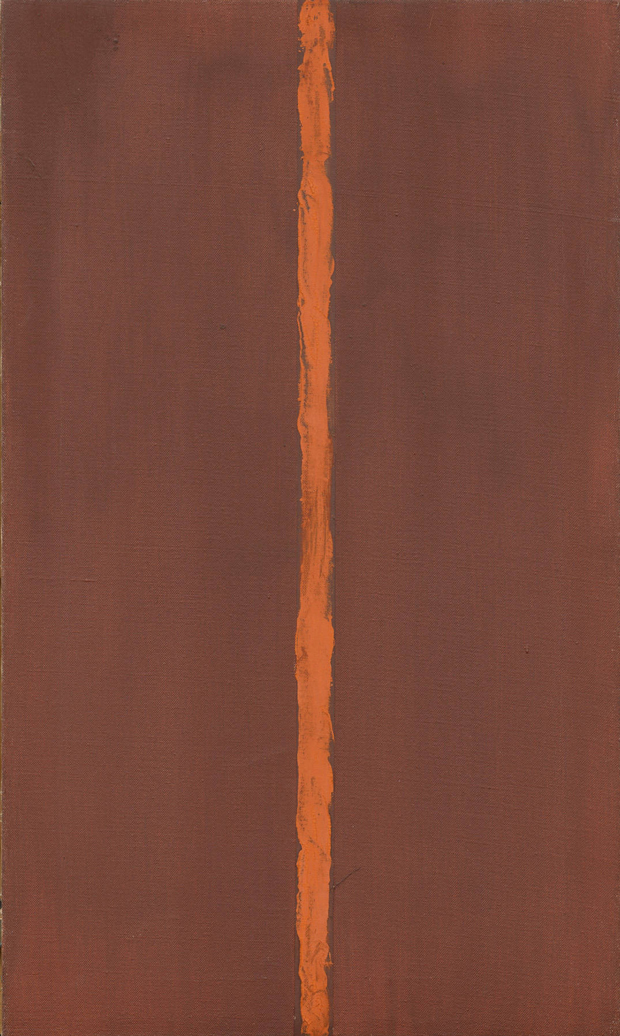 Barnett Newman, Onement I, 1948  Newman proclaimed Onement, I to be his artistic breakthrough, giving the work an importance belied by its modest size. It was the first time the artist had used a vertical band to define the spatial structure of his work. Later dubbed a 'zip,' it became Newman's signature mark. Newman divides the canvas in half with the tape’s machine-made precision and his own creativity in what amounts to a spiritual lightning bolt. With it, the artist created an analogue to the separation of the heavens and the earth in the biblical book of Genesis, and the painting’s title resonates with the Judaic ritual of atonement. 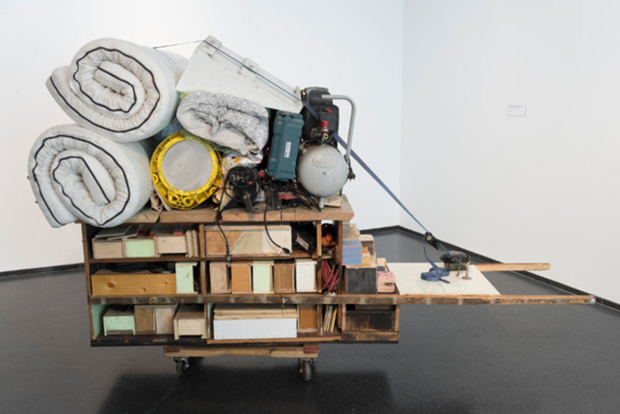 Theaster Gates, 13th Ballad, 2013  For 13th Ballad, Gates created a new large-scale installation in the Museum of Contemporary Art in Chicago that comprised art objects and materials from the Huguenot House, as well as a set of repurposed pews from the University of Chicago’s Bond Chapel. The pews, having been removed recently in order to offer Muslim students a place to pray, were a symbolic gesture of religious tolerance.

Gates thought broadly about spaces of worship while researching the religious persecution of the Huguenots, members of the Protestant Reformed Church of France, who were forced to flee discrimination by the Catholic Church and relocate in Protestant nations such as Prussia (modern-day Germany) between the 16th and 18th centuries. The installation features a monumental sculpture that showcases the everyday objects left behind by the artists and workers. 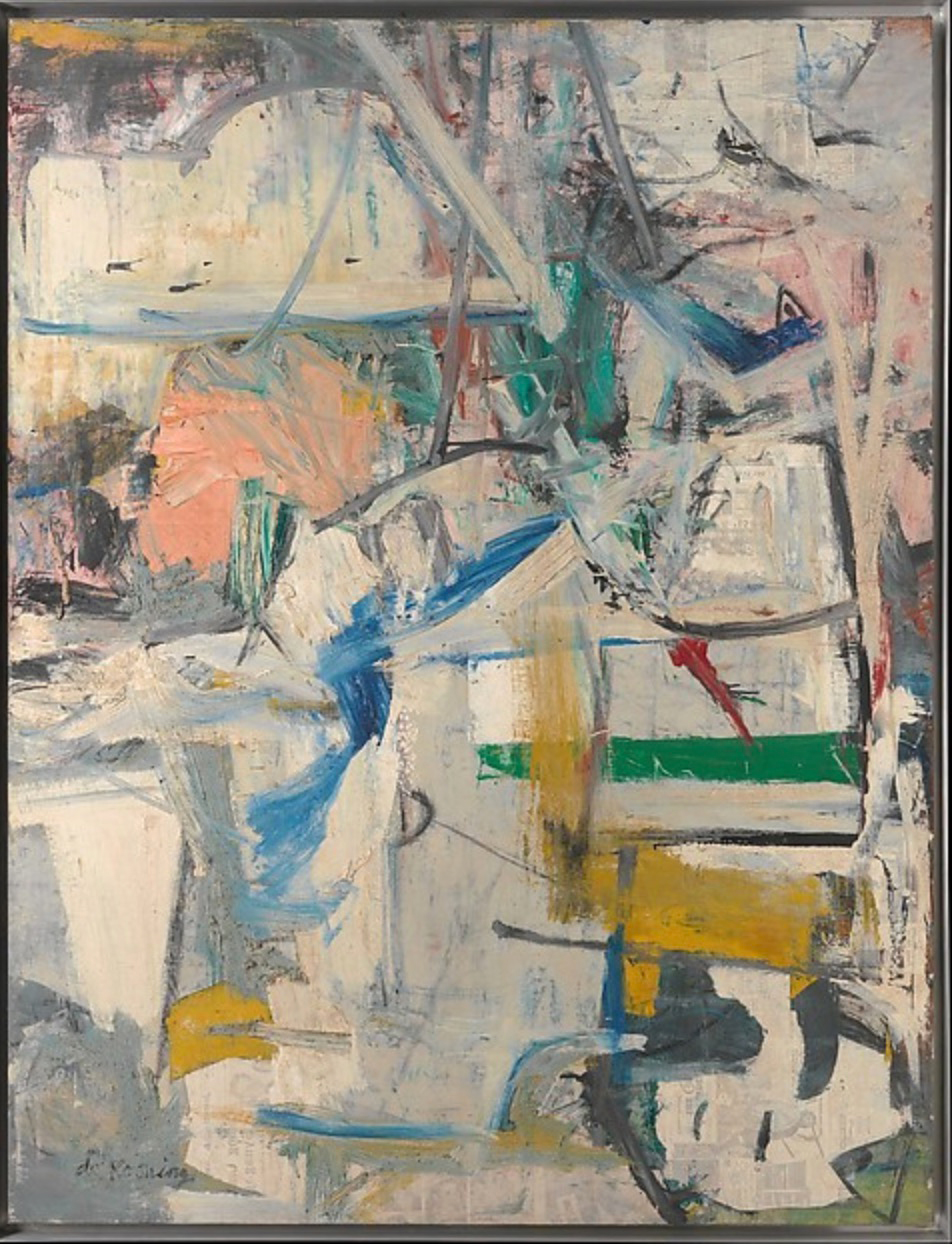 Willem de Kooning, Easter Monday, 1955-56  Hung in an exhibition that opened on Easter Monday 1956, the oil and newspaper transfer on canvas was interpreted as an abstract cityscape by the critic Thomas Hess, and its title was assumed to reflect the day of its completion. It has also been suggested that the work is a metaphor for the Christian Resurrection. A photograph of a Roman centurion from an advertisement for the 1956 film Alexander the Great occupies the lower right corner.

For more art - and a bit of religion too check out Willem de Kooning, Theaster Gates, Cai Guo-Qiang, The Art Book and The Glory of Byzantium and Early Christendom in the store now.