Victoria Miro, the East London gallery, will open a new space in the city's hedge-fund district this autumn, so it's not surprising that it will inaugurate the space with some blue-chip works.

Yayoi Kusama, one of the gallery's best-known artists, has painted a new series of white Infinity Net paintings, to be shown at the gallery's 14 St George Street premises, October 1 – November 9, in the Mayfair neighbourhood of the British capital.

Kusama has been creating these large, detailed works, which depict her recurrent hallucinations, since the 1950s. The paintings possess both the intricacy and uniformity of, say, an Agnes Martin work, while also retaining some of the heady, mind-manifesting qualities common to much mid-century US art. View these, and you can see why the artist is regarded as both a pop and a minimalist pioneer. 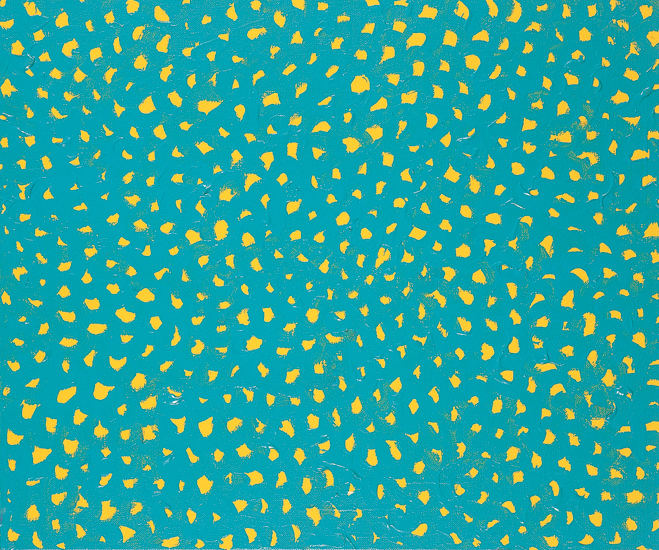 The gallery quotes Kusama's own recollections of an early Infinity Net show in the US, in the press statement for the new show. "I debuted in New York with just five works,” Kusama writes, “monochromatic and simple, yet complex, subconscious accumulations of microcosmic lights, in which the spatial universe unfolds as far as the eye can see. Yet at first glance the canvases, which were up to 14ft in length, looked like nothing at all - just plain white surfaces". 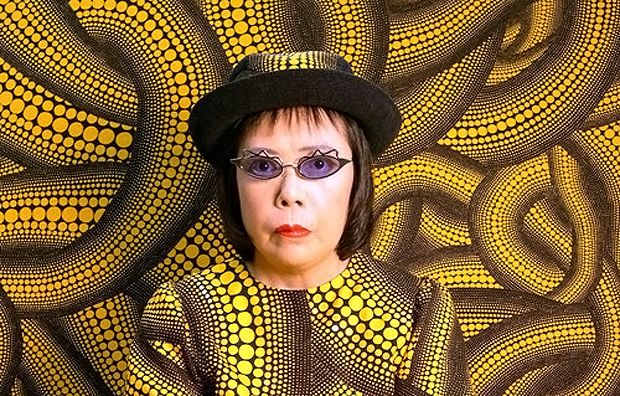 This set of Infinity Nets could prove to be quite a catch; similar paintings, created much earlier in Kusama's career, have sold for over $5m. To learn more about the new show, go here. To understand her work better, please consider our Yayoi Kusama monograph, and to get a handle on the two movements exemplified in the Infinity Nets, please consider our Pop and Minimalism books.