How do today’s top athletes prepare for important international tournaments? In the gym? On the court? Or inside an art gallery?

The 25-year-old Canadian tennis player Milos Raonic chose that final option a few days ago, prior to his semi-final appearance at the Australian Open. The 6’5”-tall player took a trip to Andy Warhol | Ai Weiwei, the new blockbuster exhibition in at the National Gallery of Victoria in Melbourne.

“I saw a lot of Andy Warhol exhibits before," Raonic told the BBC. "It was more of the Ai Weiwei installations I wanted to see.” The player went on to remark upon the show’s impressive scale, and was particularly taken with Forever Bicycles, the assemblage of 1,500 bicycles which lies at the show’s centre.

"It was magnificent in many ways,” he went on. “I think that whatever iteration you see of Andy Warhol's life has been redefined over many years due to his unfortunate passing, but Weiwei's story is constantly building and you're hearing something different. There is a lot I'm learning about his house arrest and all these kind of things, his rebel behaviour towards establishment and so forth.” 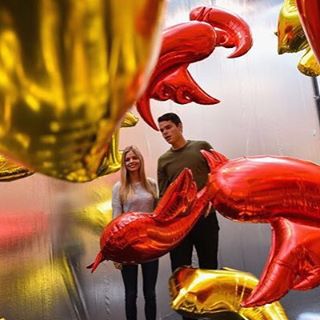 Milos Raonic at the National Gallery of Victoria in Melbourne. Image courtesy of Raonic's Instagram

The show is the first to bring together the two artists and has been well received critically. However, Raonic believes the show can help from a sport-psychology perspective. “It's important to have things to stimulate your mind and interests when you get away from the court,” he explained over social media. “Art is one of mine.”

We’ll see how this strategy works out for him on Friday, when he faces another famous Andy –  Andy Murray – on the Rod Laver arena.  For more on Ai Weiwei’s life get our monograph; for more on Warhol, take a look at these books.