We're always interested to hear what Swiss Pritzker-winning architect Peter Zumthor is up to so we were pleased to hear that he's currently in the process of creating a new vision for Los Angeles County Museum of Art. Zumthor will unveil his artistic vision for the project in June in an exhibition called The Presence of the Past: Peter Zumthor Reconsiders LACMA.

The Wall Street Journal reported yesterday that Zumthor is making big changes, “literally turning LACMA inside out by replacing half of its angular mid-to-late-20th century buildings with a series of curvaceous modern glass structures.” This will include getting rid of four old buildings and constructing new glass walls that will allow the museum’s artwork to be viewed from Wilshire Boulevard. The plans apparently include provision for an indoor-outdoor art park, a curving perimeter and a wide veranda surrounding transparent galleries. 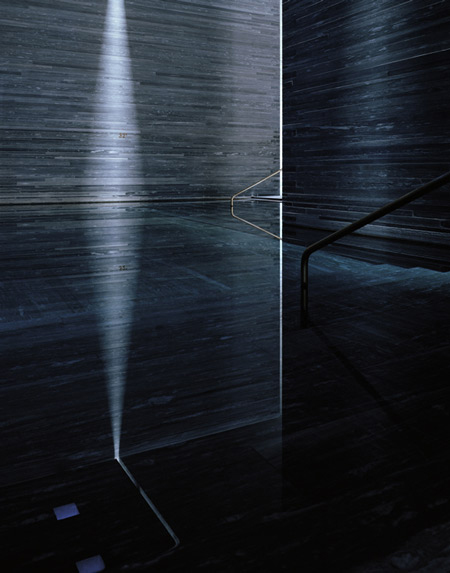 Zumthor aims to create what the museum’s CEO and Director, Michael Govan calls “a village of experiences - an organic shape, like a water lily, floating and open with glass 360 degrees around.” Govan adds, “As much as 80 percent of the square footage will house art on view to the public. Whole sections of LACMA’s collection – such as gems tucked away on the third floor of the Art of the Americas building – will be dusted off for the first time in years.”

We can't wait to see the results which we'll bring you as soon as we can. Meanwhile, if you're in awe of Zumthor's work, as we are at phaidon.com you may be interested in our book Composing Space, the photographs of Hélène Binet. It's an extensive limited edition monograph on the work of this incredible architecture photographer and it features a choice handful of Zumthor's most exemplary work. The printing, by the way, is sublime. If you want more Zumthor online content you'll find it here.