You’re probably aware of the Magnum Postcards From America project in which photographers from the photo agency embark on that classic framing device of a road trip and send back photographic 'postcards' of what they find. Naturally, along with most everything else, the form has been transformed of late by the internet – in this case the use of tumblr provides an (almost) real time update of the photographer’s travels. So we were happy to stumble across the latest version of the postcard series, Postcards III, earlier this week at the Magnum gallery in London. It focuses on the exploits of a group of 11 photographers in Rochester, New York. The photos are varied in nature so we urge you to pay a visit to the tumblr page to get a good overall feel for the project. 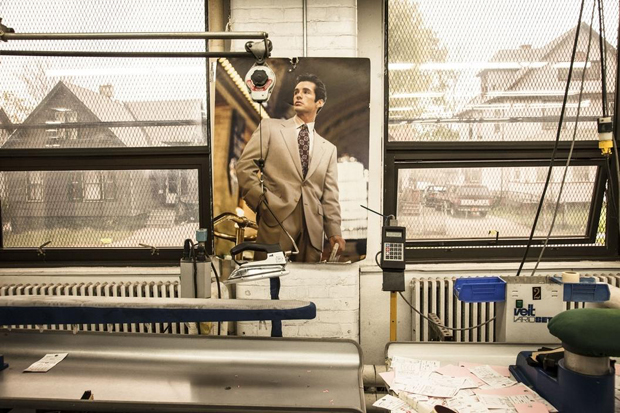 The day after the show we chatted to one of the photographers in the show, Susan Meiselas. Meiselas is represented in the exhibition by some powerful photographs taken inside the 100-year-old Freeman-Hickey factory – the last in Rochester making men’s suits. Her photographs of the detritus of working life in the factory really leave an impression of the day-to-day existence of the hand-skilled labourers. Their physical absence from many of the shots somehow only serves to strengthen their spiritual connection to the inanimate tools of their trade that are photographed. Meiselas began by telling us a little about the genesis of the Postcards project. 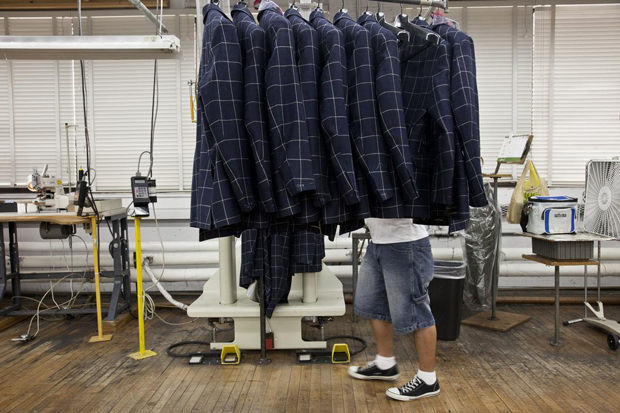 “It was very spontaneous and it came from one of our annual meetings a number of years ago. We were talking about how we live our lives completely dispersed, running around the globe and the fact that the thing that can be the most fun is the three days we spend together each year, so why not do some more work and interact more with each other. The group that got together to do it just kind of invented it as we went along. Initially the work was on a tumblr so you were seeing the process of engagement on a road trip, us making sense of the world around us. We had a few thousand people very quickly following us.”

As Martin Parr says in the notes to the exhibition: "As the traditional support systems for producing photo documentary projects - such as canvassing editorial commissions - are in decline, a different method of working is now emerging. This often combines internet platforms, print sales and even self-financing publications." Apart from the obvious challenge of finding the initial funding for such a project, we wondered if being the commissioner and the photographer ever brought its own set of artistic challenges. 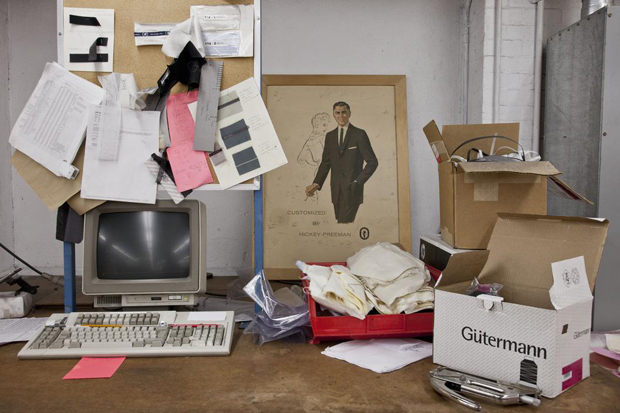 “Well, I think the challenge for all of us is finding the photographs that we can make in unpredictable ways," Meiselas told us. "It’s always a challenge. If you’re assigned to do something a magazine wants or needs it’s generally illustrating what a writer is thinking about, but it can still be open. Selling the portfolio and the box is a way of subsidising the process but you have to also build your audience, you have to think that people believe the work is interesting.” With a rich photographic history Rochester was obviously an interesting choice, though it wasn't the only one it seems.

“We were thinking about a north industrial city, Meiselas told us. "We thought about Detroit and Syracuse but really, we’re connected to Rochester more deeply in a number of ways. Obviously it’s the city of memories and, there's the George Eastman House (the venue for 'The New Topographics', William Jenkins's 1975 exhibition which redefined landscape photography), it's home to Kodak and its impending bankruptcy. So there were lots of reasons it felt right to be in Rochester. In the first few days I locked onto the factory and I really became quite intrigued; it’s over a 100-years-old and I’m just quite interested in it as a social environment and a working environment. It’s a project I plan to go back to. When I do I hope to do more of a time lapse thing."

Browse more of our online Magnum content and our stunning Magnum-related books and buy the Magnum Postcards box set here.