To herald the publication of Saving Grace: My Fashion Archive 1968-2016, Vogue's Grace Coddington runs through her favourite photographers, including this pair who use digital techniques to get the perfect picture

When Vogue’s creative director at large Grace Coddington began her career, film was still being loaded into fashion photographers' cameras, and post-production image manipulation was done in the dark room, not on a computer screen. However, as technology changed, so Grace developed new working relationships with creatives at the forefront of her chosen medium.

Our new book, Saving Grace: My Fashion Archive 1968-2016 – an elegant clamshell box containing both volumes of Coddington's collected works, Grace: Thirty Years of Fashion at Vogue and Grace: The American Vogue Years – features, among many of Grace’s favourite photographers, the work of Mert Alas and Marcus Piggott, better known in magazine circles as Mert and Marcus.

This pair, as Grace explains in Saving Grace, make perfect fashion images, equal to any of 20th century greats, even if their means of image production are a little more contemporary. 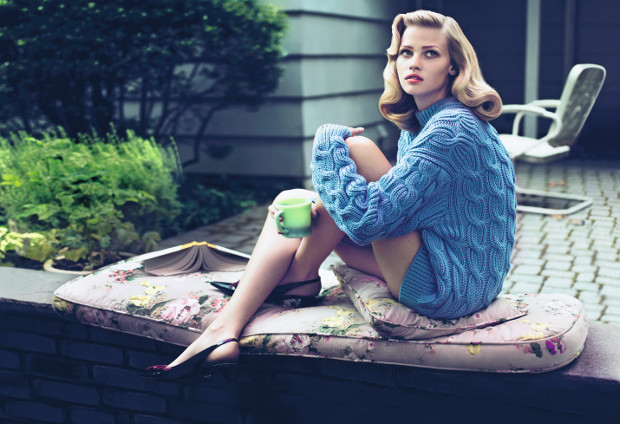 “Mert Alas and Marcus Piggott, the madcap Turkish/Welsh duo, specialize in flawless pinups, smoothed and lifted thanks to perfectly executed Photoshop,” says Grace. “The sun always shines in their blue heaven, and their woman is a golden goddess. Their graphic eye and assured use of saturated colour give their images an ultramodern look, yet their work can also be utterly romantic and painterly.

They have a preference for supermodels, whom they make even more glamorous by digitally exaggerating their silhouettes, re-creating hair, and minimizing waists in a technique that is almost like sculpting. They are obsessed with making everything look beyond perfect and a bit surreal. So when they say, “Do you want more hair to the side?” or “Do you want the breasts a little higher? C cup? D cup?” they literally mold the girl into what is desired. 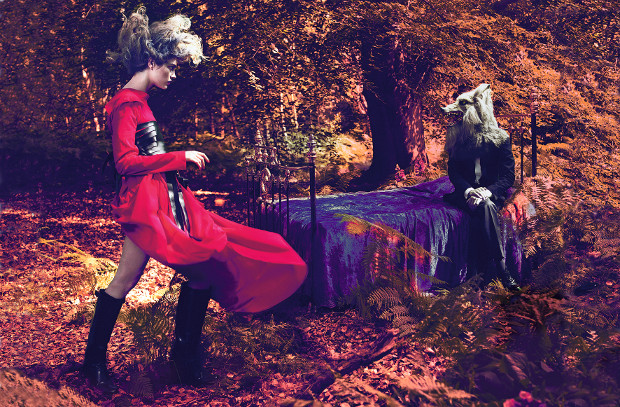 “Rather than forming part of an extended story, each of their pictures contains its own fragmented sort of narrative, whether it’s a riff on the 1950s sweater girl starring the curvaceous Lara Stone, or a vision of the social media darling Kendall Jenner as a contemporary Alice in Wonderland, stepping through the looking glass into cyberspace with actors from London's National Theatre.” Of course, not every Mert and Marcus commission turned out exactly as Grace had imaged, as Grace explains. 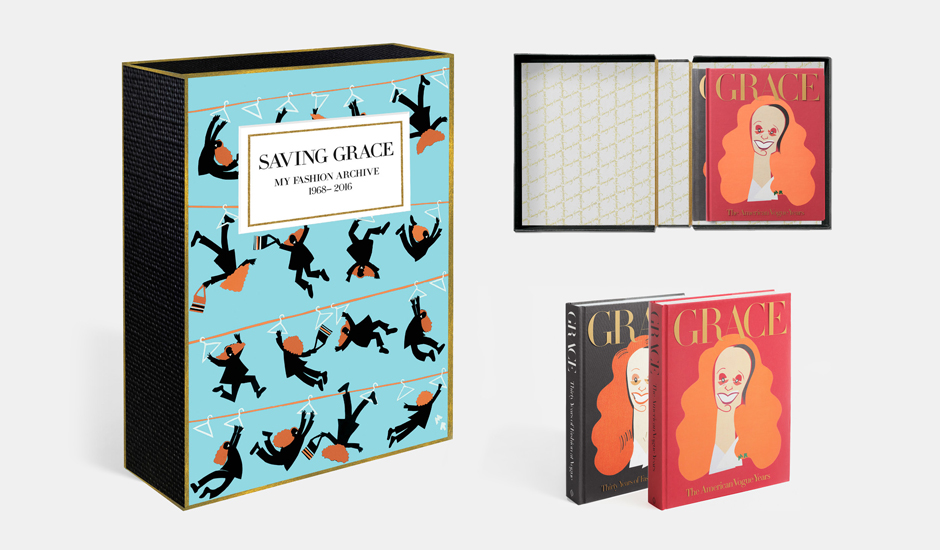 “M & M are tremendous fun to work with, although it can be nerve-wracking when you get home and wait to see how they have transformed the shoot. It may come back virtually unrecognizable—though in a curiously compelling way.

For example, we shot a psychedelic reworking of Little Red Riding Hood, starring Natalia, in a leafy green forest outside London on a summer’s day. The pictures came back autumnal and Cocteau-esque, drenched in a scarlet haze, something I would never have imagined but that I absolutely love.”

To see more more images and plenty else besides order a copy of , Saving Grace: My Fashion Archive 1968-2016 here.