Sarah Cain - Why I Paint

Sarah Cain often attributes her exuberant candy-coloured palette to her time growing up during the 1980s. As a child in upstate New York, she recalls watching the multi-hues of hot air balloons landing on a field of bright white snow.

In 2002 she painted floorboards down the centre of an abandoned nineteenth-century hotel in New York in three shades of red, explaining: "I started making works on site because I wasn’t ready to deal with everything that went along with making objects. In a lot of ways, the works on site began out of an attempt to eliminate control. By embracing the ephemeral, I had to think and act in the present tense."

Although her work has evolved considerably since she moved to California in 1997, temporary site-responsive painting remains a crucial, evolving part of her practice. Recently, she has begun to incorporate domestic furniture into her repertoire as well. In love seat (2015), she painted a seat abandoned by a neighbour after his engagement ended. Covered in red splattered paint, love seat is a totem to breakups and the site for a contested battle over painting itself, in which hard-edged abstraction fights it out with raw gestural expression – and loses. Here, the Vitamin P3-featured painter tells us what interests, inspires and spurs her on. 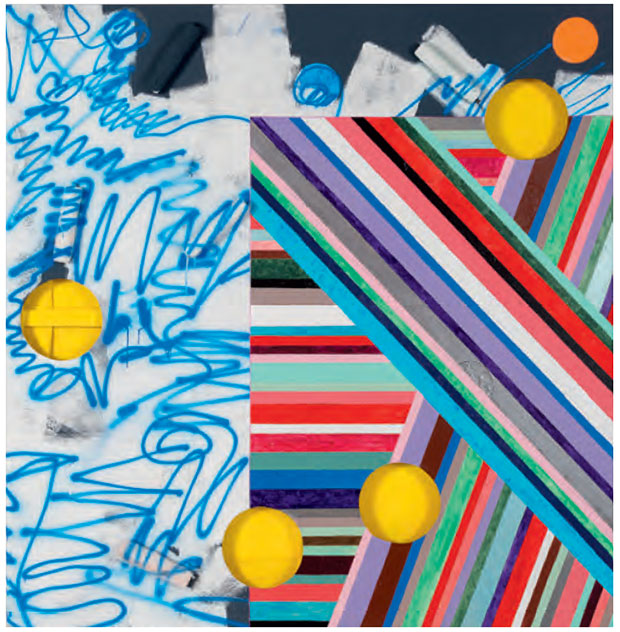 What’s on your mind right now?  It’s August 2nd, 2016. I’ve just gotten up. I’m drinking tea and thinking about Black Lives Matter creating a platform, the power of words and when words fall short of feelings/experiences, the times when words are necessary, the difficult position in art when your language is painting or something other than the written word and the disadvantages that can create, Hillary Clinton saying “I don’t believe you change hearts, I believe you change laws”. Hillary becoming the next American President, how intensely we need women, people of colour, and queer minds in positions of power, how apparent misogyny is in American culture, how much I loved running into Tony Feher and his art, is there a difference between people who delete a friend’s phone number quickly when they’ve passed away between those who never do, the balance of how to navigate the outside world and the inside world, flowers blooming, forest fires, the independent attitude of cats, and walking up the steps to my studio.

How do you get this stuff out? I paint everyday. When I begin, it’s like there’s a room full of people talking over each other and by the time I’ve hit the zone there’s silence. I also work a lot out by looking. I love to look at plants. They have an amazing built in logic that surpasses most of what any of us could imagine. The place where I am writing this looks onto a wild hillside garden. I walk through it to get to the studio everyday. 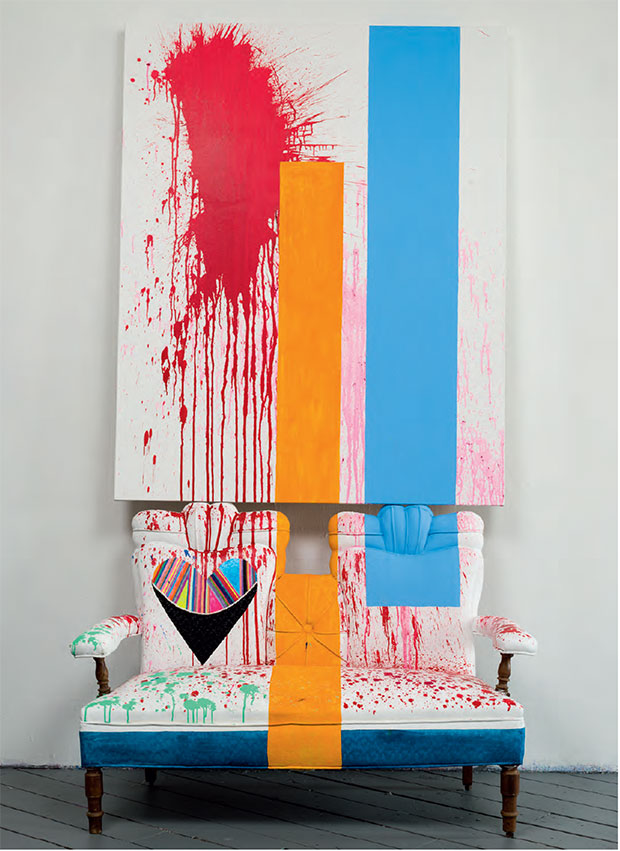 How does it fit together? I pull from so many different things: thoughts, feelings, ideas, what I’m reading, what I’m listening to, a specific colour, etc. The world informs the spirit of the work but I don’t want to overtly push a meaning on the viewer. I believe in the painting showing me more than me telling the painting what to be. I believe in speaking my mind and making work that is actively engaged with furthering and challenging what painting can be. Painting is a space where anything can happen but you need to be open to receiving it.

What brought you to this point? A lot of risk taking, hundreds of paintings, determination and sheer stubbornness to not give up or let things that bring me down win. I think the key to making great painting is fighting hard to have the necessary physical and psychological space to make your work. I’ve worked hard to find that space and the independence that comes with it is essential.

Can you control it? You never really have control over anything. Abandoning the idea of control is at the core of everything I do. 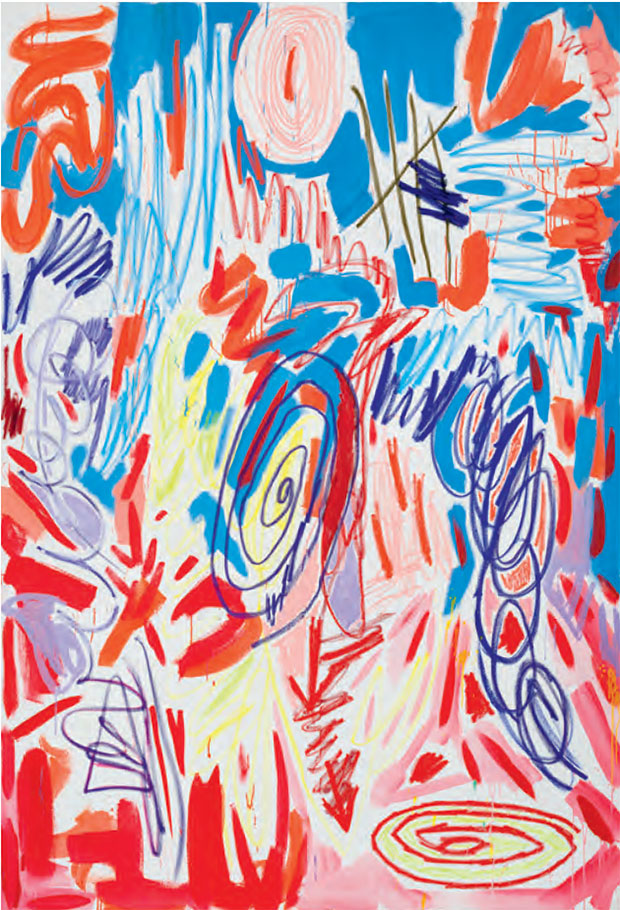 Have you ever destroyed one of your paintings? I do this all the time. An important part of what I do are the huge, ephemeral paintings on site that I create knowing they will have a limited lifetime. With my studio-based paintings, I recycle parts when I know a painting has something really good going on but it didn’t hit it exactly. I’ll wait for that moment to come back and get it better the next time.

There are really only two paintings I can think of that I’ve destroyed and now miss (which might just be because I have photographs of them). The first one was at a biennial in Busan. I wasn’t far enough along in my career to know I should have asked the organisers or my gallery to send it back to my studio so I cut it up and took the pieces home in my suitcase.

The second one was a huge painting that my gallery for some reason didn’t want. It was an energetic portrait of San Francisco before the city turned into what it is now. I couldn’t store it intact, but I did keep the parts as a template so I could remake it if I ever wanted a version of it later. I think both of those paintings came a year or two before other work similar to them did. Looking back, I think I was scared of them and didn’t fight as much as I should have. In similar situations, I now trust any weird or embarrassing feelings that come up as it usually means I’m on to something.

In general though, it’s fairly easy for me to let go of work. It’s probably because I work so much and am happier with the potential of an empty studio than with the satisfaction of a full one. Being able to let go is key to not only editing but processing change quickly.

What’s next for you, and what’s next for painting? I’m headed to New York soon to open a solo show called Dark Matter at Galerie Lelong, (Sept 8-Oct 15).  I’ve created a new approach to my work on site for this show. It’s a 3000 sq. ft. work, which will cover the entire floor of the gallery and can be walked on. I can’t wait to see it installed with the paintings hanging above. Once those paintings ship, I’m looking forward to returning to a series of furniture/canvas based works I began during my last solo in Los Angeles, BOW DOWN, at Honor Fraser. I want to make a full environment. I dream of taking over a house and making it a permanent destination. I’m also getting ready to start my next solo, which will be in San Francisco with Anthony Meier Fine Arts in Jan 2018. I have no idea what's next for painting but I’m excited to get there.