Why is the USA staging a postcard show in Venice?

Light, bright and airy renderings can often look pretty, yet contemporary architecture's more celebrated projects sometimes fail to address the real problems faced in our built environment. Rather than fawn over any highfaulitin designs, this year's Venice Architecture Biennale curator Alejandro Aravena has chosen the theme "Reporting From The Front Line" in an attempt to draw attention to, and focus the profession on, some genuine problems. Corine Vermeulen, Ray Shawn and his uncle’s van, 2011. From The Architectural Imagination's My Detroit Postcards

The US Pavilion presentation is focusing on one such knotty dilemma in a presentation called The Architectural Imagination. Despite its title, each flight of fancy, overseen by curators Cynthia Davidson and Mónica Ponce de León has one very practical end in mind: how to fix the city of Detroit. 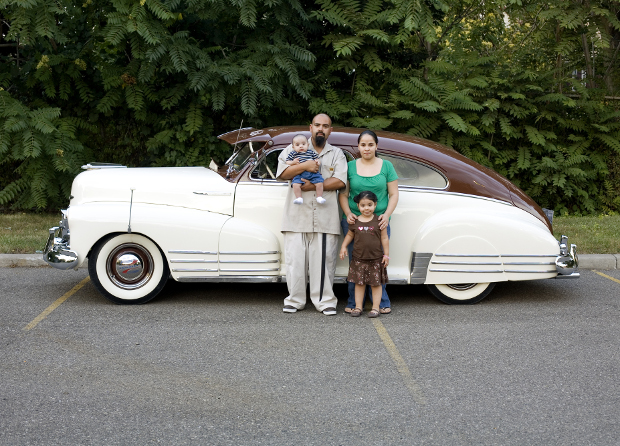 Corine Vermeulen, the Diaz family and their ‘48 Chevrolet Fleetline, 2008. From The Architectural Imagination's My Detroit Postcards So in response, The Architectural Imagination has commissioned 12 projects from 22 American architects, to go on display this weekend. The works, which are made up of some 250 objects including architectural models, drawings, collages, and videos are impressive in themselves. However, the exhibit will also include 20 postcard views of Detroit which Davidson and photographer Camilo José Vergara selected from the 463 entries submitted by Detroit citizens in an open call for pictures that express the essence of the city.

The exercise, entitled My Detroit, is a worthy piece of architectural fieldwork, yet the pictures, which will be given away as free souvenir postcards at the biennale, are pretty great in themselves. 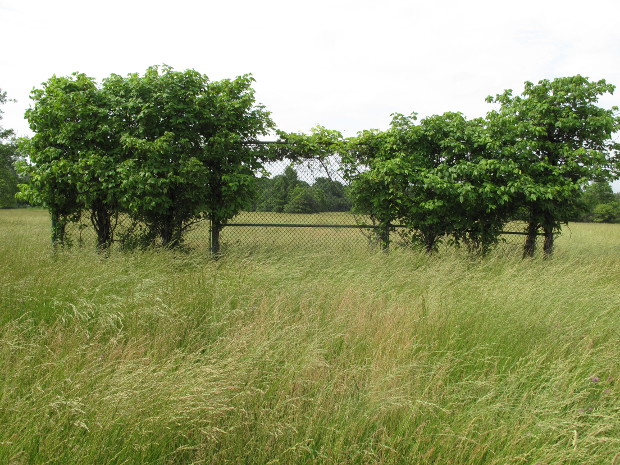 Bill McGraw’s Ghost baseball fields looks an outtake from Richard Prince’s Upstate series of photographs; Corine Vermeulen’s shot of Ray Shawn and his uncle’s van would suit a modern Magnum photo story; while Erik Herrmann photograph of Dollar General at Lafayette Park brings to mind the best of Stephen Shore’s American Surfaces. Perhaps someone should find some space in this empty city for a first-class photography museum! Find out more about The Architectural Imagination here; for more postcard fun, consider Martin Parr’s books Boring Postcards and Boring Postcards USA; for more on how cities are changing in the 21st century, order a copy of Living in The Endless City; and for further great views of the American landscape, consider Stephen Shore’s American Surfaces, a ground-breaking photo-diary of Shore's experiences crossing America in the 1970s.